Sanctioning the World Out of Dollars and Into Gold 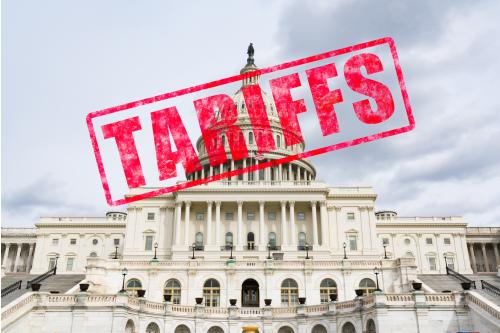 Sanctioning the World Out of Dollars and Into Gold

Sanctioning used to be an effective way to get other countries to do or stop doing something. Today, it is as likely to cause as much or more harm to the sanctioner, as it is the sanctioned. For the last 30 years or so, the United States economy has been a consumer economy. Whereas we used to produce much of what we consumed, in recent years we have tended to consume much more than we produced. This has led to huge imbalances throughout the world, namely, the “trade deficit” we hear so much about in the news. Production has been moved to other countries where it was cheaper, and Americans didn’t complain, because they could buy more for less money. But that tide is shifting, and those without the protection of precious metals will be found to be swimming naked. We have identified these trends that diminish the Dollar before, and they have only continued.

As the issuer of the premier World Reserve Currency, the US has enjoyed an enormous privilege. Nations around the world have used Dollars for commerce, even amongst themselves. Because of the ready acceptance of Dollars in commerce, many nations have also stored vast sums of wealth in Dollars, and Dollar-denominated securities. Americans have purchased goods from all over the world, in exchange for Dollars. Manufacturing closures in the US have decimated town after town, but few complained because they could buy manufactured goods inexpensively. When the US was unhappy with someone, such as Russia, North Korea, or Iran, we would often “sanction” them, and restrict their ability to trade in Dollars or spend the Dollars in their reserves.

Because people still had to eat and live whether we sanctioned them or not, they began to find ways to trade without using Dollars. We have tried to use the sanctioning tool so much, that the targeted nations have become nearly impervious to our efforts to hinder their trading. Not only that, but they have developed trading systems that other (non-sanctioned) nations also want to adopt, to lessen the impact of being sanctioned by the United States themselves. One of the most useful hedges for sanctioned nations has been gold. Russia has been sanctioned so many times, that they have recently dumped half of their US Treasury bills in April, owning less US debt than the small island of Bermuda. Turkey has done something similar, and Norway has reduced US Treasury holdings by 40%. In the case of Russia and Turkey, gold has helped fill in the gaps. 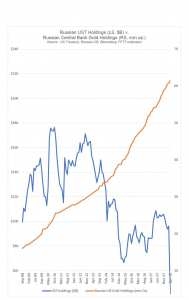 While China has the potential to sell significant US Treasury holdings, it remains to be seen whether it would follow Russia’s lead in doing so. But they have other means of diminishing the role of the Dollar in trade, namely, the Petro-Yuan. China is creating a network for the Yuan to be used as a regional oil currency.   An additional opportunity for Yuan to displace the Dollar is being developed in other important emerging markets, as a regional Reserve Currency. Just last week, it was reported that 14 African nations are considering switching to the Yuan, for that purpose. These developments appear to be related to an ongoing Chinese initiative we have mentioned before, called the “Belt and Road Initiative”.

The series of interest rate increases in the US is having a detrimental effect on emerging currencies worldwide, and many nations have found refuge in gold. In fact, those we have sanctioned in the past and present, such as Turkey, Iran, and Russia, have helped bring gold into the forefront of modern trade. The same strategies used by foreign nations, to insulate themselves from American sanctions and tariffs, can be used by American citizens. By purchasing and storing gold and silver, Americans can protect their savings from the uncertainties created by American policies. There is even an exciting new way to store your gold and silver, independently of the banking system. 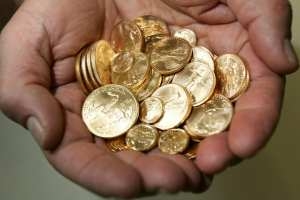 Politicians declare war and decide when military actions will be taken. But it is the citizens of a nation impacted most by the wars declared, and the actions decided upon. In the same way, politicians declare “trade wars”, and decide when economic sanctions will be applied. But it is the citizens, in this case, American citizens, that will be the most impacted by the trade wars. Wars are fought with guns, tanks, and bombs, along with blood, sweat, and tears. Trade wars are fought with money. When tariffs are increased on goods and services from China, for example, someone ultimately has to pay those tariffs. While it might sound good to some to “make China pay”, the reality is that the tariffs on China become a tax to the Americans purchasing those items. A 30% tariff on a pair of socks from China, becomes a 32-35% increase in the price Americans pay for those socks. We have to remember to add in the extra sales tax that results. 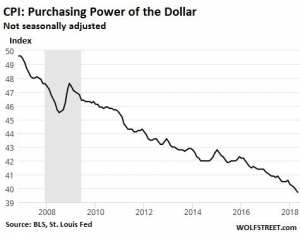 This requires more and more Dollars to purchase the same amount of goods and services, otherwise known as price inflation, to the average American. I am not saying the tariffs being bandied about and imposed by our leaders are not justified; perhaps they will turn out to be a beneficial part of an overall plan. But in the interim, costs of living are likely to rise for Americans. This means the value of each Dollar in our wallets or bank account is likely to continue its downward march. As we have mentioned previously, inflation is already making it's marked here in America, and around the world.   The ongoing rounds of sanctions, tariffs, and trade wars will do nothing to diminish that inflation, but will rather stoke the fires.

In order to protect ourselves, we would be wise to consider the 5,000-year-old method that has seen it all, “been there and done that” a thousand times before. While we might be seeing circumstances and conditions that are new to us - new to 80% of those alive today, it provides ample reason to diversify into an asset that will continue to have value no matter what. While the fires of inflation burn up an ever-increasing amount of paper currency, gold, and silver shine more and more brightly. We will keep you updated as things progress...