We Are Living in a Gold-Friendly World 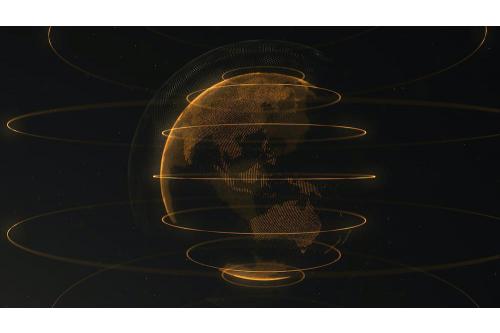 We Are Living in a Gold-Friendly World

Long ago, back in January, we told you about an upcoming change in how the world would buy and sell oil, and how that could be detrimental for both stocks and the dollar. After several delays and false starts, the Chinese Yuan-based oil contract officially began trading on March 26, 2018. We also wrote about the recent announcements concerning new tariffs, and a trade war between the United States and other nations, including China, and the challenges this might pose for the financial markets. It appears that the relationship between these two events is not merely correlational, but causational. Perhaps the tariff and trade issue came to the surface when it did, as a response to the Chinese oil contract going live. We also mentioned, that the result of both of these events would prove difficult for the stock market, and create the type of uncertainty that Gold and Silver tend to thrive in.

So far, this analysis has proven to be accurate. Since the January article mentioned above, stocks have come down 10% from their peak, and have entered negative territory for the year. Traditional safe haven bonds are also lower in this environment (see graphic), offering the risk averse investor little reprieve. Meanwhile, both Gold and Silver are in positive territory for the year, and are outperforming the major stock and bond indices. This is the second year in a row that Precious Metals have bested the stock indices in the first quarter.

The Look Ahead at Precious Metals 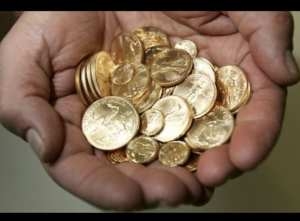 So, where do we go from here? It is important to note, that trends often take time to fully develop, and be acknowledged as trends by traditional economists. Our goal here at the US Gold Bureau is not merely to help you make a quick $Buck from speculation. Our goal is to help you position yourself and your family correctly, to take advantage of emerging long-term trends before they are recognized by the public at large. The only way to benefit from the momentum of an incoming wave, is to be positioned in front of it. It is now abundantly clear, that the waves of momentum have begun to build, against the Dollar, and against the financial markets. As both distant and recent history have shown, when the tide of inflation begins to rise, often it is Gold and Silver that float to the top.

Our analysis and belief is that the current trend developing has a long way to go, before any kind of significant reversal takes place. There will continue to be more non-Dollar contracts utilized, for everything from oil, to nickel, to soybeans, etc. As these contracts become more widely acceptable for China, other nations will also want to deal on their own terms as well. The cat is out of the bag, so to speak, and it will be virtually impossible to stop the momentum from building. Not even war will prevent, although it may slow, the worldwide procession away from the Dollar, and towards other currencies and benchmarks (including gold). The net result of this, is a weakening Dollar over time. Normally, a period of rising interest rates tends to strengthen the Dollar, and weaken precious metals prices, in Dollar terms. But for the last few years, the opposite has been true.

Since 2015, each 0.25% increase in interest rates, preceded a 4.5%+ increase in the price of Gold. While interest rates have been raised a total of 1.5% since 2015, Gold has been up 28%. This would indicate that people are demanding more proof that the US Government will be able to pay its’ obligations, and are not satisfied with merely a “promise” to pay higher interest rates on unsustainable debt. Meanwhile, Gold and Silver continue their 5,000 year habit of paying their bills just fine. As outlined in “The 7.0% Solution”, an ounce of Silver today will buy the same amount of grain as it would in 200 B.C. This is a track record that has been impossible for any fiat currency to achieve. The purchasing power of paper currency tends to decrease significantly over the course of even 20 years, reaching -0- long before 2318 years are up. 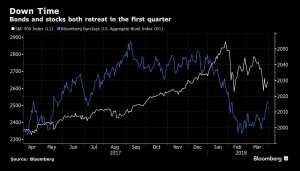 With indications surfacing that Americans are pulling money out of the stock market (over $40 Billion so far in April), and Billionaire Ray Dalio making a $22 Billion bet that the markets will decrease for the foreseeable future, it becomes hard to believe that precious metals will not benefit from receiving at least part of those funds. Furthermore, the increased trade tensions between the US and China creates a desire for stability, which tends to benefit Gold. These trade tensions do not appear to be ready to abate any time soon, with each day bringing an announcement of either new tariffs, or retaliatory tariffs in response. Confused money is heading for the sidelines, with some of it being converted into precious metals.

The ongoing “Belt and Road Initiative”, has been touted as the largest construction project in the history of the world. As such, it is increasing demand for various commodities and construction materials, which causes inflation to rise. Most, if not all, of the “Belt and Road” are being completed outside the US Dollar universe. There has been some talk of an alternative network developing, including the US, Japan, Australia, and India, to help counterbalance the efforts of China and the 70 or so nations involved. But such an initiative would only serve to increase the demands for finite goods, services, and construction materials, thereby increasing inflationary pressures even more.

With world trade, the Dollar, and stock markets in such a state of flux and uncertainty, we believe it makes sense to include an unhackable, unshakeable staple to your investment portfolio. Nothing has a more proven track record for preserving purchasing power, or providing portfolio insurance, than Gold and Silver. There is no easier way to get started, and perhaps no better time than now. The US Gold Bureau has helped thousands of Americans begin a new path to financial peace and security. For many, the journey started right here.

Posted in: Investing, History, Gold
By Bill Stack
More from this author
Did you like this post?
0
0
Search The Blog
Categories
Recent Posts