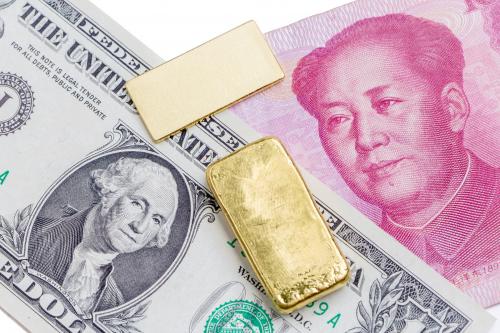 Continuation article from Tax Reform and You

There are several headwinds to the present and future value of the Dollar. The casual observer might think that it has to with the government shutdown, or the petty politics in Washington. With the latest shutdown ending hours ago, the next potential shutdown lies just weeks ahead. While both of those things are currently influencing our currency, there are other significant events happening worldwide to cause our monetary malaise, that have little to do with domestic politics. In this article we will discuss the recent downgrade of US credit to BBB+, the reduction of US Dollar reserve assets held internationally, and the reduced use of the Dollar in global trade. Against this backdrop, precious metals have begun to shine brightly.

Due to the ongoing reduction in the value of the US Dollar on the world stage, it has become far less popular for foreign governments to hold Dollars as a reserve asset. China and Japan collectively hold 36% of the outstanding US Treasury debt, which is the smallest percentage they have held in 18 years.

Normally, rising interest rates serve as a magnet for foreign capital. But instead, the Dollar is losing more ground than what can be made up by higher interest rates currently available. While the 10-yr Treasury is yielding more than comparable government debt in Europe or Asia, the losses incurred when converting back into local currency (such as the Yen, for the Japanese) exceeds the yield earned on the US Treasuries. This means that purchasing or owning US Treasuries is an expense, rather than a source of income, for many foreign nations.

This reduction of US Dollar assets is not limited to China and Japan, however. In October 2016, the IMF included the Chinese Yuan in the composition of world money, known as the SDR. Last summer, the European Central Bank (ECB) purchased $500,000,000.00 worth of Yuan to diversify their reserve assets. This has been followed by announcements and purchases of Yuan by Switzerland, France, and Germany, among others. In each case, US Dollars or Treasuries were liquidated to reduce Dollar reserves, and increase Yuan reserves.

While the Dollar comprised 70% of reserves as late as 2001, it was reduced to 60% by the end of 2012. Since that time, the Dollar has played a major, but less significant role as either a reserve currency, or in world trade. While the Yuan’s reserve role has increased by 19% in the last year, the Dollar’s reserve role has been reduced to slightly over half of what it had been initially. This trend seems poised to continue. While we produce 24% of world economic output, we comprise over 50% of world financial reserves. These numbers appear ready to reconcile further. 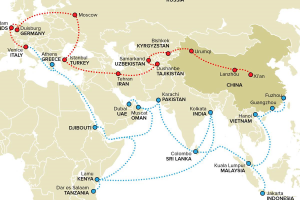 Another of the reasons for the Dollar playing a diminished role in world trade has to do with perceived abuses of reserve currency status, on the international scene. The US State Department has often used the threatof sanctions, or confiscation of Dollar assets, as a technique to modify the behavior of various nations. This has helped to force alternative mechanisms of trade to the forefront, in order to bypass the effects of sanctions or other economic penalties. A prime example of this is evident in the “Belt and Road Initiative”, sponsored largely by China. This initiative benefits 70 nations, and 62% of the world population, but not the United States. There have al-ready been $ 5 Trillion worth of contracts and projects started, with the potential for up to $ 26 Trillion, between nations that are bypassing the Dollar, and the services of US corporations. That is a lot of trade and business for the US to be missing out on, and this trend looks like it will continue.

Helping to fuel the “Belt and Road Initiative”, is a series of pipelines constructed as a joint Chi-na-Russia project. These pipelines are already facilitating 30,000,000 tons of oil trade between the 2 nations, completely outside the realm of the petro-dollar (no dollars are traded hands for these oil purchases). With China as the largest energy importer, this is also a significant amount of energy trade each year that no longer uses American Dollars.  China is set to expand the ability to trade oil for Yuan with other nations as well, by the means of a new Yuan-denominated oil contract. Trading oil for Yuan has already started unofficially, between some nations in Africa and South America. The Yuan/oil futures contract expects to begin trading in March 2018, at which time any nation will be able to purchase oil with Yuan, instead of Dollars. This will further decrease the need for foreigners to hold Dollars as a reserve asset. 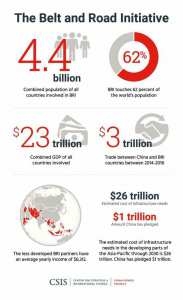 You might remember hearing about US debt being downgraded from AAA to AA+ by the American rating company (S&P), back in 2011. But you might not know that we have been down-graded 4 times, and currently maintain a BBB+ rating with some foreign ratings agencies. This puts our credit worthiness below that of countries like Botswana or Russia, and similar to Colombia or Peru. The most recent downgrade occurred last week, by a nation that holds $ 1.19 Trillion of US Treasuries in reserve. Significantly, their outlook for the ability of the US to pay its’ debt has been changed to “negative”, which might help explain why they are diversifying into gold and other assets.

As we mentioned recently in our article on tax reform , the benefits of tax reform might not outweigh the effects of a falling currency. Some of the reasons we have been downgraded to BBB+ are related to the tax reform plan. But regardless, the effects we are seeing already match those we warned about. Thankfully, we can still protect ourselves. While assets such as stocks are trading at all-time highs, precious metals began consolidating last year, and appear poised to continue to gain in 2018. Perhaps it is time to consider converting more descending paper assets into ascending metals.