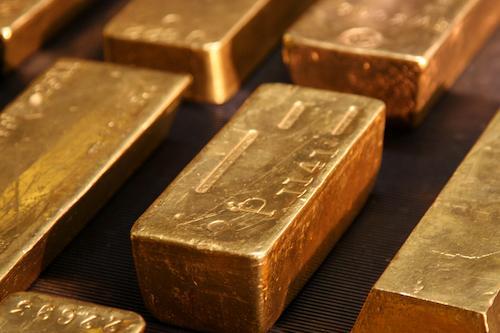 As we mentioned during last week’s Metals Minute market update, the Cost of Living Adjustment (COLA) for Social Security and other government pensions is increasing to 5.9% for 2022. The increase is somewhat of an anomaly and the highest COLA offered since 1982. Before introducing the inflation-adjusted COLA in 1975, changes to these payments required legislative action each time, meaning a vote in Congress, and a majority of lawmakers had to agree to approve an increase. Pre-Nixon Shock in 1971, the dollar was correlated to gold and the need to increase Social Security payments due to inflation was diminished. When legislation decoupled the dollar from gold price, inflation became so routine that lawmakers created the COLA to allow automatic routine increases in benefit amounts.

Origins of Cost of Living Adjustment

In 1975, the introduction of the inflation-adjusted rates increased each year in a range from 0 to 14.3%. To find the average increase throughout the years, we add all the COLA adjustment percentages since the initial inflation-adjusted COLA in 1975, which provides 173%. Dividing 173 by 47 (years of COLA), you arrive at 3.68% as the average COLA each year for the last 47 years. Sadly, COLA only affects the amounts received from social security and other government pension programs. Many other types of income have no direct connection to COLA increases, which can remain stagnant over time. Many company pensions (when offered), for example, do not provide inflation adjustments to the payments received. Nor do traditional savings accounts or other savings instruments. Thankfully for us, by allocating some of our savings to gold and silver, we can hedge against this inflation.

According to the Social Security Administration, the inflation-adjusted COLA is determined by comparing the average CPI-W (Consumer Price Index for Urban Wage Earners and Clerical Workers) from the 3rd quarter of one year to the next. The CPI-W is calculated by the Bureau of Labor Statistics (BLS), a branch of the US Department of Labor, and is available on their website. There has been much discussion about whether or not the CPI provides an accurate estimate of the actual inflation experienced by average Americans, with some making the case that real numbers are often more than double what the CPI indicates. For a deeper dive on inflation and the “Chapwood Index” vs. CPI, read here. The point is, even with COLA in place for a portion of our future income, more protection is needed to overcome the effects of inflation.

When we compare the performance of gold and silver to the inflation-adjusted COLA increases made since 1975, we find that COLA does not keep up with the performance of precious metals over time. An important caveat is that sometimes gold and silver decrease in price, but a COLA is never less than zero. So there will be short periods when an inflation-adjusted COLA of 0 outperforms gold or silver of -5%, for example. But when we zoom out and look at a period of years, this is where the strength of gold and silver is on full display.

The swings illustrate the nature of silver vs. gold and help determine the role that each can play in our portfolios. Gold is more sure and steady, while silver is more volatile, offering higher growth and more significant losses at times. Over time, both have outperformed inflation-adjusted COLA.

What is more important today is what happens during periods of heightened inflation or stagflation. We have now entered into a period of inflation, as evidenced by the highest inflation-adjusted COLA in nearly 40 years. With global growth slowing at the same time, stagflation is the inevitable result. When we compare the performance of inflation-adjusted COLA since 1975 vs. silver/gold during periods of inflation, the differences are even more remarkable in favor of silver and gold.

As we look at the economic environment we now find ourselves in, have you considered investing in precious metals a hedge against inflation? Owning precious metals allows every American to create their inflation-adjusted COLA, especially during inflationary periods like we are entering now. By placing a portion of your savings in gold or silver, you can help ensure that the assets you have today can help make the purchases you will need to make in the years ahead.