Gold, Stagflation and a Word About Basel III 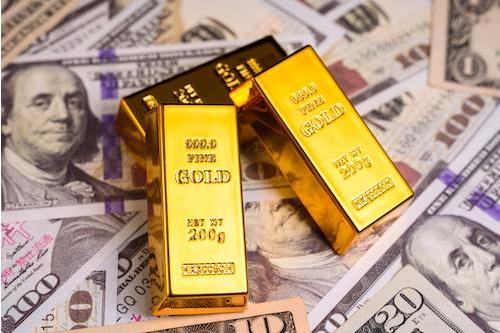 Gold, Stagflation and a Word About Basel III

Early signs indicate that we may be entering a period of “stagflation,” a unique economic condition that can make life difficult for many Americans, while being historically supportive of gold.  As we begin this discussion, it is important to define some key terms.  Stagflation is an informal word formed by combining the concepts of “stagnation” and “inflation.”  Stagnation describes a situation where economic growth is lacking, or even moving backwards.  Inflation describes a condition in which costs to the consumer are rising.  While there are certainly more academic and esoteric definitions for these words, it is important to describe them in language that has meaning for our everyday lives.  Stagnation is not good for the economy or populace, and inflation can make life difficult for the populace and negatively impact the economy.  Experiencing both stagnation and inflation simultaneously, or “stagflation,” provides an economic double whammy that gold has historically thrived in.

Some would point to the trillions of dollars being created and pushed out into the economy as evidence of current or future growth.  But the obvious question for me becomes, if there is significant growth of any kind, then why do we need such a massive stimulus?  As the graph indicates, the U.S. Treasury has issued over $1 trillion worth of bonds and notes in the last four months alone.  This is the highest amount of debt created in such a short amount of time than has ever occurred in the history of the United States.  From where I sit, the powers that be are obviously trying to create economic growth where they see stagnation beginning to develop.

At the same time that trillions of dollars of debt are being issued by the U.S. Treasury to combat stagnation, the Federal Reserve has been doing their best to allow for higher inflation.  As we have discussed previously, the Fed has raised their target rate from 2% to an undefined higher amount for the time being to make up for lower previous levels of inflation, since its goal is to achieve an average 2% rate of inflation over time.  While they claim this higher rate of inflation is only “transitory,” we explain in this short installment of our Metals Minute series why “transitory” doesn’t necessarily mean “temporary.”  So, we have one pillar of U.S. financial power being used to fight against economic stagnation, and another being used to allow higher inflation.  I think that we should not be surprised when the end result is “stagflation.”

What does stagflation look like for the average American, and what does it have to do with gold (and silver)? Stagflation may look like rising prices, with wages possibly also rising, but at a pace that may not keep up with rising prices. In today’s version of stagflation, there are (and likely will continue to be) shortages of goods and services, adding to inflationary pressures for the goods and services that remain available in those categories. As stimulus and extra unemployment payments to individuals begin to taper, so will the upward pressure on wages, as millions are coaxed back into the workforce. But supply disruptions overseas will lead to continued shortages, such as we are experiencing currently with computer chips and automobiles. Because most manufactured goods purchased by Americans are made elsewhere, rising employment here doesn’t always translate into more plentiful goods available for purchase.

We are also likely to become an importer of inflation from other countries, as higher costs of manufacturing overseas combined with a falling dollar magnifies the inflationary effects.  In China for example, manufacturing costs have risen at their highest rates in over 12 years.  While inflation is yet to manifest for the Chinese consumer, the higher prices are being exported to those who purchase these goods overseas, namely the United States.  When we consider the combined effects of higher prices overseas, with a U.S. dollar that has lost purchasing power since the COVID-19 pandemic began, it puts many Americans in the crosshairs to pay higher prices.  As you can see from the attached dollar graph, aside from a temporary spike in value near the start of the pandemic, it has moved steadily downward since.  This means it takes more dollars to purchase fewer goods imported from overseas.

Gold and Silver Thrive During Stagflation

When we look at previous periods of stagflation, gold and silver were among the best performing asset classes, performing two to three times better than stocks (on average). The only asset class that performed better than gold and silver was oil, which is very difficult for the average investor to hold in physical form. For this stagflationary period, oil will likely not perform to the same positive degree it has in the past, due to the increased availability of alternative fuel sources for automobiles and equipment. This tends to highlight the performance of gold and silver, with the added benefit of both being useful in helping create the electric vehicle transition we are currently witnessing. There is currently little to suggest that gold and silver will not repeat their past performances during this stagflationary period.

An Update on Basel III

What happens when we consider the impacts of Basel III?  We have already seen a steady climb in gold and silver prices since our initial article on this international banking regulation.  There is good news and troubling news that came out over the weekend concerning the implementation of Basel III.  The good news is that our beliefs about the likely consequences of these rules on the paper gold manipulators at the LBMA, as well as on the true physical price discovery for gold and silver, appear to be largely correct.  The concerning news in all this is that there were new exceptions announced on Saturday (July 10th) for LBMA participants in London to help mitigate the consequences we (and they) saw coming.  It remains to be seen whether similar exceptions will be carved out for market participants on the COMEX or other exchanges.  Thankfully, there are plenty of other reasons to remain bullish on gold and silver - stagflation being one of them.

One of the best ways to protect ourselves during a stagflationary period is to own assets that will rise in value more than the rate of inflation. This will allow us to someday convert those assets back into the currency of the day to ultimately purchase items we want or need in the future. There are few physical assets available with features like this besides gold and silver.

Posted in: Investing, Silver, Gold, Platinum, Palladium, Market Alerts
By Bill Stack
Did you like this post?
0
0
Search The Blog
Categories
Recent Posts