Golden Anniversary of the Dollar Unshackled from Gold 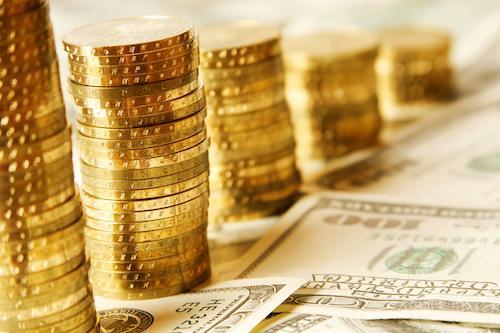 Golden Anniversary of the Dollar Unshackled from Gold

The 50th anniversary of anything is often referred to as the “Golden Anniversary.”  As of last weekend, 50 years have passed since President Nixon made his announcement concerning gold and the dollar (on Sunday, August 15, 1971).  This announcement became known as the “Nixon Shock.”  Curiously, he said that the move would be temporary, that it was being done to “defend the dollar,” and that the main beneficiaries of this temporary policy would be “the American worker.”  He also laid to rest the “bugaboo of devaluation,” and indicated that the majority of Americans who purchase American-made products would see little change in the purchasing power of their dollars.  Today, with the benefit of 50 years of hindsight, we will take a look at the impacts of this policy change on Americans back then, and the implications that continue for us today.

One of the unfortunate differences in the American experience of 2021 versus 1971 is that most items purchased back then were made here in the U.S.  Over the last 30 years, the American manufacturing base has been largely hollowed out, as corporations transitioned to using factories overseas.  This means that today, many of the products purchased by Americans are made elsewhere.  Whereas President Nixon correctly stated that a minority of Americans would likely see price increases due to devaluation, since a minority of Americans were purchasing foreign goods in 1971, , today, the majority of Americans purchase foreign goods, and, as such, the majority of Americans have experienced significant price increases, as price inflation rages.  Just as foreign governments such as France protected themselves from U.S. dollar devaluation by exchanging dollars for gold, individuals can achieve similar results today by purchasing gold with their dollars.

In a recent interview with Daniela Cambone, author and gold advocate Jim Rickards revealed that he spoke with some of President Nixon’s economic advisors who had helped craft the historic policy speech and were present at Camp David when the speech was given.  According to Rickards, the plan at the time was meant to be temporary, and the group intended to convene a new “Bretton Woods” type of gathering to formally create a new worldwide financial system.  In the end, they simply never got around to it.  In his book, Tyranny of the Status Quo (1984), famed economist Milton Friedman is quoted as saying, “Nothing is so permanent as a temporary government program.”  That was certainly true for the Nixon administration’s policy created on that fateful day 50 years ago.  While there has been no consensus reached on a new financial system, there have certainly been incremental changes through the years as a result of this action in 1971.

Clearly, if we judge the success of the policy by how the dollar has fared versus gold for the last 50 years, it was an abject failure.  Two of the stated goals were to “provide stability” and “defend the dollar.”  As the attached graphic shows, the dollar has lost 98% of its purchasing power since the Nixon administration nullified the Bretton Woods agreement in 1971.  While removing gold backing did not “defend the dollar,” those who purchased gold have been able to “defend their purchasing power” against dollar devaluation since then.  Between 1933 and the Nixon Shock, Americans were not allowed to own gold, except in small quantities or in certain numismatic categories.  Thankfully, this restriction was lifted three years after the Nixon Shock, by then President Gerald Ford.  Since then, Americans have been able to legally own gold in unlimited quantities sufficient to protect the purchasing power of all their dollar-based assets.

The effects of the Nixon Shock on the “American worker,” who is the main supposed beneficiary of this policy, have been mostly negative.  Granted, there was an increased use of foreign manufacturing in later years that did not exist at the time of the Nixon Shock, which also contributed to the negative experience of American workers.  But there is a distinct separation that occurred between the increased productivity of American labor and the compensation received for that labor that began after the Nixon Shock (see attached graph).  When the value of the American currency became unmoored from the stability of gold, Americans began to need an increasing quantity of dollars to afford the same lifestyle previously enjoyed.  Unfortunately, the value of the dollar has dropped faster than the quantity of dollars increased as payment for labor for the average American.

An example of how the Nixon Shock has affected the average American can be seen when looking at how the price of the average automobile has changed since then.  In my book The 7.0% Solution, I highlight how 100 ounces of gold ($3,500) has related to a new automobile. Today, that same $3,500 in cash would not purchase a new automobile.  But that same 100 ounces of gold (worth $179,000 today) would purchase three or more new automobiles of equal or better quality.  This illustrates how the dollar has become devalued against gold over time.  If you peruse the other items on the graphic and compare them to the prices today for similar items, it drives the point home a little further.  That is why, at every opportunity, I try to convert a portion of my paper savings into precious metals.  At today’s low interest rates, the opportunity cost is far less.

Many of the imbalances we see in today’s economy are a direct result of removing the implicit connection between dollars and gold.  Today, many people express dismay about the inequality seen between the financial statuses of the top 10% of earners in the U.S. compared to the bottom 90%.  The income gains prior to the Nixon Shock were experienced across the board in the U.S.  That is, Americans of almost every income level saw their paychecks rise at a similar pace to those groups above and below them financially.  Sure, the rich got richer, but so did the poor (get richer).  But since the Nixon Shock, the incomes of the poor and middle classes have seen little growth in real terms, while most income gains have gone to those at the top.  This is because dollars have been easier to accumulate by those involved in the securities markets than by those who earn income solely through their jobs.  Today, the percentage of national income derived from wages has declined by 20% in the U.S.

Return to a Personal Gold Standard

Unfortunately, the response by both the public and by policy makers is to call for more expansion of currency to try and fix the imbalances.  There is currently a push by some players to raise the minimum wage to $15 per hour, while others have already moved on to requesting $20 per hour.  An average increase of 25% to food stamp benefits has recently been announced (which will take effect in October 2021), as some politicians try to solve economic imbalances by spreading out more currency.  But as we have seen before, when more currency starts sloshing around, higher inflation ensues.  Higher inflation negates the improvements in lifestyle sought by the increased money supply.  A better solution for all of us, in my view, involves a return to a currency tied to precious metals.  This can help level the playing field and help the wages and savings of all classes improve at a more aligned pace.  Minimum wages paid with precious metals don’t have to be increased to protect purchasing power.  It pays to own precious metals.