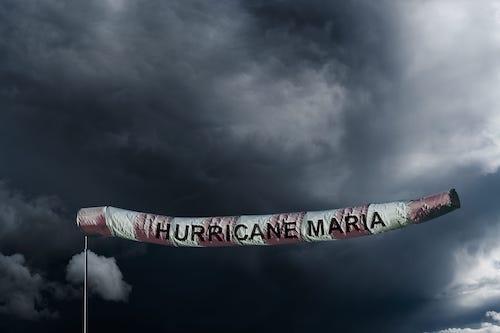 Long before Hurricane Maria was a wisp of a cloud forming in the Atlantic Ocean, Puerto Rico was in trouble. With an economy the size of Nebraska (small), they had racked up an amount of debt equal to that of California (huge). With the largest state economy in the US, California cannot pay their debts. As such, there is little hope for Puerto Rico to pay such debts, with an economy less than 1/10 the size.

Before the hurricane ravaged the island this month, the massive debts of Puerto Rico had already begun to ravage the finances of everyday Americans. Hurricane Maria has made things less certain, for those previously trying to sell their AAA-rated Puerto Rican Bonds for a significant loss, after the largest sovereign bankruptcy in the history of the US.

Many other states and municipalities, it seems, appear ready to follow Puerto Rico into the financial abyss. Times like these call for prudent measures to protect your family's future from the unsustainable largesse of government.

A few years ago, our office began receiving calls from bond traders, looking for yield-hungry investors wanting a "safe place to invest". They were hawking AAA-rated Puerto Rican Bonds, that were also federal and state tax-free. With the highest ratings available, implied government backing, and tax-free interest, what could go wrong?

As it turns out, plenty.

When large-volume bond traders start making cold calls to places like rural Missouri looking for money, it sometimes means someone is desperate for cash. Or, someone is wanting to liquidate positions before bad news becomes widely known. In this case, it was all of the above.

It all began to come crashing down last year, long before hurricane winds began to blow. We had not recommended these bonds to a single client. Thankfully, we recommended different alternatives, such as precious metals, and other assets designed to protect principal while providing income security.

Unfortunately, millions of Americans bought these bonds, either directly or indirectly, and have the pain (and losses) to prove it. Retirees that have worked a lifetime, are now sitting on assets worth only a fraction of what they had saved. Worse yet, those depending the income from bond interest have had to find other sources of income, or learn to make due without.

Some have no way, no time to make up the losses. Sometimes we hear comments in the news that it is only the super wealthy, or hedge funds on Wall Street that were affected by the bankruptcy in Puerto Rico, but nothing could be further from the truth. 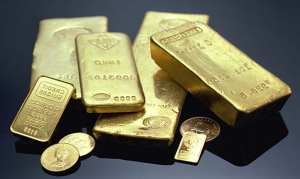 For those that do not own Puerto Rican bonds, there is still much to be concerned about. While many states are out of reach of even the largest hurricanes, financial woes extend from shore to shore. Connecticut is a prime example. Connecticut is the wealthiest state, per capita, in the United States. But even wealthy Connecticut is facing possible credit downgrades, budgetary nightmares, and several potential municipal bankruptcies.

We have to ask ourselves, when a wealthy state is in financial jeopardy, what does that say for the others?

As it turns out, pensions and budgets are being slashed nationwide, including in land-locked states such as Kentucky. Kentucky is far removed from the threat of hurricanes, but like Puerto Rico, California, Connecticut, and Illinois, Kentucky is in the midst of a financial monsoon. The state may have to confiscate an additional $3,200 from each household, to keep things afloat for a couple more years. That might be hard to do, since many Americans do not have even $400 set aside in savings, for the government to confiscate (tax).

If local, state, and/or federal governments cannot collect the additional revenue needed from the citizenry to close the budget deficits, then public services, bond interest payments, and potentially pensions, must be reduced. Herein lies the threat. If AAA-rated bonds are tied up in bankruptcy court in Puerto Rico, the same thing can happen anywhere in the United States.

Prior to the hurricane, there were proposals on the table to allow Mom and Pop investors to receive $0.50 - $0.85 for each dollar invested. Now, even those sparse recoupment amounts are in doubt. Then there is the matter of interest income not being received. People depending on the income for living expenses now have an asset they cannot sell, that is not paying the advertised interest (a double whammy).

Additionally, it is becoming harder for the United States to borrow funds internationally, as the world is reducing its' dependence on dollar-based assets. Many are turning to a gold-linked trading system, that does not accept dollars as payment, nor wants to hold US Govt debt as collateral.

With gold and silver becoming more and more accepted worldwide as both a means of exchange, and a store of value, there is good reason for us to follow suit as Americans. Gold and silver are indebted to no one.

As such, they cannot declare bankruptcy, or be tied up in court for years on end. They can be sold any time, with the proceeds used for major purchases (gold), or everyday trips to the grocery store (silver). They have also been proven to gain ground on paper currencies over time, and serve to protect your future purchasing power.

With the only budgetary certainty being uncertainty, we believe it may be time to shore up your financial future with something tangible.