Fiscal Sanity: Why We Need A Major Shift in Our Monetary System 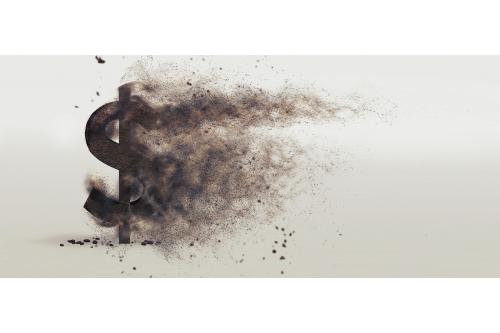 Fiscal Sanity: Why We Need A Major Shift in Our Monetary System

Debt as a Catalyst for Change

The wise man builds his house on a rock and the fool builds his house in the sand. The global monetary system as we know it today is headed towards a major structural shift away from faith in government, and towards fiscal sanity without the possibility of manipulation. The current belief that “government can fix all ills” simply by printing money, lowering rates or otherwise providing monetary easing in some form is a complete fallacy. Debt has been spiraling out of control since 1981, but the debt trajectory has really gone vertical since the financial crisis in '08 across the globe. America has seen its national debt almost double between 2008 and 2016.

From 1776 – 2007, the national debt went from zero to 11 trillion, then it went from 11 to 20 trillion in 8 years. The impact of this debt is that it, ultimately, puts an anchor on the productive economy due to the cost of servicing it. We’re trying to spend our way to prosperity, but it is both mathematically and economically impossible. We’re spending $4 in new debt for every $1 in GDP growth at current levels. In another era, this would have been labeled sheer insanity, but today, it’s all okay, at least for the moment. This has happened with rates artificially suppressed at zero or near zero levels and the true cost to service the massive debt load has not yet been truly felt.

If Nothing Can Fail, Everything Will Fail

Rates are now on the rise, at least temporarily, and we’re not even close to done reconciling with the debt situation that first caused global tremors in 2008 when the real estate credit market imploded. When this happened, governments around the world decided to kick the can down the road. The solution was to simply print more money to make massive bailouts and give people restored confidence in the system and lastly “reflate” asset prices. This was the chosen course over being responsible and dealing with the structural issues that caused the problem in the first place — excess debt. Looking back, it is crystal clear an entirely different path should have been taken, one where over-leveraged institutions were allowed to fail and fiscally-sound policies implemented economy-wide. The problem in the real estate bubble was they were lending money to anyone to buy a home that would supposedly go up in value forever. It clearly didn’t, and that bubble burst badly. Today, people can still buy homes with virtually nothing down, but they’ll now need a job and good credit to do so. Since they’ve bailed out everything and thrown money at banks, manufacturers and stock markets around the globe. Central banks have no business buying stocks, the fact that it is not being questioned is scary. The old adage of when nothing can fail, everything has failed has never been more poignant.

All of the money being used today for stimulus is borrowed money, printed out of thin air and massively increasing the countries debt load and productive economy. Central bankers call this “balance sheet expansion” to make it palatable to the public. It even sounds positive, as if a larger debt load on the balance sheet is a great thing! Think about the fact that they’re attempting to fix a debt problem by creating more debt. The very problems we had in '05-'07 have simply been moved from one part of the economy to another, now real estate lending is somewhat sane and controlled, although down payments are still far too small. The exact same underwriting problems exist today, in three different areas of the economy; student loans, automotive loans, and government borrowing. Governments now spend more than they take in almost every year, and continuously add to the annual and total deficits. There isn’t even talk of paying down debts, we just continue spending beyond our means. Economic principals do not exist for a short time here. In fact, a few years ago when a politician suggested fiscal discipline and balancing the budget they were labeled a “terrorist!” This is like helping a couple with $140,000 in credit card debt whom has maxed out their cards and can no longer make the payments and now no longer have access to any credit, offering them a new, $140,000 credit card at a lower interest rate and a lower monthly payment for the combined balance. Insanity, indeed.

The definition of insanity, as defined by Albert Einstein, is when one continues to do what they have always done, yet still expect different results. The fact that governments and central banks can print money, seemingly on an endless basis, will not provide for a positive outcome to the current economic situation. They’re doing nothing but delaying the inevitable reconciliation. People have bought into this faith narrative, quite surprisingly, for some time now and the big question is how long will the “full faith and credit” of global governments last? How should one position to protect themselves against the possible outcome of a loss of faith in an era of government financial engineering? The current debt bubble began in 1981 when credit creation shifted into high gear. The big government experiment of “balance sheet expansion” molded an illusion that the only form of currencies or savings tools are those administered by governments. The truth, however, is the polar opposite of this widely accepted narrative. Governments are currently tasked with the complicated challenge of allowing debtors to service their debt, while gross output grows at a rate lower than current debt creation. The other challenge the government must balance is to not diminish the purchasing power of the currency via runaway inflation without the perception of ongoing output growth and complete control.

An Alternative to the Status Quo

The option many have not considered for some time, is an alternative currency and store of value with a finite supply that cannot be manipulated by politicians — gold. The fact that we’ve gone off the gold standard is how governments have been allowed to accumulate such absurd levels of debt without being called out on it. The shift towards a sound fiscally balanced economy built on a stone foundation that cannot be manipulated will have clear winners and losers. Winners will be those who hold gold and other such assets, and losers will be those who have too much debt and speculatively priced paper assets. Gold will one time soon anchor central bank base monetary supply once the current financially engineered model no longer produces positive output growth for major global economies. This isn’t something government wants so they’ll do anything they can to delay it because when it does finally come it’ll result in a serious power shift and that is what the political class is all about, power.
May 3, 2017
Did you like this post?
0
0
Search The Blog
Categories
Recent Posts