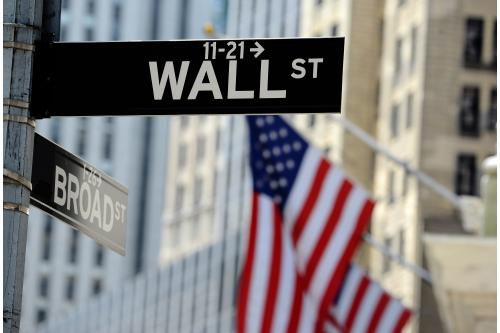 Investors know the market is one crash away from changing investing as we know it. Recent concerns over the global economy have led to the highest demand for gold in recent decades, as investors and central banks buy hard assets to protect against hyperinflation of the dollar. But hard assets are popular for reasons other than hyperinflation, and can return a profit even when the price is low. Below are some reasons why investors, including central banks, continue to turn to gold and hard assets in a volatile economic and political landscape. Inflation is caused when the value of the dollar decreases due to an increased money supply and a stagnant demand in gross domestic product. Hard assets like gold have a long-held intrinsic value, which becomes appreciated when countries print money to solve economic problems. Investors today literally buy tons of gold to roll into hedge funds, because they know governments will devalue their fiat currency by printing more. In this regard, owning gold is less about purchasing mining stocks, and more about physical access to the bars themselves. Investors keep hard assets on U.S. soil as a liquid asset, to have handy to sell when circumstances warrant. [caption id="attachment_5672" align="alignnone" width="300"]

Gold Coins and Gold Bars[/caption] Experts not only rely on tangible assets like gold for its intrinsic value; they use it to diversify their portfolio, which is largely considered the safest investment strategy. Diversification has made commodity markets a popular choice for hedge funds, sovereign wealth funds, private banks and pensions in recent years. In fact, the Teacher Retirement System of Texas was the first U.S. pension fund to launch a gold strategy apart from a commodities strategy in 2009, and combined with the University of Texas, holds over $1 billion in physical gold. Their investment highlights the demand for diversification as a matter of prudence and principle in an unstable economic environment. Because gold was largely neglected in favor of stocks and bonds from the 1980s to about 2007, investment funds have been left with little exposure to precious metals. [1] Given current global economic challenges, funds are not likely to increase their holdings in equities, but will look for balance in hard assets. Therefore, a relatively minor increase in gold investment will have a tremendous effect on prices. Gold and precious metals will never replace equities or bonds, but as asset managers increase gold holdings by one to three percent, the impact on the precious metals market will drive the price of gold. [caption id="attachment_6525" align="alignnone" width="300"]

Price of gold chart[/caption] Investors who think of gold as an extreme option should look to China, whose affluence has risen in the global economy, and where hard assets are considered a basic form of savings. The country has a long history of a volatile currency, but in the 2000s, China gold mines outpaced the world’s three leading producers to become the world’s largest supplier. According to financial analyst, Samson Li, “The Chinese have lost faith in the domestic equities market... which left gold as one of the more sensible investments.” The rise in China’s gold interest is not just due to strong economic growth, but also because ownership is low on a per-capita basis compared to international standards. As China’s affluence rises, world gold consumption is predicted to double over the next decade. Some investors say hard assets like precious metals can potentially return as the dominant financial asset in the global economy. The U.S. stock market has historically shut down during times of distress, such as the terrorist attacks on September 11, 2001, and there’s no telling what national calamity might lead the Department of Treasury to halt the stock market next. While the Gold Standard was abandoned decades ago, the U.S. dollar is today’s metric by which all other currencies are valued. When deep government deficits around the world – such as the one the U.S. faces today – become so large that creditors deny credit, the result is the crash of currency. That’s why currencies have historically fallen against gold; it’s the only asset that is trusted to not be tampered with by government.
February 3, 2017
Did you like this post?
0
0
Search The Blog
Categories
Recent Posts