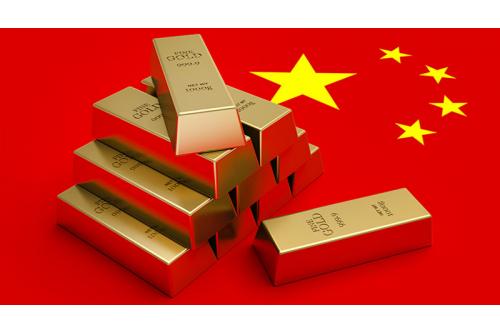 Earlier this week, patrons of a library in Massachusetts were asked to stop trying to pay fines for overdue books with Chuck E. Cheese tokens. For those unfamiliar, tokens at the children-themed restaurant are needed to play the arcade games, but are completely unusable at any other establishment. Because of this, they are of limited value to anyone except those frequently dining at Chuck E. Cheese.

In a similar fashion, purchasing oil has required the use of US Dollars. Since the early 1970's, all nations have had to own US Dollars, to purchase oil. That is where the term "petro-dollar" comes from. Even nations that do little-to-no trading with the United States, still have to purchase US government bonds or Dollars, to buy oil with. Nations that sell oil, have to sell it in US Dollars. Anytime someone buys or sells oil, US Dollars change hands. Unlike the arcade game tokens though, US Dollars have been used to purchase almost anything, from almost anyone, from almost anywhere. Until now.

A few days ago, the Chinese government announced a plan to offer oil contracts in their own currency, the Yuan. Those not wanting to store reserves in the Chinese paper currency, however, are encouraged to exchange it directly for gold, on the Hong Kong or Shanghai exchange.

This is a huge potential game changer, that will affect the pocketbook of the average American perhaps more than anyone else.

The US Dollar has been known as the "World Reserve Currency", for the entire lives of most Americans living today. Since every nation has needed US Dollars to buy or sell oil, every nation has used and kept part of their reserves in US Dollars. Think of US Dollars as arcade tokens, that are needed to purchase oil. What happens, though, when the world's largest oil importer (China), and the world's largest oil producers decide that US Dollars are no longer needed to buy oil? Suddenly, there is a glut of arcade tokens floating around the world, that are worth the most at the home arcade - the USA. Some oil producers with the largest reserves of oil, have already expressed their desire to ditch the US Dollar-based oil contract, in favor of the Chinese Yuan/gold-based contract.

When arcade tokens were useful to spend anywhere, because everyone needed them to buy oil, the US Treasury was able to print as much cash as needed, to purchase $500 Billion more goods and services each year from foreign nations, than what we produce ourselves. We (as Americans) currently purchase manufactured goods from all over the globe, because people have been happy to receive our Dollars. But with US Dollars no longer necessary to purchase oil with, many will no longer need or want to keep their arcade tokens, the US Dollar, in reserve. They will want to send or bring them to the United States, to see what they can purchase with them.

Some international players have resented the "exorbitant privilege" afforded the United States, and have accused us of meddling into the world's financial affairs. They grow tired of our incessant sanctions we impose on whomever is causing us trouble at the time. Because every nation has maintained US Dollar reserves to purchase oil, the US has had the ability to influence the stability and economy of many nations by "freezing" the Dollar-based transactions necessary for them to buy or sell oil. Understandably, some resent this meddling by the United States in their internal affairs, and have sought ways to bypass the US Dollar system, with varying degrees of success.

Strange things have happened to those that have taken practical steps to avoid using the US Dollar for oil purchases.

As we can see, there is an increasing desire among many nations of the world to ditch the US Dollar, for various reasons. But China is not Iraq, Libya, or Turkey. While tensions are increasing between the US and North Korea (which borders China), it is not a forgone conclusion that war with North Korea would prevent the implementation of China's new Oil-Yuan-Gold trade outside of the US Dollar. Perhaps it can delay it somewhat, but the pressure for a Dollar alternative will sooner or later overwhelm the ability of the United States to prevent it.

When that momentum reaches the tipping point, those holding US Dollar bonds and currency overseas (foreigners own almost half - see graphic below), will no longer want to keep them around. Just like arcade tokens that are useful only inside the restaurant mentioned in the first paragraph, many will say "please do not try to purchase our goods with US Dollars (arcade tokens); take them to the US to spend them." 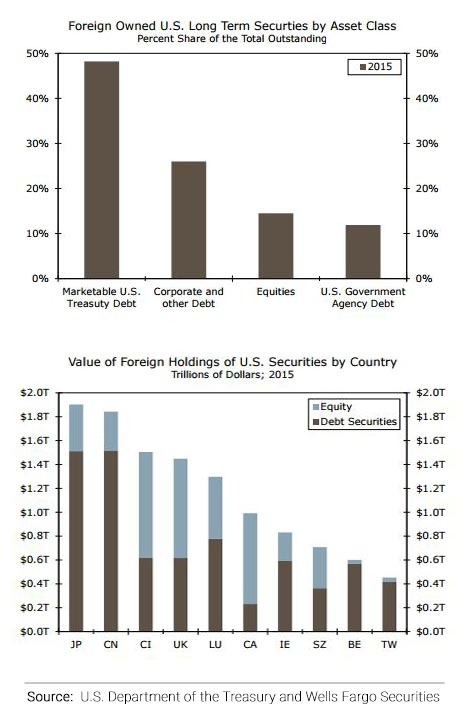 With $Trillions coming back into the US to be spent on something, the value of existing Dollars will plummet. With the rest of the world looking more and more to gold as a fair medium of exchange, perhaps you and I should as well. So far this year, the value of our $Dollar has dropped about 12% against other currencies, while the value of gold has risen about 16% against the Dollar. This process will likely accelerate, as the world implements further steps to diminish the Dollar's role in world trade.

You and I can continue to protect our family's financial future by storing a portion of our wealth in something solid with a worldwide appeal. Something with plenty of room to run. Got gold? Consider trading some of your depreciating paper currency, while you still can.

Posted in: Gold
By Bill Stack
Did you like this post?
0
0
Search The Blog
Categories
Recent Posts