What A Government Shutdown Would Mean For Gold Prices 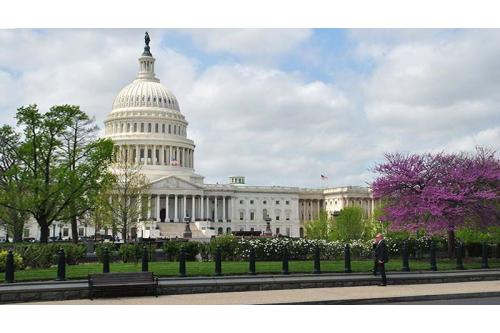 What A Government Shutdown Would Mean For Gold Prices

Gold Gold Prices
Sometimes, people think we are saving money when the government shuts down. But usually, we owe more money when the shutdown is over than we would have otherwise. The best way to protect ourselves against a government shutdown is to keep a portion of our assets in something they cannot print. While some politicians are saying they are certain there will be no government shutdown, others are not so sure. Much depends upon how well our politicians are getting along in Washington. The only thing certain about the upcoming budget negotiations is the uncertainty that many feel, for a variety of valid reasons. Uncertainty is usually great for gold. One would think that with the same political party controlling the White House, Congress, and the Senate, budget negotiations should be a cinch. But with the Republicans at war with themselves, the President, and the Democrats, there is not much consensus to accomplish anything much in Washington these days. History tells us that uncertainty is good for gold prices. That much is certain. But what happens when we miss budgetary deadlines, the Treasury moves into emergency funding mode, or National Parks begin to close, as they did in 2013? One of the biggest threats is the further downgrading of our bond ratings. US government debt was rated by all ratings agencies as AAA, the highest available, until 2011. The reason given for the downgrade was due in large part to the lack of consensus among government leaders about the debt and budget negotiations. There has already been the talk of a downgrade of US sovereign debt by another rater, even before the next shutdown occurs. Typically, when a nation's credit is downgraded, it requires them to raise interest rates as a defensive maneuver. Rising interest rates are sometimes seen as bad for gold prices, but not always. In this case, the reason for the rate increase would be to protect a falling currency. When the value of the $US Dollar goes down, the gold price, as expressed in Dollars, goes up. With the significant amount of US debt outstanding, it is unlikely they will be able to raise interest rates high enough to counter the falling Dollar.

In other words, any further downgrade of US sovereign debt would be positive for gold. Such a downgrade is a likely result of an extended government shutdown. Another factor to consider is what a government shutdown means for other asset classes, and how that relates to gold. Historically, the stock market likes certainty and dislikes uncertainty. Already, the uncertainty surrounding the looming government shutdown is concerning traders and investors. Money that is taken out of the stock market has to go somewhere. With interest rates on other stable products below the rate of inflation, gold is often seen as a better option. Today is no exception. With all the additional chaos going on today, funds from the stock market are already looking for an alternative. A government shutdown might provide the final impetus that frightened funds need to make the jump. Gold was among the best performers for the Q1 2017, as we reported to you a few months ago. It is also outpacing stocks year-to-date. In today’s world of “investing in what’s hot”, gold is what’s hot currently. Besides being in favor now, it has been perhaps the most legitimate place to store wealth for over 5,000 years. This makes gold a tried and true preserver of value, unlike Bitcoin and other cryptocurrencies. With bonds more and more at risk of default, and cash paying little interest, gold is increasingly seen as the best alternative to a risky stock market. When the rating agency S&P downgraded the US on 8/5/11, the Dow Jones average dropped 2.7% over the next month. When Egan-Jones lowered the US credit rating on 4/5/12, the Dow Jones lost 1% in 2 days. The world was considerably more stable then than it is today. Typically, during a government shutdown, there are alternating periods of confusion, hopelessness, and hopefulness, as solutions are worked out. But there comes a point at which people begin to lose confidence in their own currency, and the paper assets connected to it. When that happens, they begin looking for alternative longer-term solutions and are less apt to be tempted to store wealth in paper currency. Since 1999 the Dollar is down 80%, compared to gold. Penny candy now costs $0.50, and the “Five and Dime” has now become the “Dollar Store”. Whether we have a full-fledged government shutdown or not, the Federal Reserve sees more money printing in our future, “for an extended period”. Perhaps one day soon, the “Dollar Store” will become the “5 Dollar Store”. Not because the items sold are more valuable, but because our currency has become less valuable. But for those that plan ahead, the looming price inflation can be a non-event. Money that sits in cash, or in paper investments denominated in fiat currency, is in danger of losing purchasing power. Money that sits in gold, preserves purchasing power both for the owner, and/or the owners’ heirs, whomever they might be. How many paper assets can say that? Unfortunately, none. Fortunately, however, we are still able to purchase gold and other precious metals to protect ourselves from the action or inaction that happens in Washington. The Treasury is running out of funds, that much is certain. They currently have less on hand than was projected, and with floods and hurricanes to help pay for, it will only get worse. If the powers that be can simply get along, pass a budget on time (by agreeing to borrow more money), and avoid a government shutdown, it will be good for gold. Increasing quantities of paper currency tend to be good for gold prices. But if we see a government shutdown occur, it will be great for gold prices. They will still have to borrow more money and increase paper currency in circulation, but also push more people into gold ownership. You can still beat the rush, buy yours here, and enjoy some stability in the midst of the chaos. To learn more about investing in gold with the U.S. Gold Bureau, which offers a 100% authenticity guarantee on all purchases, request a free investors guide.
Posted in: Investing , Gold
By Bill Stack
More from this author
Did you like this post?
0
0
Search The Blog
Categories
Recent Posts