5 Signs It's a Good Time to Buy Gold 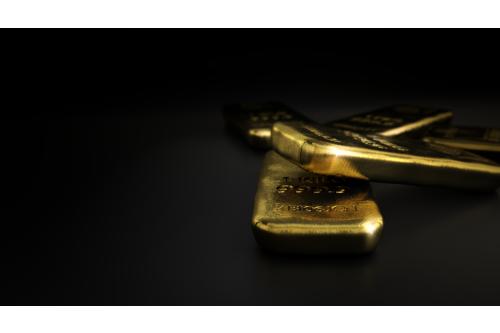 5 Signs It's a Good Time to Buy Gold

Gold Investing Invest in Gold
Investing is all about timing. So much of whether or not an investment will pay off has to do with when you buy, and when you sell. If you know you want to invest in gold, but you’re holding off for the right moment, how will you recognize when the right time is? There are a few things to keep your eye on that will help you determine when it’s a good time to buy gold. Any one of these five signs suggests making a gold purchase is likely to be worth your while. 1. When experts start talking about a coming recession [caption id="attachment_8282" align="alignnone" width="300"]

Signs of a recession[/caption] Nobody can predict the future, but many economic experts are able to carefully analyze current conditions and trends in order to make reasonable predictions about what’s to come. When what they see coming is bad for stock portfolios, then it’s time to shift your focus to gold – and the sooner the better. During the 2008 recession, the price of gold soared, hitting its record high in 2011. The people that paid attention to the experts that saw that recession coming and bought early were able to watch their investment rise in value while many around them were watching their savings in the stock market plummet. An economic recession is bad for nearly everybody, but for those who shift their investments to gold in time, it won’t have nearly the catastrophic effect it’s likely to have on others. 2. When financial analysts repeatedly mention a bubble [caption id="attachment_8491" align="alignnone" width="300"]

Financial Crisis[/caption] A financial bubble inevitably precedes a crash. How widely felt the crash of a bubble is depends on many factors, but in a lot of cases ripples will be felt across the entire economy. Recognizing a bubble is one of the best ways to be prepared for the consequences before the collapse comes. No matter what you see experts putting in front of the word bubble – it could be housing, student loan, stock market or something else – any kind of bubble can lead to a serious drop in the stock market and other traditional investment assets. As with a recession, if you can shift your own investments away from the parts of the market most likely to be affected and into a more secure commodity like gold, you can weather a lot of the worst consequences of the bubble’s burst. 3. When we’re in the midst of political uncertainty [caption id="attachment_8455" align="alignnone" width="300"]

US Flag, Capitol Building and Money[/caption] So much of the economy depends on people trusting in its stability. When people are confident in the political state of things, they spend more, invest more in the stock market, and hire more– activities that help define how healthy our economy is. When people become nervous about what’s to come, they get cautious and slow down or entirely stop doing the activities the economy needs to thrive. Sometimes you don’t need an expert to use the word “recession,” you can see the uncertainty brewing in other troubling news and political stories. If you can sense a general feeling of discomfort in the political climate and amongst people you encounter every day, it may be a sign of larger issues to come. It doesn’t hurt to check your own feelings against what analysts are saying – making emotional investments can sometimes backfire. But if you’re sensing a tense and unstable political climate, then it’s probably a smart time to choose an investment that’s historically fared well in troubled times. 4. When gold prices start to drop [caption id="attachment_8545" align="alignnone" width="300"]

Falling price for gold concept[/caption]   The catch with buying gold when political and economic factors are making other investments look iffy is that you’re probably not the only one thinking that way. By the time lots of people in 2011 were turning to gold as an alternative to the stock market in the face of the recession, they had to spend more for it because they came to the idea so late. Buying gold when you see trouble coming can pay off, but so can paying attention to the spot price day by day so you’re aware of opportunities to buy when the price drops. If you buy any time gold’s at a lower price than usual, you can have confidence the value will likely rise with time. 5. When you plan to hold onto it for a while [caption id="attachment_8025" align="alignnone" width="300"]

Bank vault[/caption] Like any investment, gold has its ups and downs in value. But when you take a step back and look at how gold’s value has changed over the last hundred years, the overall trend is clear. If you’re considering gold as an investment for retirement or something to leave behind for your kids, picking the exact right moment to buy isn’t necessarily as important as simply taking the step to buy at all. What matters is that you’re confident your investment will rise in the decades between now and when you or your family needs to cash in on it, and based on gold’s history, that’s a pretty solid bet. If you can somehow figure out the exact right moments to buy low and sell high, your gold investment will pay off more. But even if your timing isn’t perfect, there’s a decent chance your gold investment will become worth more over time and net you the financial security you need from it.
Posted in: Investing , Gold
Did you like this post?
0
0
Search The Blog
Categories
Recent Posts