Do We Put Too Much Faith in Paper Currency?

Do We Put Too Much Faith in Paper Currency?

When you hold a stack of money in your hand, it feels solid and tangible – like you know exactly what you’re looking at. The sad truth is, that stack of money could become essentially worthless overnight. For as much faith as we put in our currency, there’s no guarantee that it will maintain its value and plenty of historical precedent to expect it won’t.

You could spend all your life dutifully saving, do everything you’ve been told you’re supposed to, and still lose it all in an instant. It’s happened to people before, and it’s even happening to people right now on the other side of the world. 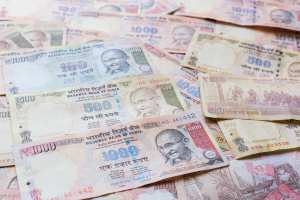 Millions of people in India found themselves scrambling a few months ago when the government announced they’d be phasing out two of India’s most common denomination notes. They gave people a little less than two months to deposit any bills of the denominations targeted in their bank accounts before the cash itself became completely worthless.

Anyone in the country with a safe full of those bills today might as well have an empty safe. One decision from the government rendered millions of rupees worthless.

Why would a government make such an extreme move? The goal in India was to reduce illegal activities, which are largely conducted with cash, and ensure more of the money changing hands in the country was on the radar to be taxed. Cutting out the largest denomination bills makes it difficult for anyone who does most their business off the books to avoid detection if they continue doing so.

For anyone with an especially large quantity of cash on hand, they had to be prepared to give the banks an explanation for why they had such a large amount, prove they’d paid taxes on it, or risk being taxed at 200% of the amount. That means at least some citizens likely found themselves with a pile of worthless cash after the deadline passed.

Because the government gave people a window to deposit their cash before it became worthless, most people didn’t lose everything. They were able to translate their paper money into money in a bank account. Thus, while the situation in India is a useful lesson in why we should never place too much faith in the paper currency we use day to day, it’s a far less catastrophic example of that lesson than some that have come before.


Times Cash Has Failed in History


Currencies fluctuate in value all over the world every day, but sometimes mild fluctuations give way to massive changes. At multiple times in history, people have watched their savings become essentially worthless without warning. Here are a few of the most extreme cases.


The case of hyperinflation in Weimar Germany is the most well known of those on this list because of the role it played in the lead up to World War II. During the First World War, Germany spent so much on the war and borrowed so heavily, that when sanctions were imposed on them after they lost the war, the economic effects on the country were disastrous.

The country’s paper currency became so worthless that people took wheelbarrows to work to get paid a day’s wages and kids played with bills that were widely regarded as being worth more as toys than they were as money. The crisis only ended when the government scrapped the old currency entirely and replaced it with a new one, but the effects of the economic uncertainty on the country’s population paved the way for the rise of the Third Reich a few years later.


While Weimar Germany’s hyperinflation may be the most famous case, Hungary’s situation in the years after WWII was worse. Like many countries around the world, the war left Hungary figuring out how to deal with the devastation of much of its physical infrastructure. With few businesses left intact and destruction of the railroad system compounding the difficulty of rebuilding, the government decided to try printing lots of money and providing it as low-cost loans in the hopes that doing so would kick start the economy.

Of course, the plight failed. At the height of the country’s inflation, prices in the country were rising at 150,000% a day. The taxes the government tried to collect would be essentially worthless by the time they’d collected them.

The government kept printing money at higher and higher denominations in response to the growing inflation. The Pengö, the main unit of their currency, gave way to the Milpengö, a bill worth a million Pengös, which was later replaced by the Bilpengö, and so on, until they reached Milliard Bilpengö, worth a billion trillion Pengös. Each of these bills in turn largely lost their value as more money was printed. Like Germany, they finally started over with a new currency called the Forint in order to help stabilize prices.

In the meantime, even workers with steady jobs faced poverty during the period of hyperinflation. Being able to make money didn’t mean much when the money couldn’t buy the things they needed. 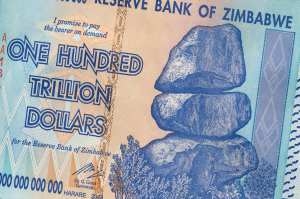 Those stories feel pretty far in the past for most of us today, but Zimbabwe faced something similar just a few years ago. At its worst, the country was looking at 500 billion percent inflation. Even before it got that bad, the New York Times described people buying million dollar chickens and paying over 400 Zimbabwean dollars for a single piece of toilet paper.

The hyperinflation in Zimbabwe also followed a war, in this case the Second Congo War, and occurred soon after the government confiscated private farms from landowners, which caused some foreign business owners and investors in the country to flee.

The inflation problems occurred from the late 1990’s to 2009, when the country stopped printing its currency altogether. Like Hungary and Germany, the country acknowledged the need to scrap the currency that had become worthless, but unlike them it didn’t replace it with a new Zimbabwean currency. Instead, the country shifted to using foreign currencies.

As in other cases of hyperinflation, the people of Zimbabwe, even those with a job, faced uncertainty at whether or not they’d be able to buy food each day. Nearly 3 million people fled the country altogether due to the chaos the inflation caused.

The memory of the effects of hyperinflation on the lives of the country’s citizens is so strong and dramatic that plans to reinstate Zimbabwe’s currency this past year incited riots. While the worst of the hyperinflation appears to be in the past, the economic future of the country and its people remains uncertain.

These situations all sound extreme and foreign to our ears. They’re the kind of stories we feel comfortable insisting could never happen here, but there’s no real reason to believe something like this won’t. The normal, everyday citizens that were affected the most by the economic uncertainty in these countries had no opportunity to see the situation coming.

In the United States, we’ve seen recessions, and a few remaining survivors can even remember the effects of the Great Depression, but we still largely trust that our cash, savings accounts, and stock market investments will remain reasonably stable in the years to come. A look at history suggests that trust may be unfounded. Any investments tied to the value of our country’s currency could be put at risk within a moment’s notice by world events and government decisions beyond our control.

One way to shield yourself from those risks is to consider investments that aren’t directly tied to the value of one currency.  Buying commodities like gold and silver is a good place to start.  If you’re new to investing in commodities and could use some more information, our Investor’s Guide to Precious Metals covers all the basics.

Posted in: Investing, Gold
By United States Gold Bureau
Did you like this post?
0
0
Search The Blog
Categories
Recent Posts