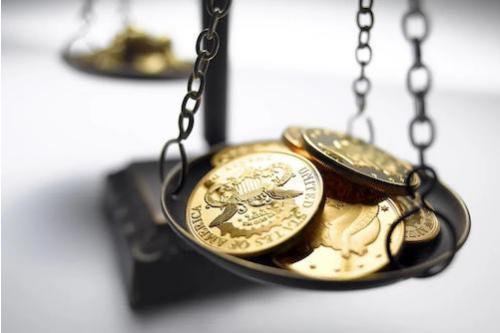 When one product or sector of the economy sees higher prices, there is sometimes a valid explanation for such a situation that is related to that product alone.  But when we see prices rising significantly in many sectors simultaneously, it indicates that perhaps there is something going on with the currency being used to keep track of those prices.  An unusually high amount of currency creation has led to record inflows to the stock market and an inflationary backdrop for gold and silver.  We inform you of these trends as soon as we notice them, but for many, the pain is still up ahead.  As prices continue to rise, the effects of massive stimulus and currency creation become muted and perhaps even ineffective.  It now takes nearly $4 of currency injection to create each additional $1 in GDP, as demonstrated in the chart below.

There has nevertheless been a temporary feeling of wealth and euphoria among those in receipt of stimulus funds, with the income of average Americans rising 29% since last year, according to the below chart.  While this has contributed to a temporary increase in savings, it has also fed into an increase of spending.  There are a variety of factors in play that have limited the supply of goods available, such as pandemic lockdowns, a container ship blocking the Suez Canal, and a destructive species of wood beetle damaging trees used to make lumber.  Against this backdrop, there has been a surge of currency created and placed into the hands of people that have been restricted in movement for more than a year.  Naturally, there is a pent-up demand to travel, build, and spend.  In the midst of the increased spending and inflation are new concerns around taxation.

Earlier this week, I was speaking with local accountant Berniece Robinson, who is an Enrolled Agent with the IRS and a Master Tax Advisor.  Berniece owns and operates a large tax practice in Missouri and has served clients in 35 states for over 50 years.  I asked her about potentially forthcoming tax legislation changes, and how she thought they might impact the average American.  Sometimes, we hear about changes that are only supposed to affect “millionaires and billionaires,” but might miss hearing about tax increases that affect everyone.  “Some of the new taxes have not been finalized and signed into law yet, but I am certain that taxes will be going up, not down, for most people,” Berniece said.

Some of the tax proposals from the Biden administration that she is most concerned about include the provisions about inheritance tax, higher capital gains tax rates, and the elimination of the “step-up in basis” provision.  Those concerned about higher capital gains taxes have always had the option to not sell an asset (stocks or real estate) and allow their beneficiaries to inherit the investments.  Often, for real estate, a piece of property can be sold by the beneficiary for little to no tax, due to applying the step-up in basis provision.  In other words, the cost to the beneficiary becomes the value of the asset on the date of inheritance.  If the asset is sold by the beneficiary for an amount at or near that stepped-up value, there are no gains to tax.  By eliminating the step-up in basis provision, the tax cost to the beneficiary upon selling becomes the same that the tax cost would have been for the original owner.

Let’s say you inherit a piece of property - a house, for example.  Your parents purchased the home in 1982 for $100,000.  Upon their deaths in 2021, the property was appraised at $1.4 million, and you sold it for $1.4 million.  Under the current tax laws, you would not owe any capital gains tax on the transaction, as your value basis was “stepped-up” to $1.4 million instead of remaining at the original $100,000 level, and there was no inheritance tax.  With the new proposals, you would potentially owe inheritance taxes, capital gains taxes, or both, upon inheriting this property.  Even though some of the $1.3 million increase in value is from the effects of inflation, it would be viewed as taxable gain.  This partially explains how inflation and taxes work hand in hand to redirect assets from individual coffers to government coffers.

In my opinion, one of the reasons the Federal Reserve is trying to create inflation above 2% is to help support an increase in taxes and, in turn, an increase in federal government revenues.  If an elected official were to announce an across-the-board increase in both sales and income taxes that would continue to increase every year, that official would not likely be reelected – at least if we’re just considering the taxation topic.  But, by way of inflation, taxes are increased every year, without anyone making such an announcement.  While it remains popular in some circles to announce plans to “tax the rich,” it is the invisible tax increases due to inflation that impact average Americans, often without their consent.  Federal, state, and local governments benefit from increased taxes due to inflation.  Deflation, while benefitting consumers, is bad for tax revenues.

For example, the cost of lumber is up at least threefold in the past year.  The National Association of Home Builders says the cost to build the average home has gone up  nearly $36,000 in the past year, due to increased lumber prices.  Guess what else has gone up threefold in the past year.  The total amount paid in sales tax to purchase the lumber has also increased (as is expected with any increase in consumer prices).  Higher home values resulting, at least in part, from higher costs for building materials, in turn, lead to higher property taxes.  So, the cost of ownership (comprised of property taxes, insurance costs, maintenance costs related to building materials) also rises for the average American who builds or owns a home.  Even an American who earns $50,000 per year or less has seen their taxes rise due to inflation already this year.

Let’s consider someone who doesn’t need lumber to build anything, who pays rent for a house or an apartment.  That rent is theoretically based, in part, upon the cost of ownership for the landlord.  When the landlord’s property taxes and maintenance costs rise, often so does the rent the landlord needs to charge.

Additionally, nearly everyone has travel and fuel costs to contend with.  The cost of a gallon of fuel has increased by 33%-50% this year, depending on where you live.  Some of the increase is due to a rise in oil price, while some is due to an increase in taxes.  Governments at both the federal and state levels charge a fuel tax on each gallon purchased.  But nearly 40% of states also charge an additional tax based on a percentage of the sales price.  As fuel costs rise, so do the taxes.  Not just for billionaires, but even for people earning minimum wage.

Berniece said there is some good news on the tax front, in the form of a federal tax credit for small businesses for employees receiving or recovering from side effects after taking a COVID-19 vaccine.  A tax credit of up to $511 per day per employee for up to 10 workdays that need to be taken off between April 1, 2021 and September 30, 2021 in relation to the vaccine is available.  But many of the other tax proposals and provisions may impact average Americans in negative ways, if enacted.  Small businesses or securities that were strategically not sold by the original owner in an effort to avoid higher capital gains taxes may have to be sold by the beneficiaries after all to pay the new inheritance or capital gains taxes coming due.  While these policies can negatively impact securities and real estate markets, they highlight the relative safety and growth potential for those holding gold and silver.

The United States Gold Bureau does not provide tax advice. This material has been prepared for informational purposes only and should not be relied on for tax advice.