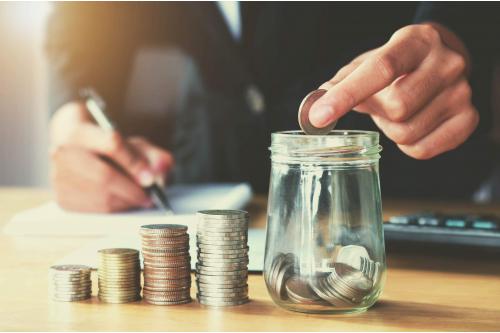 gold precious metals
Sometimes the best way forward is backward. In the history of the minimum wage, this would seem to be counter-intuitive. The federal minimum wage has been changed at least 22 times since it was established in 1938. If you count the minimum wage adjustments made by states and corporations, that number is much higher than 22. The first minimum wage was $0.25 per hour and has been adjusted only upwardly since then. Even the current level of $7.25 per hour is deemed insufficient by many, with several states and municipalities mandating local minimum wages more than double that amount. If raising minimum wages were a lasting solution, then perhaps we wouldn’t be pressured to do it again and again. I believe there is another solution, involving precious metals, that would be more lasting and effective.

A potential precious metals solution has already been acknowledged and is being considered by members of Congress. As we mentioned earlier, the Dollar is already defined as a fixed amount of silver. If pending legislation is passed, it could also become defined as a set amount of gold. This would have the effect of protecting the future purchasing power of the Dollar, thereby reducing the need to increase the minimum wage (in nominal terms). But before we describe the solution more fully, let's take a moment to understand the situation we find ourselves in today; how we got here, and where we are headed. This will help illustrate the need for the more lasting solution that precious metals have already provided, and will provide. Sometimes in the quest to create a reasonable wage, a raise becomes a loss instead. There are two trains of thought when it comes to the minimum wage. One camp says a higher minimum wage will provide employees with a higher income, which would help consumer spending and the economy. The other camp points out that a higher minimum wage can increase prices for consumers, and reduce the number of opportunities available to those who want to find their first job. It turns out there is an element of truth to both points of view.

There are indications of some entry-level jobs being eliminated due to automation, as corporations try to limit their exposure to rising wages. Areas such as retail and fast food, which often provide young adults their first work experience, are among those embracing automation the most. Instead of paying a cashier $12-$15 per hour to start, patrons are increasingly faced with a self-service kiosk of some sort to deal with. Even custodial work is not immune from some degree of automation, as large retailers consider floor-cleaning robots. While such tactics might temporarily placate shareholders and customers, who are focused on share prices and retail costs, entry-level employees find fewer and fewer opportunities to begin the work experience. Meanwhile, Amazon (the bane and competitor of traditional retailers) has just announced they are increasing their minimum wage to $15 and hoping other companies will do the same. Some have pointed out that such a move is not entirely altruistic, but somewhat necessary for Amazon to keep and attract employees in a competitive economy. For the first time in a long time, wages seem to be rising for Americans in many sectors. While wage earners generally cheer such a development, the overall effect is one of rising prices and overall inflation. Often the temporary gains in spending because of increased disposable income, are offset by long-term price inflation, thereby creating pressure for further wage increases, etc. This is why an increase to the minimum wage now will not solve the problem any more than it has the last 22 times it has been tried.

On the other hand, it is not fair or feasible to ask Americans to work for a level of pay that is untouched by inflation, when the goods and services they must purchase to survive to go up every year. As we have shown in previous articles, real inflation increases by 7-9% each year. That is, the cost of the most commonly purchased goods and services has consistently marched upwards over time. For a deeper dive on why “real inflation” is consistently higher than “official inflation”, and how you can protect yourself, see here. When we add the latest development of rising wages to the mix, it makes the precious metals solution even more valid and important to our financial future. To prove to you the power of precious metals to keep labor costs stable for companies, while preserving the purchasing power for employees, consider this example from page 78 of The 7.0% Solution. When minimum wage was $1.25 per hour (1964) quarters were made of silver. If quarters were still made of silver, the minimum wage could still be $1.25 per hour, thereby benefiting employers. But the purchasing power of those 5 silver quarters, is approximately $17.50 in today’s Dollars. Even with the currently depressed price of silver, minimum wage employees would have purchasing power exceeding that of the highest minimum wage being sought of $15 per hour, while employers could still have labor costs the same as in 1964. Another example from page 88, describes precious metals as “Forever Money”, which works in a similar way to a “Forever Stamp” at the post office. No matter what you paid for a “forever stamp”, or how long ago you purchased it, it will still get your letter delivered, no matter how high the future cost of postage may rise. In similar fashion, the same amount of silver needed to purchase a quart of grain in 200 B.C., will still purchase that same amount of grain today, 23 centuries later. How many paper currencies have been inflated out of existence since then? How much has a loaf of bread increased in the last 50 years? When priced in silver, it hasn’t changed much in 50 years, or 2,218 years.

“While one of the heaviest metals in existence, gold tends to float on a sea of inflation.” We already mentioned today the acknowledged need and legislation pending to link our currency to gold and silver once again. But given the current divisive legislative environment in Washington, even the most beneficial legislation sometimes has little chance of being enacted. The good news is, we do not need an act of Congress to protect our finances from the added ravages of inflation that rising wages will provide. By simply converting a portion of our savings into gold and silver, we can enjoy rising wages in the present, while protecting our ability to purchase items that will cost more in the future.

Posted in: Gold
By Bill Stack
More from this author
Did you like this post?
0
0
Search The Blog
Categories
Recent Posts