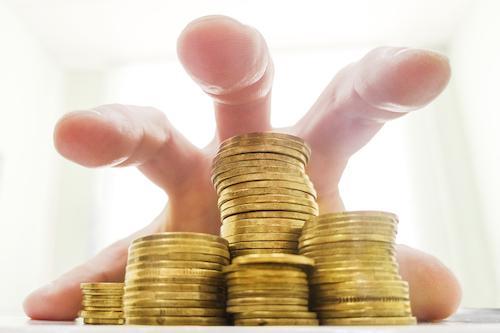 In 1933, the powers that be in America made it against the law to pay debts with gold, known as House Joint Resolution 192 .  Instead, all debts could only be “discharged” by offering a sufficient amount of “Federal Reserve Notes”.  The paper currency in the United States today continues to be called a “Federal Reserve Note”.  During that time, it also became illegal for the general public to “hoard” gold bullion coins, bars, or gold certificates.  All such gold coins, bars, or certificates in excess of 5 ounces, were to be turned in by May 1, 1933, under penalty of $10,000, imprisonment for up to 10 years, or both.  A special exception was made for "gold coins having recognized special value to collectors of rare and unusual coins”, which were allowed to be kept and traded at will under House Joint Resolution 192.

Power of a Precious Metals IRA

It is possible we may see a similar edict in modern times that affects both gold and silver.  This article addresses what could trigger a similar event in the future, and how we can protect ourselves.  Those who turned in gold were paid out in Federal Reserve Notes and coins, at the rate of $20.67 per ounce.  Soon after confiscating the gold, President Roosevelt raised the price to $35.00 per ounce.  The benefit of the increased gold price went to the government, not to the individuals who previously owned the gold.  A similar effect could be achieved today by means of a special tax created for gold, whereby windfall gains from selling gold are confiscated by the tax, without confiscating the gold.  Holding gold or silver bullion in a tax-deferred account like an IRA would nullify the effects of such a tax, allowing the owner to keep the gains.

While the financial circumstances were much different when HJR 192 was announced, there are other conditions today that could warrant a similar policy.  One difference this time, is that such a pronouncement could also involve silver, and not just gold.  In 1933, the currency created by the Federal Reserve had to have a 40% backing of gold held in government coffers.  President Roosevelt was trying to increase the money supply in order to help the United States recover from the Great Depression.  It was deemed a national emergency, in light of a rash of bank runs, whereby large masses of people would descend on their local bank to demand the withdrawal of their savings - often in the form of gold coins.  About 3000 banks went bankrupt during the Great Depression, with some depositors losing everything.  This led to a declared national bank holiday (closure) for a period of time, and the creation of the FDIC in June of 1933.

When was the last time you went to your local bank, expecting to receive gold as payment when cashing a check?  Unfortunately, gold is neither thought of as money by many Americans, nor does it limit the expansion of the money supply or deficit spending today.  We are again facing a situation when the nation’s debt limit must be increased, or face another government shutdown.  But the debt limit today is determined not by the percentage of gold backing, but by arbitrary limits imposed by politicians.  Thankfully, the increases in the money supply are approximately tracked by the rising gold price.  The attached graph illustrates this fact, with data going back to 1995.  There a few spikes way above the money supply, and short periods of time slightly below, but a person would be hard pressed to find a better protection against profligate money creation, than owning gold.

So what could be considered an emergency situation today, and why is silver likely to be included in future government confiscation schemes?  As mentioned earlier, the effects of confiscation can be achieved without the physical confiscation of gold or silver, by means of a special tax.  Currently, the gains achieved when selling gold or silver can be taxed below the tax rates paid when selling stocks or real estate, depending on your income bracket.  But with the stroke of a pen by government edict, tax rates could be changed to 70-90% for gains received on gold and silver sales.  This would only be likely after gold and silver have had the run that many are looking for, whereby gold is at $10,000 - 15,000 per ounce, and silver is $200-300 per ounce.

Many nations are securing more gold, and moving gold they currently own back into vaults in their own physical location.  Gold is gaining more prominence as a reserve asset worldwide, and is expected to play a major role in the next configuring of international finance.  The dollar’s status as world reserve currency is becoming long in the tooth, and many nations have begun using non-dollar assets (including gold) to transact business.  A return to any type of gold-backed currency standard would necessarily devalue the dollar, by revaluing gold.  Even without a currency reset, some analysts are projecting $8,000 gold within 5 years, based on historical precedents and patterns developing.  In light of these conditions, $10,000-15,000 gold is certainly within reason, given the expected rate of expansion of the money supply and currency creation.

While gold’s role in protecting against a national monetary emergency is readily understood, what about silver?  Lack of silver availability could also be deemed a national emergency in the near future, due to a whole host of reasons.  Primarily, the move to electric powertrains in everything from automobiles to sailing vessels, and the creation and storing of electric power from solar panels, could easily cause silver to be declared a national reserve asset, without which the nation could not function.  A little known fact about American shale oil reserves, is that these wells deplete much faster than traditional types of oil wells.  The oil received from shale is also too light to refine by itself, and must be mixed with other heavier oils to be useful for fuel or heating.  The current momentum building towards electric power and silver demand is not confined to the United States, but is worldwide.

With the entire world scrambling for silver and gold, for equally important industrial and monetary reasons, bullion ownership by the public could once again be ruled against the law in the United States.  This is why it is important to also own "gold (and silver) coins having recognized special value to collectors of rare and unusual coins”.  This is why I also own both Pre-1933 U.S. Gold Coins, and Proof 70 coins (which can be gold, platinum, or silver) with a certificate signed by the 38th Director of the US Mint, Edmund C. Moy.

The great thing about owning “gold, silver, and platinum coins having recognized special value to collectors of rare and unusual coins”, is that even if bullion is not outlawed again, these coins typically outperform bullion in most circumstances.  It is also a great way to diversify your holdings in precious metals, with coins that tend to increase in value even when bullion remains flat or goes down.  As Babe Ruth’s bat used to hit his last home run is worth more than a regular bat, rare coins can often perform in a similar fashion.

Posted in: Investing, History, Silver, Gold, Platinum, Palladium, Market Alerts
By Bill Stack
Did you like this post?
0
0
Search The Blog
Categories
Recent Posts
My Wish List
Last Added Items
Go to Wish List
You have no items in your wish list.