Triumph of Gold and Silver Over Taxes 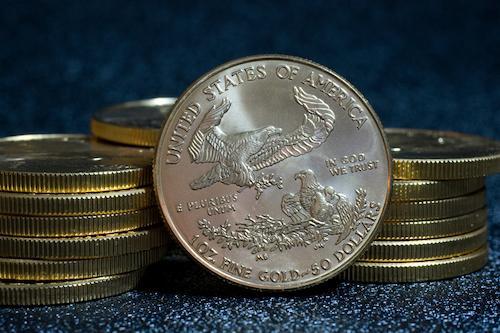 Triumph of Gold and Silver Over Taxes

Sooner or later, it was bound to happen.  With new infrastructure and other spending proposals coming down the pike, even before the last pandemic funds have all been sent out, our government is embarking on some serious spending initiatives.  A trillion dollars here, a trillion dollars there, and before long, you’re talking about real money.  Sooner or later, someone was bound to think about how to pay for it all.  They have.  They want to raise our taxes.  While proposed tax increases come carefully worded to give the impression of affecting only the wealthy among us, taxes have, in fact, already gone up for most Americans.  That 35% to 40% increase in fuel prices you’ve been paying at the pump since January also includes 35% to 40% more taxes paid with each gallon.  But there are also overt tax increases planned, which make the tax advantages of gold and silver shine brighter still.

Through something called “tax deferral,” gold and silver can help provide the investor some control over the timing and amount of taxes paid on gains in the metal.  Sometimes it is prudent, as an investor, to postpone selling an asset until a better tax environment presents itself. Tax deferrals related to precious metals investments are like the gains related to a tax-deferred annuity, but secured with metal instead of the assets of an insurance company.

Most mutual funds, and many other investments, create taxable events every year, whether you sell them or not.  And those tax rates are potentially getting ready to go up.  One of the changes the Biden administration wants to make is to increase the tax rates paid on capital gains to equal ordinary income tax rates for households earning in excess of $1 million per year.  This would remove any beneficial tax rate treatment currently available for investment securities and put them on an equal footing with precious metals.  When compared to the level of market risk that currently exists in the financial markets, this makes precious metals that much more appealing for prudent investors today.  Historically, 1.5% to 2% of investable assets were held in precious metals.  Today, due in part to tax laws, it has fallen to 0.5%.  The new tax laws will steer us back towards 2%, which represents a fourfold increase in investment demand for gold, silver, platinum, and palladium.

Biden’s tax plan also reportedly includes changes to the estate tax rules, which will affect more American families than in years past, as taxable estate sizes are lowered.  Something that could affect even more Americans is the vanishing step-up in basis feature beneficiaries receive when inheriting property.  When we consider that the family home is a major asset category for many Americans, receiving a step-up in basis upon inheriting a home offers significant tax savings.  Currently, if you inherit property or investment securities, your tax basis “steps up” to the asset’s value at the time of the owner’s death.  For an example, if someone bought a home for $70,000 20 years ago, you received it yesterday as an inheritance worth $450,000, and you sold it tomorrow for $475,000, you would owe taxes only on the difference between $450,000 and $475,000, which is $25,000.  An elimination of the stepped-up basis, on the other hand, would mean you would owe tax on the difference between $70,000 and $475,000, which is $405,000.  Quite a tax increase for many Americans at all income levels.

To help support its forthcoming infrastructure plans, the new administration is exploring ways to increase taxes on drivers, including those who drive economical or electric vehicles.  One idea that was floated, but reportedly is now being walked back, is creating a new mileage tax based on the total miles driven for the year, which would allow the federal government to capture more revenue from drivers.  Perhaps it is considered payback for the $7,500 federal tax credit awarded earlier to those who purchased electric vehicles.  In any event, such a plan would potentially make vehicle travel more expensive for perhaps millions of Americans, not just the wealthy.

There is some form of Universal Basic Income (UBI) still being bandied about in Washington, with one version being pushed for by some lawmakers in potentially future pandemic stimulus packages. Most recently, the UBI idea featured prominently in the national discussion during the 2020 presidential campaign season, by way of Andrew Yang.  Yang’s plan involved providing every American citizen who is 18 years or older a basic income of $1,000 per month, regardless of employment status or income level.  To pay for this plan (in part), he proposed a new value-added tax on consumer goods that would be applied at each stage of a product’s production cycle.

According to three people familiar with White House talks, the president’s latest agenda calls for possibly up to $4 trillion in spending, offset by $3 trillion in tax increases.  Even the “SECURE Act,” which was touted as something to boost retirement savings, could be considered a tax increase for many of us, by way of some of the act’s provisions.  For example, instead of allowing a non-spouse beneficiary who is inheriting a retirement account to parse out disbursements from those inherited funds over his or her lifetime (thereby reducing taxes), the SECURE Act requires that beneficiary to withdraw all funds within 10 years of the original account holder’s death, causing beneficiaries to pay more income taxes and spend less on their own needs and family.

Tax increases do not happen in a vacuum, however.  They often contribute to inflation, and vice versa.  When corporations pay higher taxes, they often pass those increased costs on to consumers, in the form of higher prices.  Higher prices (such as in fuel prices, currently), in turn, lead to higher taxes.  This is why many economists call inflation a type of invisible tax increase, whereby tax revenue goes up without adjusting tax rates.  But in this case, we could see a vicious cycle of increasing tax rates contributing to higher inflation, which leads to higher tax revenue, etc.   What can the average consumer do to protect themselves?  Purchase precious metals, for one.  In an earlier article published on the blog, I discussed how gold can protect consumers from price inflation.  Since that time, gold has handily outperformed inflation, increasing 31% from when the article was written in 2018.

Higher taxes will put pressure on the stocks and bonds markets and will make the already-low interest rates that savers receive at the bank worth even less.  Now is the time to protect ourselves from tax increases and inflation.  It is time for precious metals.