There Are Slim Viable Alternatives to Gold & Silver 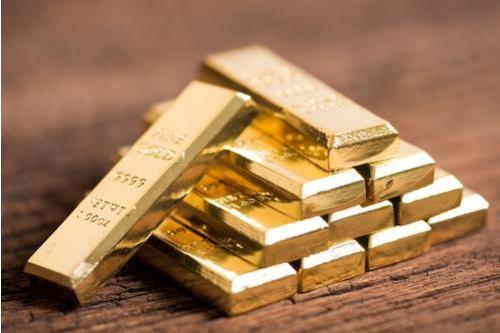 There Are Slim Viable Alternatives to Gold & Silver

We have reached a critical juncture at which the masses are starting to realize that the financial world as we have known it is undergoing significant change.  While perhaps only a few can comfortably articulate what is causing the change, most can sense that something is happening.  As famed economist John Maynard Keynes wrote in Economic Consequences of the Peace (1919), “There is no subtler, no surer means of overturning the existing basis of society than to debauch the currency.  The process engages all the hidden forces of economic law on the side of destruction, and does it in a manner which not one man in a million is able to diagnose.”  This is another way to say that inflation can be very destructive to the finances of individuals and of society, with few understanding the cause.

In my view, the cure can be as simple as owning precious metals.

When the price of an item (or two) rises individually, it is easy to find a logical reason to explain the increase.  But when the price of virtually everything rises in a noticeable way, it is difficult to find an overriding root cause outside of a devaluing currency.  When the value of the dollar drops, it takes more dollars to purchase everything.  This describes the current situation we’re experiencing here in the United States, which is one that is causing stress for many Americans working in today’s economy.  A recent employment survey conducted by The Conference Board found that nearly twice as many employees are concerned about mental health challenges (77%) than the physical challenges (40%) associated with work today.  One of the reasons given is the increased workload experienced by many.  When it takes more dollars to purchase the same amount of everything, it often takes more work to secure those dollars.

As Americans, we are also faced with a need for more dollars in retirement, as the future value of pensions and IRA withdrawals are reduced by inflation.  In my own life, my family and I had a discussion last week about adjustments we need to make today to help secure the same standard of living in the future.  We had good plans in place already, but the new rate of inflation means we will have to make changes now in order to have the same standard of living we hoped for down the line.  For us, there is no viable alternative other than to increase our allocation to precious metals.

Investment research by Seeking Alpha that looked at a 48-year period found that adding a 10% position of gold to a traditional 60/40 stock/bond portfolio led to higher returns, with less risk.  The authors of the report noted that during periods of inflation, gold outperformed both stocks and bonds over time.  This is significant for us today, as we enter a period of higher inflation and stagflation.  Some financial pundits point to the lackluster performance of gold over the last year (or ten years), as a reason to avoid it altogether.  I believe the opposite strategy makes more sense.  As outlined in my book, The 7.0% Solution, gold averaged 7.31% per year over the 50 years prior to the book’s writing (1966-2016, page 72).  Purchasing when performance has been lackluster can often lead to higher-than-average returns, as getting back to long-term averages requires higher-than-average performance in the short to medium terms.

Conversely, asset classes that have recently outperformed long-term averages are likely due for a period of lackluster performance, as they tend to settle closer to the mean.  Both stocks and bonds are asset classes that follow this pattern.  Analysts at Bank of America pointed this conclusion out this week, saying they expect stocks to average 0% for the next decade, not counting dividends.  Reinvesting dividends could increase the average return to 3%, a far cry from recent performance and also below the current rate of inflation.  Bonds are also expected to languish, offering negative real yields compared to inflation.  In my opinion, investors with a five to ten-year time horizon should consider adding gold and silver to their portfolios, if they haven’t already done so.  To help ensure higher overall returns and lower overall volatility, there is no viable alternative to precious metals.

But I caution against using precious metals ETFs or other paper financial instruments to constitute your metals exposure.  These types of financial instruments have escape clauses built into their agreements, which can prevent them from providing their advertised protections when they are most needed.  An example of this happened last year with oil ETFs.  When the bottom dropped out of the oil price, many investors scooped up oil ETFs, hoping to reap the benefits when oil returned to a reasonable price.  Sadly, some of those products imploded when oil started to rally, leaving investors with pennies on the dollar for their “oil exposures.”  The same phenomenon is possible for gold and silver ETFs.  In my opinion, the safest way to take full advantage of a significant rally in precious metals is to own the metals themselves.

My family and I observe several flocks of geese using our property as a stopping place when migrating north or south.  They take advantage of several bodies of water in the area and enjoy the field corn behind our house as sustenance.  I have noticed a behavior pattern in these geese that we can also see with investors.  Before a flock of 40 geese flies away, the birds will begin honking (talking).  Then two or three geese will take off.  Soon, seven to eight others decide to follow.  Then, 10 to 15 more, etc.  In a few moments, the last few geese decide they don’t want to miss out on whatever the others are after, and they also depart.  The same phenomenon can be observed among people, as they respond to inflation.  Many around the world have already responded by purchasing physical gold and silver, with momentum building here in the United States, as well.

When making choices about what to do or where to store your hard-earned savings, keep in mind the relative outperformance of some assets recently and limit your exposure going forward.  When looking for assets that are due for a period of sustained outperformance, an allocation to physical precious metals today offers a true viable alternative, in my opinion.