The Gold vs Paper Breakout 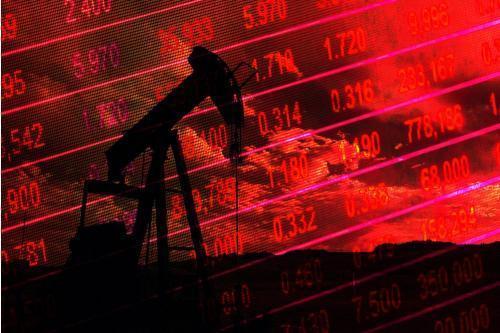 The Gold vs Paper Breakout

Gold seems to be breaking away from that which has held it back for years - namely, it’s lighter, paper cousin.  There has been a developing disconnect lately, between the price of actual gold (atomic symbol Au), and the price of paper that represents Gold.  One of the reasons for this is that there is a limited supply of actual gold available, vs a nearly inexhaustible supply of paper or digital gold normally used to suppress the price of gold.  Pressures have been building to the point that some banks that were the largest lenders and traders in the gold sphere are shutting down their precious metals operations.  One of the most significant players in this space to do so with history going back to the 17th century, is Scotiabank.

Why would a bank with such a long history in the precious metals arena be exiting the metals sphere, at a time when the price of gold is mounting upward?  In the past, it was often a profitable venture to manipulate the price of gold with an avalanche of paper gold contracts dumped into the futures markets.  When those contracts came due, ample gold was readily available at lower prices, for the bank to satisfy their obligations to deliver gold.  But in the last couple of years, there has been a shortage of gold available (at the paper price) to meet delivery obligations.  Gold is still available, mind you, but at a price independent from, and often higher than, the manipulated paper price.

If you can sell something for $1500 on the one hand, and manipulate/purchase it tomorrow for $1400 - to deliver to those who purchased it for $1500 yesterday, that is a business model that is hard to beat.  But when gold ignores the manipulation, and you have to pay $1600 to deliver what you sold yesterday for $1500, it is no longer fun or profitable.   This is a simplified explanation about why some that have played the precious metals manipulation game for over 300 years are now exiting the business.  It is no longer fun, and no longer profitable.

To be sure, there is still plenty of gold and silver available.  But the tables are turning in favor of those who own, hold, and trade the actual metal, versus those who manipulate the paper price.  As I write this paragraph, the “spot price” of gold is $1,712, and $15.26 for silver.  But to get your hands on the metal, it is $1,824 for a generic gold bar, or nearly $1,900 for an American Gold Eagle.  A generic silver bar is $22, or nearly $25 for an American Silver Eagle.  Incidentally, a premium over the “spot price” also exists for those wishing to sell the actual metal as well.  Those who manipulate the “spot price” have found it much more difficult to source metal near that price.  Increasingly it seems, gold and silver are moving in their own direction.  This is a welcomed relief for those who look to precious metals to provide real diversification from all things paper.

This is a phenomenon that is also affecting oil, but in the opposite direction.  You are undoubtedly familiar with the lower oil prices we currently enjoy.  Just filled up today, and regular gasoline was $1.39 per gallon.  Some areas are seeing even lower prices.  Oil today shot up 30% in price, to $16 per barrel.  It has recently been as low as $9.45 per barrel, back on April 21.  While $9.45 seems like a low price for oil on April 21, it is a huge increase from minus (-) $35.20 per barrel on April 20, as the graphic shows.  I was checking commodities prices that day, when I noticed the “paper price” for oil had gone negative - so I took a screen shot of the data provided by CNBC to share with you.  In other words, the paper world would pay you $35.20 if you would take a barrel of oil at that time.  There was no storage available, so the paper price became completely unreasonable, and separated from the price for an actual barrel of oil.

But for precious metals, this is happening in reverse.  There is a glut of oil, with few places to store it.  For gold and silver, there is an abundance of demand for physical metal, but a very finite supply.  This has put downward pressure on oil, and upward pressure on gold and silver.  Even though oil is now cheaper, and precious metals more expensive, they are both higher than the imploding paper market machinations have tried to take them.  As I mentioned a few weeks ago, I believe we are preparing to observe a similar phenomenon with real goods of all sorts, due to increasing inflation.  This is because a glut of “paper currency” is being created, with all the various stimulus programs being enacted.  While some of the currency is in digital form, the effects are still the same.  More currency chasing fewer items tends to increase prices.  General inflation tends to bring gold and silver along for the ride.

So where do we go from here?  $2,000 gold and $30 silver appear to be on the horizon; maybe this year.  But we’re talking actual gold and silver - Au and Ag, from the Periodic Table of Elements.  The stuff you hopefully have in your vault, or stored at the Texas Bullion Depository.  Who knows where the paper price will be, or whether there will even still be a “paper price”, by this time next year.  What can happen to all those who think they are invested in gold and silver, because they own an ETF, or ETN, or other paper form of gold held on Wall Street?  Many stock brokers still promote such products, as a way to offer their clients “exposure to precious metals prices”, without offering them the protection provided by owning the actual metal.

What Happened to Those Holding Paper Oil

While we have no way of knowing what exactly will occur with “paper gold” investments or when, we can look across the aisle to see what has happened in the last month to those who held “paper oil” investments.  A popular oil-tracking ETN with the symbol “UWT” was supposed to provide investors with exposure to 3-times the movement of the oil price.  So when oil goes down, it went down 3x as much.  When oil goes up, it was supposed to rise 3x as much.  What happened is it went down, imploded, paid the shareholders out less than $0.17 per share, and hasn’t let them experience the increase in oil prices since.  Another even more popular, almost ubiquitous oil-tracking ETF with the symbol “USO” (US Oil), suffered a similar fate, but is still traded on the exchange.  It offered a great way to experience the downward movement of oil prices, but most shareholders are still waiting to recover on the way back up.  Oil prices have since risen, but previous owners of the fund haven’t nearly kept up.

Don’t wait to see if something similar happens to “paper” gold or silver investments you may have in your portfolio.  I recommend trading them for something real, while you still can.