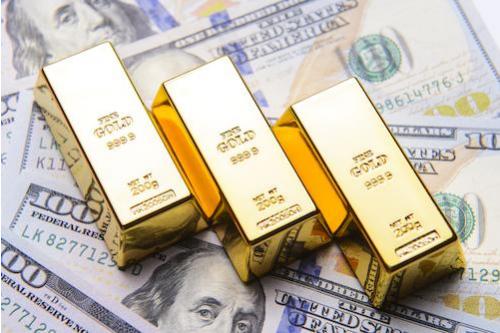 The good news for savers is that the leaders of the Central Bank have decided that inflation is probably not transitory, and they have boosted key interest rates to 6.75%, allowing many to earn about 6% on their savings accounts. They said it was prudent to raise interest rates to help slow down inflation and help citizens and retirees earn at a rate more likely to beat inflation. The not-so-good news for American savers? The Central Bank of Russia recently made these statements and interest rate adjustments. As we will present throughout this article, gold plays a crucial role in Russia's ability to keep up with inflation, and it can work for us in America, as well. The Federal Reserve (central bank of the US) is still pretending inflation is transitory and that there is no need to increase interest rates. The average savings account interest rate in the United States is currently 0.06%, or 1/100th of the rate savers currently earn in Russia.

Interest Rates and the United States

For the last ten years, the average savings account interest rate peaked at 0.14% in 2011 and has averaged lower. Currently, rates are averaging 0.06%. But the inflation rate is currently at 5.4%, nearly the highest seen in the last 30 years, according to the "official inflation" rate, or the Consumer Price Index (CPI). As we have discussed in previous articles, the inflation experienced by the average consumer in the United States is often nearly double the official CPI.

What does this mean for the average person with funds in savings?

If you live in Russia, it means your savings are partially protected against purchasing power loss. Elvira Nabiullina, governor of the Central Bank of Russia, indicated a willingness to raise interest rates further, as she expects inflation could worsen before it gets better. Even though the official inflation rate is higher in Russia than in the United States (6.74% vs. 5.4%), we have to look at the whole picture. Financial pundits in the United States often ridicule Russia's higher official inflation rates and discuss how the people must be suffering there, compared to the Americans. But they rarely compare the interest rates people receive on their savings in Russia to the nominal rates offered to Americans. On a net basis, it is better to earn 6.0% with a 6.74% rate than earn 0.06% with inflation at 5.4%.

So what gives? Why do our economic policies seem to be contrary to the best interests of the saver, while countries like Russia that we frequently sanction seem to be following the successful playbook we used to use in the past? Much of it has to do with debt levels and the amount of gold held in reserve as a percentage of currency issued. While the United States has the most significant official gold reserves in the world, it makes up less than 2% of the size of our economy. Russia owns 3x as much, relatively speaking, as gold reserves total nearly 6% of their economy. They have been getting rid of dollar assets while increasing gold. What is ironic about this is that they used to want dollar assets to help reduce the effects of inflation. Today, they view the dollar as a potential source of inflation to be avoided and are exchanging dollars for gold. We have been recommending the same strategy to our readers for several years.

By reducing national debts to nearly zero and learning to live on a budget, Russia can now raise interest rates in response to inflation in a nearly painless way to their national economy. Because the national debt level of the United States is already at unserviceable levels and growing, we can ill afford higher interest rates here at home. To raise rates here to 6.75% would require all income tax revenues collected in the United States to be used for interest payments on debt, with little left over to run the government. But this is not unprecedented in our history, and we have recovered from similar situations before. I am hopeful we will do it again and believe that we can. When we look at some history, we see that the most likely way forward for the foreseeable future will likely involve negative real interest rates.

We've Been Here Before

As we discussed in June, following WWII, we had similar debt levels to the size of our economy. During that period, as our economy was recovering from the effects of the war, real interest rates got as low as negative (-) 14%. By "real interest rates," I mean the difference between the yield on the 10-yr Treasury Bond and the rate of inflation, or CPI. That is to say, the interest rate paid on savers' money was 14% lower than the rate of price increases on common goods. People lost 14% of purchasing power for every dollar on deposit. Keep in mind this was with all our factories running full tilt, as the world's only remaining manufacturing center. Other nations without major manufacturing capacity, such as France, Italy, or Japan, saw negative real rates as low as (-) 25-60%. Since we now have little manufacturing left, we could see real rates much lower than (-) 14% as things progress.

Back to gold, silver, and other precious metals. Often, the argument is made that precious metals are a bad investment because they offer no yield; they yield 0%. When savings accounts are paying 6%, it is an easier point to make. But with negative real rates, 0% becomes an advantage, not a disadvantage. As inflation continues at the same or higher levels and interest rates stay low in the United States, the greater risk to purchasing power is likely to be an insured deposit with a real yield of minus (-) 5-25%.

The more prudent choice will be precious metals, that although yield 0%, can offer a net improvement in purchasing power of the inverse (positive) 5 to 25% per annum. In fact, the last time we saw negative real rates for an extended period (1972-75), gold went on to increase 8-fold in price by 1980. We have every reason to believe we will see something similar happen again, as we work our way out of the economic sea of debt we are currently floating in.