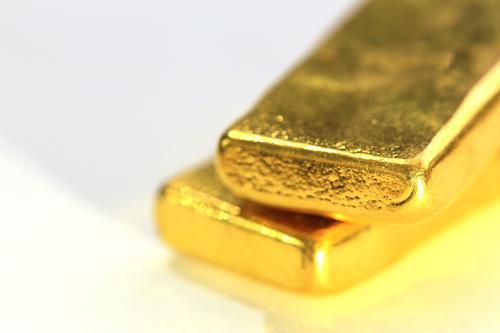 Something is interesting happening in the world of interest rates that is mid-term bullish for gold and silver prices as measured in dollar terms. This phenomenon has only lasted for a few months during the last 70 years, but it has portended significantly higher metals prices in the years ahead in each period. Recent price smash operations over the last week only provide the prudent gold investor a better entry point into what is shaping up to be a wise long-term opportunity. Wherever gold goes, silver is destined to go also - sometimes earlier, sometimes later, but the long-term direction for both of these metals is markedly higher. Today we will look at how high historically and consider how that correlates looking forward, in light of current financial conditions.

One of the most significant interest rates to keep an eye on is the 10-yr US Treasury Note yield. Changes in this metric can tell us a great deal about what is coming up on the economic horizon and is one of the most closely watched measurements analyzed by professional investors today. This recent Forbes article will provide those interested in more general information about the 10-yr Treasury, even though I do not share the author’s views about the wisdom of investing in them at current yields. As of Friday, the yield was 1.5%, with a current CPI reading of 5%. CPI is a commonly used measurement of the rate of inflation. A 5% CPI means that, in general, prices are rising at a rate of 5% per year. Therefore, when prices are rising at 5%, and the government is paying 1.5% interest on a 10-year bond, it means the real rate of interest is (-)3.5%.

In other words, your investment in 10-yr US Treasury Notes will be worth 3.5% less each year, assuming the inflation rate stays the same and does not rise further. We have reached the point of having negative actual interest rates here in the United States once again. As you can see from the graph, there have only been two other periods in the last 70 years when real rates have been this far negative, following the periods of negative interest rates of 3.5% or greater. Between 1974 and 1980, gold went from a low of $130 in October of 1975 to $912 in January of 1980. There was a brief period in 1976 when interest rates turned positive and gold sank to $100, or a 23% reduction from October 1975, before climbing higher. We may see slightly lower gold prices in the coming months, but not much lower.

Part of the correct strategy for precious metals is to build a position while it is possible and wait for good things to come together. In the interim, it matters not that gold rises or falls by $150 or so when mid-term conditions are ripe for an 8-fold increase. When the exponential rise occurs, you want to be positioned to benefit from it. Because no one knows what will trigger such a move or exactly when it will occur, the best we can do sometimes is look for patterns throughout history and identify likely trends. For example, some believe we have not seen the low point for negative interest rates, while others believe they will rise soon. As we will see, gold and silver prices are likely to benefit either way.

There is more likelihood that rates will significantly drop into negative territory than a significant rise in rates as there was in 1980. The 10-yr Treasury rate was raised to 16% in 1980, from a net-negative rate just a few months prior. This rapid rise in interest rates during the reign of Federal Reserve Chairman Paul Volcker is the main reason that gold stopped climbing and began to reverse course from $912 in 1980 back down to $310 in June of 1982. But debt levels are much greater today than they were in 1980. The government could not afford to raise rates anywhere close to that today. Besides that, conditions are more likely to develop, which shows us yields going in the opposite direction, minus (-)14-20%. There are a couple of reasons why this is the case.

Financial analyst Luke Gromen on his website offers some excellent analysis about why real rates turned so negative after WWII, and why we are likely to experience something similar (but more extreme) in the near future. While the percentage of debt we have in the USA is similar today following the pandemic as it was following WWII, we no longer have the manufacturing base that we did then. After WWII, we were the factory for the world. But we have de-industrialized over the last 30-40 years, as factories closed here in the US and opened overseas. This puts us in a similar position to France, Italy, or Japan after WWII, which saw negative interest rates in the range of (-) 25-60% following the war. Negative real interest rates allow governments to pay down what would otherwise be insurmountable debts.

The other way governments are able to pay down or deleverage from massive debt, is by revaluing gold. When gold is on the balance sheet (as it is by increasing measure), a rise in the gold price becomes the friend of governments and central banks the world over. The approaching implementation of Basel III international banking rules, combined with negative real interest rates that seem destined to head lower, both point to markedly higher gold (and silver) prices over the next 3-5 years, even if they trend lower for a couple of months. The continued paper smash of the gold price allows central banks (and prudent individuals) the opportunity to build a physical metal portfolio before the next parabolic move.

An obvious question that comes to mind is why did we discuss the 8-fold increase in gold that happened from 1975-1980, but not discuss what happened to gold after the (-) 14% real interest rates experienced directly after WWII? Students of gold history may recall that gold stayed in a range of $35-42 and could not float freely until after the Nixon Shock of 1971. Think about what can happen when we see similar negative yields in the near future, with a floating gold price less hindered by central bank manipulation. In this environment, an 8-fold increase in gold price would likely only be the beginning of the rally.