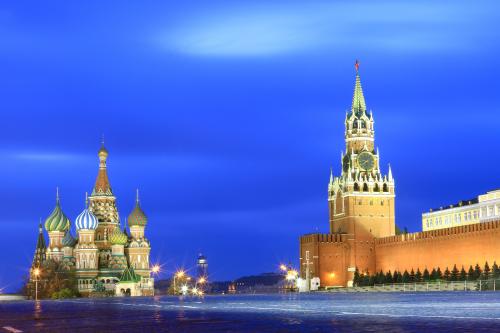 Russia knows something. Not because they have a crystal ball, but because they are active participants in what they see as the new financial world order. That is, they are helping to bring about the change they are preparing for. What do their actions indicate, and how should it influence what actions ordinary Americans should take, or at least be aware of? In this article, we will explore these topics, and provide practical steps you can take to prepare for what Russia, and many other nations, are actively preparing for. Russia has been significantly increasing their official (and unofficial) gold holdings for the last several years, and now has three times as much gold as the United States, as a percentage of GDP. This makes Russia the strongest gold power in the world. While the US claims the highest tonnage of gold, compared to the size of our economy, it is a small amount (1.8%), compared to Russia’s current hoard (5.6%). Despite reports in the Western press about how sanctions have crippled the Russian economy and currency, it is simply not true. If it were true, why would talk of additional sanctions be continually necessary? With very little external debt, Russia is in a much stronger position than many nations, and able to withstand the withering attacks of Western sanctions. In fact, one of the reasons Russia has tripled their official gold reserves, is to reduce the impact of sanctions; gold does not sanction the holders thereof, and offers stable purchasing power worldwide. But there is more going on than Russia protecting itself against Western sanctions. More significantly, they are protecting themselves from what they see as a Western collapse. Perhaps not a societal collapse necessarily, but a currency collapse. They, along with China, have been reducing their holdings of US Dollars and Treasuries, and increasing their holdings of gold.  As the 5th largest producer of gold, and among the largest purchasers of gold, they are getting the job done. While dropping down to 14th place, among foreign holders of US Treasuries, they have moved up to 7th place, among gold holding nations, and 1st place in gold/GDP ratio. There seems to be a negatively-reinforcing cycle for the United States, that tends to speed up the demise of the US currency. The more often we apply sanctions to other nations, the harder they work to create an alternative system of world trade, which further reduces the economic influence of the United States. As we have pointed out earlier, Chinese Oil Contracts, Arcade Tokens, and Gold, strange things have happened to nations that have sought out other methods of world trade. But with each new nation seeking to free itself from the increasingly hostile US Dollar trading system, it becomes harder and harder for the US to interrupt. 2017 was a recent example, of why foreign nations, or American citizens for that matter, might want to diversify into non-Dollar assets. The US Dollar lost 10% of its’ value; the worst performance since 2003. Whatever return on dollar-based assets would have to be reduced that amount, to get to a real return. The Russian Ruble gained 6.5% against the Dollar, which means for every US Treasury Security owned by Russia that pays 2% interest, Russia lost 4.5%, due to the weakened Dollar.  Meanwhile, gold was up 13% in 2017, compared to the Dollar, and almost 6% compared to the Ruble. As we can see, Russia has strengthened their financial position with every Dollar of reserve converted to gold, and has weakened their position with each Dollar held. Many expect these trends to continue in 2018. Incidentally, those Americans that converted a portion of their savings to gold at the beginning of last year have also been protected, just as the Russians have. The US Dollar doesn’t discriminate, it has been equally weak for all who held it, regardless of nationality. Take for instance Jane Q Public, who had $10,000 in an insured CD, earning 1.5% “interest”. After subtracting a real inflation rate of about 7% against common goods and services, she has earned a net -5.5%. Compared to the net +6% earned by Sally Q Public who purchased gold, makes for a net 11.5% difference between the two. Some try to imply that gold is used by criminals and other shady characters, such as the Russians. They would have you believe that patriotic Americans use Dollars. I would respond that a patriotic government would back their currency with gold, as the American govt used to do. If gold is for the realm of criminals, then what does that say about the American government, that claims to maintain the largest official gold hoard in the world? Gold is for everyone that does not want their purchasing power diminished by fiscally irresponsible bureaucrats, of whatever government.

Regardless of what we may think about the Russians (after more than a year of investigations, there is no proof they illegally interfered in our elections), they are merely the tip of the spear of nations that are diversifying away from the Dollar. Many of the non-Arab members of OPEC have already agreed to sell oil to China in RMB terms. Russia and China signed the largest energy deal in history a couple years ago, without pricing anything in Dollars. The Belt Road Initiative, of which Russia is a partner, has expanded to $5-6 Trillion worth of trade and construction projects, while American corporations and Dollars are nowhere to be found in the negotiations. There is a new CIPS cross border payment system, which is a parallel payment system to SWIFT, of which Russia is an important player as well. The BRICS nations have an expanding universe of new partners, willing to connect outside the Dollar universe. Gold has an important direct role in facilitating these non-Dollar trading arrangements. In the past, the United States was successful at whack-a-mole, when alternatives rose in one nation at a time. But momentum appears to be building towards successful implementation of several alternatives worldwide. With so many preparing for a post-Dollar dominated world, it would be prudent for American citizens to prepare as well. One of the best ways, is by converting some of our personal reserves into the asset backing the emerging world financial order. Gold.
January 10, 2018
Did you like this post?
0
0
Search The Blog
Categories
Recent Posts