Consequences of Russian War on American Consumers (Got Gold?) 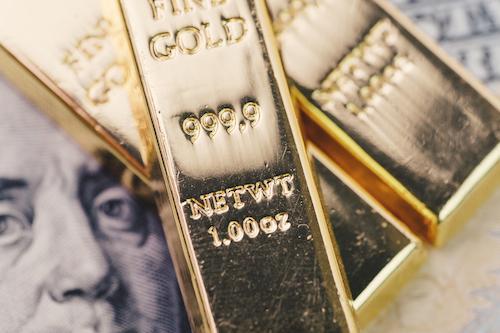 Consequences of Russian War on American Consumers (Got Gold?)

Sometimes the one sanctioning becomes the sanctioned, in the same way, a hunter sometimes becomes the hunted. Today, the United States announced new sanctions against Russia in response to Russia recognizing the breakaway republics of Donetsk and Luhansk. But with the announcement of new sanctions against Russia, the U.S. Dollar lost value vs. the Russian Ruble (see chart). The American President admitted that costs would rise for ordinary Americans due to the new sanctions. This is primarily due to the reduced footprint of dollar usage worldwide and the multiplicity of new trade deals between nations using local or regional currencies or gold. Central banks worldwide have been increasing gold purchases to strengthen their reserves; hopefully, we have been as well.

As debt levels have increased here in the United States, Russia's has decreased. The debt/GDP ratio here in the United States is currently over 130%. The debt/GDP ratio in Russia is currently under 18%. We haven't seen public debt that low here in the United States since 1930. Sanctioning Russian debt will be much less impactful to Russia than it would be for the U.S. when various nations sanction American debt. The Federal Reserve balance sheet had grown to nearly $9Trillion in recent years due to purchasing debt that the U.S. Treasury could not sell in the marketplace to foreign purchasers. To help insulate itself from the effects of further sanctions, Russia has diversified its reserves away from dollar assets and into gold. As an oil-producing nation supplying 10 million barrels of oil daily, increased oil prices from geopolitical tensions will likely strengthen Russia.

But it was not only the dollar that dropped against the Ruble on the day new sanctions were announced. It was also the U.S. stock market that was negatively impacted. The Dow Jones Industrial Average closed down over 482 points Tuesday, the fourth down-day in a row. Cryptocurrencies have also suffered over the past week, with Bitcoin down more than 7%. Meanwhile, all four precious metals we routinely cover (gold, silver, platinum, palladium) have rallied. Keep in mind there will be some selling pressure on gold and silver going into Wednesday this week due to options expiry, but the effects should be short-lived.

This phenomenon of Russian sanctions possibly harming the United States is not one that has taken us by surprise. If you have been a reader of the blog for a while, you might remember being alerted four years ago about how Russia was protecting itself by buying gold and why we should as well. When that article was written, gold was $1,300/oz. Silver often travels with gold and has been up 42% since then. We have continued to update this story every year since, as gold has risen 45% against the dollar. For four years, this represents a nice gain and has helped insulate us from the falling dollar. Meanwhile, money left in an FDIC-insured savings account has lost value when considering the effects of inflation.

It used to be that all oil was bought or sold with dollars, and dollars were involved with 80% of world trade. Due to a multiplicity of alternative trade deals being negotiated worldwide, Dollars now comprise only 59% of world trade. It is still a significant amount. Still, the trend can be somewhat troubling for an American consumer used to purchasing international goods at a discounted price. As the dollar weakens against foreign currencies, those discounted prices rise. The dollar also fell against the Mexican Peso today, as it did against many other currencies. While I am not happy about my currency losing purchasing power, I am somewhat protected from this because we store some of our savings in precious metals.

It will be interesting to see how things develop with the new Russian sanctions and who suffers more financially. It will also be interesting to see if we continue to purchase record amounts of Russian oil or decide to sanction/prevent us from buying it. Such a move would cause the cost of fuel to rise significantly here in the United States from an already elevated level. I filled up yesterday, paying almost $4/gallon before the Russian sanctions were announced. Before the new Russian sanctions were announced, a 105% increase from what I was paying a couple of years ago, from $1.89 to $3.89. Some people are paying over $7.00/gallon already in California. Imagine how high fuel prices could get if Russia decides to stop selling us record amounts of oil. Never mind; I don't want to think about it.

Recent overtures by the United States to Saudi Arabia to increase oil production were rebuffed, as the Saudis claimed they would prefer to honor their new agreement with Russia. While discussing this today is covered in the mainstream news. We told you about it when it was beginning and somewhat controversial to discuss because we thought it prudent to begin protecting ourselves by owning precious metals. It is challenging to buy and store oil but relatively easy to store precious metals, which can help protect us from the ravages of higher energy prices. Higher energy prices can lead to "higher everything prices," as the costs to ship all goods rise and are passed on to us. Many items such as clothing and plastics are also manufactured from petroleum-based chemicals, which also rise in price as oil rises in Dollar terms.

We do not want to see more war and suffering. But even if the military engagements cease, the financial impact of conflict between Russia and the East, vs the United States and the West, will likely continue. Things that we have often taken for granted, such as plentiful energy, plentiful fertilizer, and plentiful agricultural bounty, are now all in jeopardy. As we hope world powers will settle their differences peacefully, we must prepare ourselves for the eventuality of a changing financial system. In any system, everyone wants to receive something of value, to provide something of value. Silver and gold can preserve purchasing power when converted into any currency - whatever it may someday become.