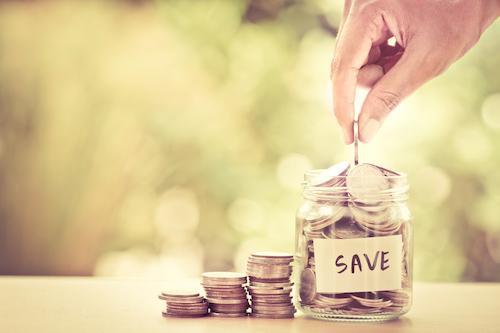 Having grown weary of dealing with US imposed sanctions, and the restrictions that come with it, Russia provided the latest example of what else is possible.  Russia is among the top ten nations in the world for foreign reserves, in excess of $445 Billion.   Almost half of that used to be held in US Treasuries, and other Dollar-denominated financial instruments.  Today that amount held in Dollars is less than $15 Billion, and moves have been made by the Kremlin to house remaining Dollar assets in other jurisdictions.  Gold has been a primary instrument and beneficiary of these moves.  The stated goal is not to bring harm to the US, but rather to protect Russia from the effects of U.S. sanctions.  The President of Russia makes the claim that many nations are diversifying out of the Dollar.  We will investigate this claim, and see what steps can help ordinary Americans protect themselves from the ensuing geopolitical mayhem.

One of the primary drivers of Dollar usage around the world has been the oil trade.  Since the emergence of the “petrodollar” in 1974, most oil has been priced and paid for with US Dollars.  Until recently, virtually all oil was purchased with Dollars.  Until recently.  We first wrote about a transition away from using the dollar for oil, in 2017.  At that point it was an experiment described as a possible harbinger of things to come.  Today, many nations in addition to Russia and China are using alternatives to the petrodollar to buy and sell oil.  Some reports indicate as many as 23 nations have opened up alternative swap lines for energy outside the Dollar.  Such reports are difficult to verify with certainty, but what can be verified is certainly interesting.

We have discovered that there is both overt and covert diversification away from the Dollar in the oil sector.  Some major players, including the largest importer of oil (China), and significant oil producers such as Venezuela and Russia, have begun an admitted strategy of trading oil and natural gas in other currencies.  China and Russia have well-established oil and gas pipeline projects, whereby their energy trade with one another is almost entirely outside of the Dollar realm.  They are also negotiating with Venezuela, to help them produce, and with offers to purchase, their oil outside the Dollar universe.  Interestingly, there was recently a failed coup attempt in Venezuela, possibly aimed at disrupting these plans.  Economic sanctions and Marxist policies in Venezuela have had a crippling effect, causing over 3 million refugees to leave in search of food and opportunity.

Economic sanctions from the United States are helping create stronger friendships among the “outcasts”, as they learn to survive and thrive outside the realm of the Dollar.  While some are overtly defying the United States, others are covertly doing so.  Today, nearly 8% of the oil traded worldwide is done on the black market, totaling over $133 Billion.  Oil industry insiders tell us that what often happens is that tanker ships of sanctioned countries will take oil out to sea, and transfer the oil to the ships of non-sanctioned countries.  The ships turn off their location transponders, to make their detection less likely, until coming into port.  Iran, for example, has been selling oil for as little as $10 per barrel on the black market.  Sanctions or no sanctions, there are purchasers willing to take the risk to purchase oil at an 80% discount.

India has recently begun purchasing oil from Iran using solely their own currency, the Rupee, with the knowledge of the United States.  It will be interesting to see how many other nations demand the same privilege, thereby lessening the demand for Dollar reserves worldwide.  Aside from the overt and covert diversification away from the Dollar, there is the ongoing diversification away from oil itself, which will further impact the American consumer.  Some claim that advances in alternative energy technology will “redraw the geopolitical map” in this century.  Why should Americans care what currency other nations use to conduct trade, energy or otherwise?

The answer is complicated but can be simplified with an illustration.  Millions of miles of travel points for one airline are not always useful to use on another airline.  Because everyone in the world uses oil, and oil was previously priced only in Dollars, everyone in the world stored and accepted Dollars.  Dollars became the go-to currency for most world trade, with the oil trade providing a steady stream of Dollar demand.  As nations realize they no longer need Dollars to buy oil, or no longer need as much oil itself, their need for Dollars also disappears.  The Dollars, however, will not disappear.  They will ultimately come back to the United States, and be used to purchase something else.  When the airline realizes that most flyers will be using points to fly, they often change the program, requiring more points for any given flight.  When excess Dollars begin floating around the US imported from abroad, it will require more Dollars to purchase the same thing.

The Dollars owned by Americans will become worth less and less, as additional Dollars flood our shores.  We have already seen this occur in the Real Estate sector, as foreign-held Dollars have come in and bought up properties.  Now it is nearly impossible for many Americans to acquire affordable housing in many areas.   Gold and Silver offers the average American the same protection it offers people and governments worldwide - protection from a falling Dollar.  Just as many nations of the world have begun to diversify out of Dollars to protect their assets, it is a prudent step for all of us to take.  If this sounds unpatriotic, to copy what others are doing around the world, then follow the lead of the US Government itself, and buy some Gold.  What ultimately backs the financial system of the United States, is the 8,000 tons of Gold held in reserve; the largest official Gold reserves in the world.

Today, there are many good reasons for ordinary citizens to purchase Gold and Silver.  The greater challenge, a challenge unanswered, is to find a single good reason not to.