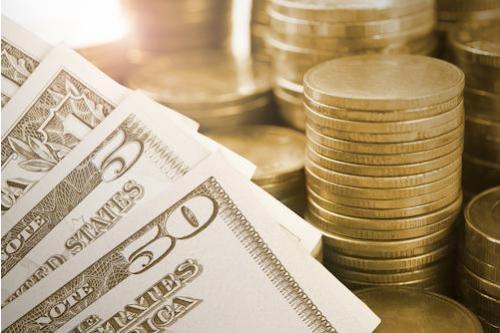 The U.S. dollar and dollar-based assets have been losing ground in the reserve asset category.  Market share has been increasing for assets measured in other currencies, and for gold.  The reasons for these shifts appear to include concerns about the stability of the U.S. dollar going forward and its tendency to lose value over time.  Major trade deals are also occurring outside the realm of the dollar, meaning other countries will need fewer dollars to complete transactions in the future.  These developments could make life more expensive for Americans, but thankfully, we can protect our financial future by taking the similar steps of central banks around the world, including our own.  As the graph below indicates, nations of the world have reduced their dollar holdings by about 1% per year, for the last seven years.  Much of that has been replaced by gold.

Dollar-based assets used for reserves include U.S. Treasury bonds, U.S. corporate bonds, U.S. mortgage-backed and U.S. commercial mortgage-backed securities.  In some cases, such as in the commercial real estate sector, there are concerns about repayment.  The mortgages backing shopping malls and related properties have been called into question, as many have been marked down by 60% from when the mortgages were issued.  Office buildings in urban areas are another sector of concern, as employees continue to work from remote locations in the wake of the COVID-19 pandemic.  Many companies do not want to pony up for office space they are not using, making it difficult for property owners to pay mortgages on these buildings.  These risks are often passed on to the holders of mortgage-backed securities.

As we have discussed previously, some nations have been diversifying away from dollar-based assets in order to reduce the effects of U.S. sanctions.  While sanctions may be effective policy tools when used in targeted ways against bad actors, they can also backfire when used too often.  Many cross-border trading arrangements that used to be fulfilled monetarily with dollars are now being satisfied with local currencies or gold as the medium of exchange.  This trend appears to be growing in scale and frequency.  Even if sanctioning practices were modified, some nations would be skeptical of what policies future U.S. administrations might employ, and would therefore prefer to steer clear of the dollar as a reserve asset.

In some cases, such as with U.S. Treasury bonds or other government-backed debt obligations, there is no concern about repayment.  But there is concern about currency debasement because of the dollars received in repayment.  While interest rates are relatively high in the United States compared to other places in the world, the net interest rates are still negative when compared to the rate of inflation.  In other words, the funds received as bonds are repaid with interest, providing less purchasing power than the funds used to purchase the bonds initially.  An example would be a nation that purchases $10,000,000,000 worth of five-year U.S. Treasuries at 0.75% and is paid back $10,381,998,356 in five years as the bonds mature.  Meanwhile, if the cost of raw materials or manufactured goods has increased by 3% per year, that nation would be short $1,234,169,459 of what they need to keep up.

Meanwhile, in the last five years, the spot price of gold has increased by 6.64% per year.  Central banks that purchased gold instead of five-year U.S. Treasuries have seen their purchasing power increase, not decrease, over the same time period.  While there will always be periods when gold decreases in price, in dollar terms, over time, the advantage favors gold.  This helps explain why many nations have increased their gold holdings, while reducing their dollar-based reserve assets.  The practice of increasing gold holdings also provides an example for the average American to follow when planning for the future.  As Americans, we all hold dollar-based assets of one form or another, many of which can be converted into precious metals.

History also shows that the heyday for dollar-based assets was when the dollar was backed by gold.  In the 1960s and 70s, nations of the world looked to the U.S. to provide 85% of global reserves.  Back then, the dollar was considered “as good as gold.”  But following the “temporary” decoupling of the dollar from gold, high inflation emerged in the U.S. economy.  The effects were a strong debasement of the American currency and a fall from 85% of world reserve assets to 59% by 1995.  After a period of a strengthening dollar, the U.S. regained momentum to exceed 70% of world reserves, but has fallen back to 59% as of last week.  The current rate of decline will push us below 50% in this decade, for the first time since the Gulf War-low seen in 1990.

With inflation beginning to heat up in the United States, and the price of commodities beginning what some are calling a “super cycle” move upward, currency debasement is on everyone’s mind.  Some nations have been diversifying away from the dollar by using other currencies.  I believe this strategy can provide only a short-term fix that requires constant monitoring and adjustment.  Such a strategy would not provide a practical solution for the average American.  Other (major) nations have diversified by simply purchasing gold.  While the amount of dollar-based assets owned as reserves has decreased, much of those foregone dollars have been replaced with gold.  As the charts show, total world gold reserves have increased by half (+5%) while dollar-based reserves have dropped by 7%.  The remaining 2% has been moved into other currencies.

Americans might question the strategy of following the example of foreign central banks or foreign governments buying gold.  Official gold reserves have moved up from 10% to 15% of world reserve assets over the last seven years.  Perhaps we should look at official U.S. reserves instead.  A glance at historical U.S. reserve holdings show an increase of 58% from the year 2000, to the current 78% of U.S. reserves being in gold.  What would it look like if 78% of your personal assets were held in gold?  Might be a little outlandish, or impractical, to achieve.  But considering that most Americans currently hold less than 0.5% of their assets in physical precious metals, there is certainly room to improve, for most of us.

Even asset managers that normally deal primarily with stocks, bonds, and cash have begun to realize the advantages of adding a 7% to 15% gold allocation to the average portfolio.  Former U.S. Federal Reserve Chairman Alan Greenspan, when asked about gold in a public forum, said, “Gold is a currency.  It is still, by all evidence, a premier currency.  No fiat currency, including the dollar, can match it.”  Perhaps it is time we listened.

Posted in: Investing, History, Gold
By Bill Stack
Did you like this post?
0
0
Search The Blog
Categories
Recent Posts