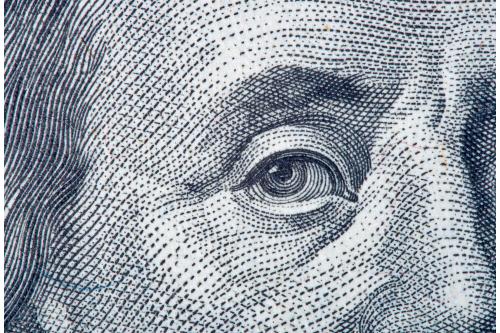 While many Americans are counting the days until spring training begins for baseball season, a more ominous season is already upon us.  I am referring to the “debt-ceiling season” quickly approaching, from Washington DC.  Beginning March 2, 2019, the debt ceiling will be reinstated at the then-current level of debt, believed to be approximately $22 Trillion.  Without an agreement in place as to an increased debt limit, the US Treasury will be forced to resort to extraordinary measures to pay bills as they come in.  This ability to keep paying bills without incurring more debt will last only until mid-summer 2019 if no agreements are reached.  With the recent government shutdown helping to propel gold and silver higher this year as in previous years, it will be interesting to see what happens when debt ceiling negotiations begin.

How Does U.S. Government Debt Happen?

Congress determines the amount of both spending and borrowing.  The spending is decided each year when an annual budget is approved (or not).   The budget determines how much official spending is authorized for the next fiscal year.  Unfortunately, each year for the last several years, Congress has planned to spend more than the revenues collected.  This creates an annual budget deficit and a corresponding increase in the national debt.  If the debt ceiling is not raised enough to allow the spending, the government begins to default.  As an illustration, let us consider how average Americans use their credit cards.  When a purchase is made with a credit card, the credit card company pays the vendor for the items purchased.  Then, over a period of time, the consumer pays back the credit card company for the funds they distributed, plus interest.

When a nation cannot pay its current bills on time, people begin to lose confidence in their ability to pay future bills as well.  In the same way, a bank demands higher interest rates to loan money to risky borrowers, investors often demand a higher interest rate when loaning money to a risky government.  As risks and interest rates rise, the value of gold compared to the value of paper currency rises even more.  This seems counterintuitive to what is considered common knowledge to some in the financial media, but we are living in uncommon times.  There is an interesting relationship between inflation and gold that every American should know about, to protect themselves and their families.

History has shown that some of the worst debt ceiling outcomes happen when Congress is split, with the House controlled by one party and the Senate controlled by the other party.  This is what happened during the debt ceiling negotiations of 2011.  With a Republican House and a Democratic Senate, gridlock ruled the day.  The result was a downgrade in the ratings of US debt to AA+ by S&P, the first time in history we fell below AAA.  During this period the stock market also lost approximately 20% of its’ value, as measured by the S&P 500 Index.  While we do not know how the future negotiations will go, we do know that we are in a similar circumstance in 2019.  The Republicans control the Senate, and the Democrats control the House.

The Problem With Inflation

As the attached chart shows, inflation brings down the purchasing power of Dollars over time.  While the official inflation rate is often quoted as 2-3%, we have previously discussed how the real rate experienced by ordinary Americans is closer to 7%.  As the graphic indicates, $1,000 today will only purchase $400 worth of goods and services in 10 years, with an inflation rate of 6%.  When inflation ramps up, the value of Dollars in our pocket and bank account is decimated.  Even a rising stock market cannot always save us from a falling currency, as we discussed here.  Through the centuries, no paper currency has preserved purchasing power as well as precious metals. Inflation tends to devalue currencies over time.  Since 2010, central banks around the world have been purchasing gold.  In record numbers, nations have been decreasing their reserves of Dollars, and have been increasing their gold reserves.  Governments purchased more gold last year than ever before.  What we must ask ourselves, is what do they know that we don’t?  I believe they sense the upheaval that lies ahead.  The budgetary and debt issues plaguing the United States are also affecting many other nations as well.  Those with the vast economic knowledge and experience necessary to guide nations are turning to gold.  But they are not the only ones.

Some of the brightest minds in real estate and on Wall Street, are now also recommending gold.  We appreciate the vote of confidence, but we’ve been saying these things for a long time.  As is mentioned in The 7.0% Solution, “...there’s never a bad time to make a good investment.”  As we head into this new season of budgetary uncertainty, it is likely that one way or another, the debt ceiling will either be raised or removed once again.  The debt will continue to grow until it becomes unmanageable and impossible to continue.  Whether that time is now, or 2 years from now, it is better to be prepared 2 years early, than 2 days late.
Posted in: Investing , History , Gold
By Bill Stack
More from this author
Did you like this post?
0
0
Search The Blog
Categories
Recent Posts