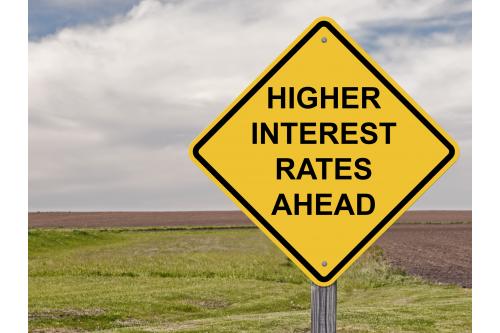 gold China interest rates inflation Oil Prices
While one of the heaviest metals in existence, gold tends to float on a sea of inflation. There are several disruptive events happening on the economic front, with signals of more to come. Normally we don’t think of inflation as disruptive, as it usually just creeps along. But history has shown us that the markers we are seeing now, are often an immediate precursor to disruptive inflationary forces up ahead. Knowing what to look for can help us prepare mentally and financially for the challenges we face, to protect our families from the ensuing financial mayhem. Some of these signals may seem counterintuitive in normal conditions, but we are living in anything but normal economic times. Thankfully, precious metals have seen these conditions before and can help lead and provide certainty, where the uncertainty of politicians and central bankers abound. Normally, we would expect rising interest rates to tamp down inflation, and in so doing, tamp down gold and silver prices. That is what the textbooks often say. But current conditions do not easily align with the textbooks. In December 2015, the Federal Reserve began raising interest rates, from an extended period of the lowest rates in 5000 years. Rates have increased by 0.25%, each of the 6 times since then, on 12/17/15, 12/14/16, 3/15/17, 6/14/17, 12/13/17, and most recently this week, 3/21/18. The Fed is uncertain whether or not they will be raised 3 or 4 more times in upcoming sessions, but believe the direction is upwards for future rate adjustments. Using an old adage about gold and interest rates would tell us that higher rates are bad for gold. In our economic environment, however, the opposite has been true.

Gold was at $1,050 when the first interest rate increase (mentioned above) was put into place back in December of 2015. Since then, gold has increased 28% measured in US Dollar terms, to $1,339 as this article is being finalized. Often, higher rates act as a drag on gold, since gold does not pay interest. But it is not more advantageous to earn an extra 0.25%, or even 1.5%, in a currency that loses 28% of its value during that period of time. One of the differences that might explain this anomaly, is that the confidence in the Dollar is less than in years past, due to the massive debt. Normally, rising interest rates would signal a strengthening Dollar. And they have this time when measured against some other fiat currencies. But not when measured against gold. A good way to shield yourself from the rising price inflation, and falling markets associated with higher interest rates, is by purchasing gold and silver.

Often, one of the precursors to general inflation is oil price inflation. Oil is one of those commodities that affect the price of nearly everything. Since most everything we purchase is shipped to us by air, land, or sea, an increase in the price of oil will increase the cost of the items shipped and purchased. Since last year, oil has increased in price by 44%, from $45 a barrel to $65 a barrel. Some items will be affected more than others, such as anything made with petroleum products, but hardly anything escapes the influence of oil prices. Utility bills, clothing, fertilizer, airline tickets or other travel expenses, things made with plastic, agricultural products harvested with machinery or transported by truck; the list goes on and on of things affected by higher oil prices, including gold. Those cost increases are beginning to reach the average American now. There is also a popular and legislative push going on to raise labor costs, another driver of general price inflation. Notably is the push to increase the minimum wage to $15 per hour, in many jurisdictions. While the motivation seems noble - to help everyone earn a “living wage”, the effects are sometimes disastrous for the intended beneficiaries. For some businesses, this is a 100% increase in the wage costs to hire a new employee. The effects of this increase lead to fewer new jobs available, and increase costs to the consumer for the items being produced or sold. Some employers are choosing to invest in robots or machines, instead of paying higher introductory wages. While not the intended effect by the proponents of minimum wage increases, it is often the reality.

Due to a recent tariff and trade war announced by the United States, China has announced some tariffs of their own, in response. Besides this, the internal rate of inflation in China is currently running at a 4-year high. Because of the immense volume of goods produced in China that are purchased by the US (and the world), China can export that inflation to the rest of the world. In other words, besides the inflationary forces already present in the American economy, we will also be importing the inflation occurring in other nations from which we purchase goods.

If it seems as though the pressures on our costs of living are set to rise, it is because they are. We are overdue for disruptive inflation, that often happens about every 30 years. In 1915, inflation was 1%, but by 1917, had jumped to 17%. In 1945, inflation was 2%, and was 14% by 1947. In 1972, inflation of 3% became 11% by 1974. According to this pattern, we are about 10-yrs overdue for double-digit inflation to manifest. It doesn’t look like we will have to wait much longer now. Thankfully for us, we can still protect ourselves. Many overseas already are; perhaps it is time to follow their lead  and protect ourselves. Protect ourselves from what? The important question is, what does all this inflation mean to you and me? It means the Dollars in our wallets, purses, and bank accounts will purchase less next year, and in coming years than they will today. It means that a value meal might cost $10, instead of $7 (used to be $3). It means having to earn more money to buy the same things. It means costs rising faster than wages, while the stock market plummets. Unless we take action to preserve our future purchasing power, our quality of life here in the United States can be diminished. By allocating a portion of our assets to precious metals, our future financial stability can be assured. If the sea of inflation is rising, shouldn’t you be rising with it?
Posted in: Investing , Gold
By Bill Stack
More from this author
Did you like this post?
0
0
Search The Blog
Categories
Recent Posts