Investing in Gold and Silver During the Age of Inflation 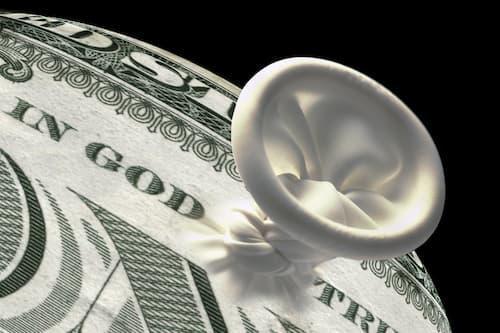 Investing in Gold and Silver During the Age of Inflation

In an earlier article, we discussed remarks given by the Fed Chairman and others during a recent press conference on the looming debt limit crisis, and what impact these two things might have on precious metals prices as we move forward from here. It appears that the “crisis” of breaching the debt limit has now been postponed until December 2022, but the issue of the debt level itself continues to weigh heavily on the minds of many. To explain why increasing the debt limit is considered such a critical necessity, consider for a moment what your individual finances would look like if you used a credit card to make every purchase (or maybe a few credit cards). Instead of paying for things outright, you used the credit card(s) and then occasionally made payments to the credit card company(ies). Then, instead of consistently paying down your debt a little bit each month, you consistently increase it each month by borrowing more than what you are able to pay on the bills.

When you use credit from one card to pay the bill for another card, it is imperative to have a constantly increasing debt limit, or it is game over.  Instead of credit cards, now substitute Treasury bonds, bills, or notes.  The Treasury cannot issue more debt to pay previous bills, just like you could not use one credit card to make payments on another, unless the credit limit is removed or raised sufficiently to allow the debt to continue to expand.  This article by ABC News puts it rather succinctly, with the explanation that “[t]he debt ceiling puts a limit on how much money the U.S. government can borrow to pay its bills.”  In essence, we are using new credit to make payments on previous credit.  Unfortunately, we have reached the point at which interest payments due on current debt exceed the revenue collected via taxation (see graphic).

Raising the debt limit was previously painless when other countries were willing to purchase and use our expanding debt instruments.  But today, there is much less appetite or willingness to loan the U.S. money since the payments often come in the form of new IOUs to replace the old IOUs, or as recently created devalued dollars.  As a result, the Federal Reserve has become the “buyer of last resort” of the newly issued Treasury debt that has been created to pay off previous debts as they come due.  But the balance sheet of the Federal Reserve now exceeds $8.4 trillion, and it seems uncertain how much more the books can handle, regardless of whether the debt limit is expanded or not.  There is an unknown answer to the question, “How much money can we loan ourselves before the local populace begins to reject the dollar?”  Perhaps we are getting closer to discovering that answer.

When most governments and other entities around the world wanted and used dollar-based assets to complete international transactions, there was little need to tamp down competing currency alternatives among the local populace.  Some believe that the repeated efforts to throttle gold and silver prices, and the new regulatory emphasis on cryptocurrencies, are evidence that Americans are waking up to the idea of needing to protect their purchasing power from devalued dollars.  White House economic adviser Jared Bernstein indicated recently that higher inflation is likely to stay elevated longer than previously expected.  For many in the precious metals community, this is simply stating the obvious, but for some, this information might come as an unwelcome shock.

Previous bouts of significant inflation were dealt with by raising interest rates to levels that helped slow the economy down, as then-Fed Chairman Paul Volcker did in the early 1980s.  I believe that a similar strategy would be more difficult to implement today, and would likely not work, for a couple of reasons.  As mentioned in the second paragraph above, we are already unable to pay the interest costs on current debts with the income received from taxation.  Keep in mind, this is with interest rates at an extreme low; virtually negative when considering the effects of inflation.   To raise interest rates now in any significant way would also mean further increases in debt levels and taxation increases to help pay for the higher interest rates.

There is little appetite in Washington to openly raise taxes on the masses, with recent promises of no tax increases for most people.  But it is difficult to raise revenue when so few Americans are being tapped to raise it.  Taxes have a way of spreading out to affect the masses, even when they are not directly targeted.  An observation that became known as Hauser’s Law indicates that federal tax revenues have averaged 19.5% (as a percentage of GDP), whether the top tax rates were 91% or 28%.  When taxes are raised on the wealthy, those people can often find a way to dampen the effects.  But taxes raised on the poor often don’t create much revenue either.  The article cited above indicates that the best way to increase tax revenues is to increase GDP, which is another way to say, “A rising tide lifts all boats.”

Challenges of Being an Importer

But even if both interest rates and taxes were significantly raised, I believe the effects on inflation today would be muted.  The reason for the inflation we see now has to do with supply shortages.  In the early 1980s, most of our manufacturing base was here in the United States, and most of our food and agricultural items were grown or produced here.  Today, this is not the case.  Raising the borrowing costs for local manufacturers would only impact factories still here – many are not.  The only people harmed by higher taxes and higher interest rates would be American-based companies and individuals.  Meanwhile, the multitude of imported goods would still have to be purchased with devalued dollars, meaning the price inflation would continue – even with higher interest rates and more taxes.

Since raising interest rates won’t help much this time, I believe it is unlikely for us to see any significant rate increases any time soon.  The great news for those who own precious metals is that negative real interest rates traditionally provide strong support to gold prices.  The other great news is that gold and silver can help protect our purchasing power during this season of higher-than-normal inflation and can be converted into cash at a later date.  Remember to purchase your metals from a reputable dealer, who will be available to help when it is time to sell.