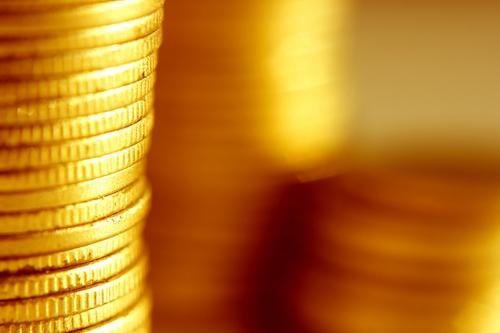 Here we are again.  For those who have been involved, or at least in tune with the world of finance for the last 10 years or so, we have returned to the familiar position of maxing out the “national credit card.”  It seems that every few years or so, we find ourselves in this position, needing to increase our credit limit.  This makes it difficult for policy makers to form plans and determine courses of action for the future.  Such a situation was borne out by the recent speech given by Fed Chairman Jerome Powell, in which he discussed slight changes in stance and upcoming policies.  An overarching and directly referenced theme in the speech was a sense of uncertainty concerning the potential solvency of the United States, and how that uncertainty might affect future Fed actions and procedures.  Today, we will look at what Powell said and, additionally, we will parse out the likely meaning and results for us as Americans and precious metals enthusiasts.

Sometimes, to get the full meaning of speeches given by government figures, we have to pay as much attention to what wasn’t said as to what was said.  Chairman Powell reiterated upfront, in the first paragraph of his speech, a commitment to “maximum employment and price stability.”  He then went on to say that while progress has been made on some fronts of the COVID-19 related economic recovery, challenges remain, which warrant further observation.  Reaching maximum employment has thus far proven elusive, while inflation has exceeded expectations and may continue to do so for the remainder of the year.  Inflations projections for the next two to three years are 2.2% and 2.1% respectively, to which the Chairman quipped that “…I don’t think that households are going to, you know, notice a couple of tenths of an overshoot.”  He also mentioned that inflation was “moderately higher” than the stated goal of the Fed’s 2% over time target.  This year, the median inflation level will end up being 4.2% for 2021.

The Chairman hopes to announce a beginning to asset purchase tapering as early as the next FOMC meeting in November, and believes they might be finished tapering by the middle of 2022.  Tapering refers to an asset purchase program expanded during the pandemic, whereby the Federal Reserve has been purchasing $120 billion of financial assets per month to help keep the markets functioning smoothly.  Some analysts believe the Fed’s ability to slow or stop these purchases could be limited, depending upon the impact to financial markets.  In any event, a decision to begin tapering could also be quickly reversed.  As the attached graphics indicate, assets purchased by the Fed have more than doubled since the pandemic began and have increased 10-fold since the Great Recession of 2007-08.  The Fed currently sits on $8.49 trillion in assets.

What does it mean for the Fed to purchase assets?  It can be a frightening discussion, but is one we need to have.  Essentially, the Fed has purchased nearly $8.5 trillion of securities (mostly U.S. government securities), for which there was little appetite in the marketplace.  In other words, they “purchased” bonds there were few buyers for.  If they did not make these purchases, it is likely the credit markets would have frozen up, interest rates would have risen beyond serviceable levels, or both.  So, as the national debt exceeds $28 trillion (and grows by $1 million every 25 seconds, as you can observe here), nearly one-third of that debt amount is owned by the Federal Reserve.  What does it say about the stability of our financial condition that this much intervention is required to keep the U.S. economy from imploding?  To me, it says we, as individual Americans, should own precious metals to bring stability to our personal financial conditions.

As unsustainable as our financial system currently seems, some believe the only way to prevent a collapse is to increase debt levels further.  Since many nations have stopped or slowed the purchase of U.S. government debt, the Federal Reserve is left as the buyer of last resort.  The issue of increasing the debt ceiling was discussed by Chairman Powell, who said that if Congress failed to raise or suspend the debt ceiling, the impending default could cause “severe damage” to the economy and financial markets.  He went on to say that the Federal Reserve could not protect the markets or economy without an increase to national debt limits.  This is because the Federal Reserve cannot purchase government debt until it is created.  Further debt creation requires an agreement in Congress to do so, or it will stop at the last limit imposed, thereby causing another government shutdown and likely seizure of the credit markets

What is a Reverse Repo?

The approaching debt ceiling limit has also caused the Fed to expand their “Reverse Repo Facility” to record heights of over $1.3 trillion last week.  Because the U.S. Treasury is limited in its ability to issue new debt (until the debt ceiling is increased or eliminated), many market participants (such as money market funds) have nowhere safe to stow their growing piles of cash.  They can deposit these assets overnight at the Fed, which has agreed to pay interest on them (0.05% to 0.15%).  The hope is that when the debt ceiling issues are resolved, there will be little need for this stopgap measure and market participants will purchase Treasury securities instead.

One of the proposed solutions to the impending debt limit crisis involves the creation of a “Trillion Dollar Platinum Coin.”  While the creation of such coins is authorized by statute and supported by some economists, the idea has been discouraged by the Fed and the U.S. Treasury because Congress may fail to increase the debt limit if they think there is another way out.  Therein lies a paradox.  The Federal Reserve does not want to increase the usage of precious metals to avoid a debt ceiling crisis because it might cause Congress to not increase the debt.  I believe it is paramount for you and me to increase our personal ownership levels of precious metals because Congress is likely to increase the debt.  Since removing the implicit gold-backing of the dollar in 1971, the national debt has dramatically increased.  But as the attached graph indicates, so has the price of gold - by 46 times.

Whether from responding to the inevitable increase in the national debt ceiling, or as a means of protection from the chaos that could ensue in the meantime, I recommend owning precious metals. Physical metal vaulted professionally is one of the few assets available today that is not subjected to counter-party risk with unstable partners.