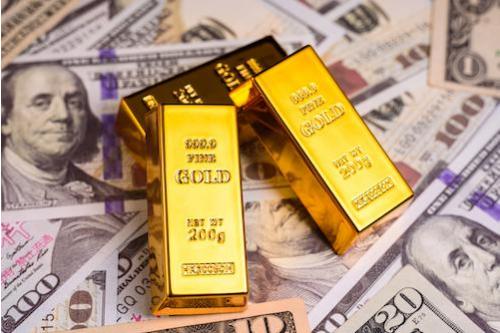 Since 1971, after adjusting for inflation, house prices are up 118%, while incomes are up only 15%. No matter how you slice it, incomes have not kept up with real (vs. official) inflation levels over time. Trends forecaster Gerald Celente recently noted that the "American Dream" is no longer a given for households with $100,000 or less income. What used to be considered an upper middle class income level, today puts a family at a disadvantage when it comes to purchasing a home or other large-ticket items. The median price for a home in 1950 was $7,354, and in 1960 was $11,900. Official inflation numbers since then imply median home prices should be $111,000 today, but instead, they are $404,700. Today we will look at official vs real inflation rates and how owning gold can help protect us from both.

A financial planning rule of thumb says that housing costs should not exceed 30% of income. Another rule says a home purchase price should not exceed 3 times a household's annual income. Due to housing inflation exceeding official inflation numbers, houses today are selling for 5.4 times the median household income of $69,178. Thankfully, 2022 might bring some relief to millennials, who have been applying for mortgages the most of any demographic. This year could see prices fall for some categories of housing, but the search for bargains requires diligence. Among households earning over $100,000, about 20% are renting today, vs 12% in 2006. It is more challenging to save enough money for a down payment with rents rising, except for those who hold their savings in gold.

Real inflation for housing, transportation, and education costs have put all income earners at a disadvantage. While life can sometimes be better for those with a higher income, those benefits sometimes feel elusive due to increased debt levels that have risen with inflation. In real terms, home prices have risen 300% since 1960. Vehicle prices have more than doubled since 2002, and college costs have more than doubled since 1992. Since debt is often used to purchase these items, debt levels have also risen by corresponding amounts. What about the income level of the average person making these purchases? Incomes tell a different story.

Since 1967, the lowest earning among us have seen gains of only 34% since then. The middle earners have gained 41%, and the highest 20% of earners have seen earnings more than double, with a 109% income increases over the last 55 years. The top 5% of earners have seen an increase of 133% since 1967. In other words, housing price inflation has exceeded the rate of income inflation for all earners, including the top 5% of earners. The triple-whammy of housing, education, and transportation debt, can make life difficult even for young couples earning $150,000 per year today. In this 2021 Parents Magazine article, mother Irina Gonzales quipped, "Today, my husband and I are making more money than either one of us has ever made—and yet we're barely surviving." Why has life become difficult for those earning six figures in America today? Some of it has to do with real vs official inflation rates.

Quoted inflation rates used to be calculated to reflect the actual increased rate of costs experienced by the average American family. Many government benefit and entitlement programs are indexed for inflation, meaning that benefit payments are increased at the rate of inflation over time. By changing the formulas used to calculate "official" inflation rates, the measurement has gradually moved further and further away from the "actual" inflation rate experienced by consumers. This helps minimize the increases in benefit payments, while also allowing the government to say inflation was low. Until now. Now they are reporting inflation numbers near 7%, and have provided the largest benefit payment increases in 40 years. As John Williams of "Shadow Government Statistics" illustrates, the real inflation rate is currently at 15%, when calculated as it used to be in 1980.

How Owning Gold Can Help

In the real-life example of Irina Gonzalez shared above, she indicated that it was their parents that helped them secure the funds to purchase a house. Often in life, we either give or receive help from another family member. That is where gold can help. By storing a portion of our savings in gold, we have an asset that tends to increase in value higher than the rate of inflation - even housing inflation, over time. Using our previous example of home prices increasing 34 times from 1960 ($11,900) until today ($404,700), it would be advantageous if we could store family savings in something like gold, that has increased 54 times over the same time period ($35 to $1830). This means more wealth is preserved after helping children purchase a home, than would be if savings are stored in dollars instead of gold. Without gold, inflation wins over time. With gold, the family wins.

Going forward, we can expect the Federal Reserve to frequently discuss the need to fight inflation. Unfortunately, there is little appetite in Washington for them to take bold actions that match their words. While Chairman Powell has been nominated for another term, it is unclear whether he will be reappointed in February. Another administration favorite is Lael Brainard, who is believed to be more inclined to continue the low-interest rate, "easy money" policies of the past. This would imply that inflation will probably continue to make life difficult for American families; including those earning 6 figures. Regardless of how much savings or income someone has, it pays to store a portion of that savings in something that offers the inflation protection of owning gold and silver.