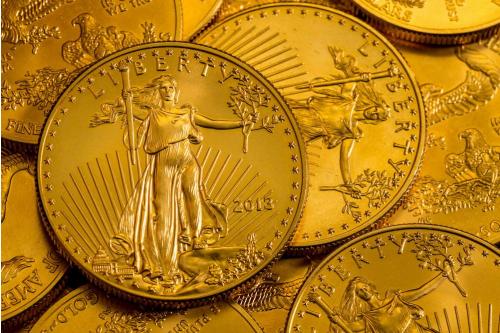 The signs are everywhere, and the Federal Reserve is no longer hinting about their desire for higher inflation.  Rather, they are broadcasting it loud and clear.  While 2% used to be the stated target for inflation, today it is viewed as a desired average over a period of time.  Since previous years saw sub-2% inflation, inflation will be allowed to run higher than 2% for awhile to help it average out.  What is inflation, and why should it matter to us?  Inflation is the rate at which the cost of goods and services rises, in fiat currency terms.  Inflation is sometimes mistaken for growth, and can create a vicious cycle of higher costs, slightly higher wages, and higher taxes.  It can also mean a higher currency price for Gold and precious metals, over time.

Governments like inflation because they can make money from it without raising tax rates.  Governments usually fight deflation, because when the cost of living decreases, so do tax revenues.  As an example, think about the new wage increases that will take place next year.  By raising the minimum wage, many states are scheduled to see hourly wages rise by government decree in January.  So people will be earning more money (source of greater state and federal income taxes), and the cost of goods and services will also rise, allowing businesses to afford the higher wages.  These cost increases in turn produce higher sales tax revenues for local municipalities and states, without them having to raise the tax rates.  Everyone (except the American public) wins - at all levels of government, when inflation grows.

One of the problems with inflation, is that the official way it is measured has been adjusted over time to keep it low.  Meanwhile, the way it is experienced by the average American is no longer captured by the official measurements, and is much higher in reality.  Unfortunately, raises in salary and government benefits such as social security or veterans pensions are often based on the “official” inflation rate (which is low).  The costs Americans pay for goods and services, however, often rise at a rate much higher than the “official” rate their income raises are based on.  This leads to an imbalance in the personal finances of many who experience a lower standard of living as they progress through retirement.

A simple way to protect yourself and your family is by owning precious metals.  There is an established floor underneath the price of Gold or Silver, which is the cost to mine and refine the metals.  While this base fluctuates somewhat above or below this trend line, it is generally close to it.  In other words, prices for precious metals usually do not stay lower than the cost of production for extended periods of time.  This means that when “official” inflation raises our pensions or social security by the obligatory 1-2%, Gold and Silver have a baseline price that rises with the “unofficial” inflation rate of 7-8%, which is more reflective of the true cost of living increases experienced by average Americans.  For example, the cost of fuel has been removed from “official” inflation calculations, but is still an important component of everyday life, including for mining operations.

It has been said, “the cure for low prices is often low prices”.  That is, when the cost of a good or service falls below the cost to produce that good or service, fewer are produced.  In the case of Gold or Silver, mines cannot produce metal at a loss forever.  They will shutter a mine, rather than operate at a loss for an extended period.  When mines are shuttered, supply is decreased.  When supplies are decreased as demand is constant, prices must rise to the point of mine profitability before shuttered mines are opened again.  The prices for Gold and Silver are currently near the cost of production, which allows them to offer protection from future increases in inflation as felt by the consumer.

The reverse is also true.  The cure for high prices, is often high prices.  When prices rise above a profitability trend line, production is increased to capture the higher prices.  This can lead to an oversupply in the market, which tends to decrease the price.  As an example, there is currently an over abundance of new automobiles in the marketplace.  This has led to lower prices, as manufacturers and dealers have begun to offer discounts as high as 20-25% below the normal price.  The same can be said about our currency, the Dollar.  The Federal Reserve has been creating billions of Dollars each month, to support the economy by injecting these Dollars into the financial system.  As Dollars become more plentiful in the economy, their value or worth decreases.  This is manifested in the form of higher prices for other goods and services, in Dollar terms.  This phenomenon has also been occurring in other countries, which has led to an increase in the price of Gold in local currency terms, to record levels in over 70 nations.

Recently the Federal Reserve has pledged to inject $500 billion into the financial system near year end, to make sure there is plenty of liquidity available.  This is in addition to the hundreds of $ billions that have been added each month for the “Repo” crisis that started in September this year.  What was described as a “temporary” policy has been expanded and extended several times already since then.  We should remember that sometimes “temporary” government policies can have an air of permanence about them.  In 1971, President Nixon removed the implicit Gold backing of the Dollar, when he “temporarily” closed the Gold trading window to convert Dollars into Gold.  You can hear him use this word “temporarily” here.  This temporary policy has held for over 17,000 days and counting, and has seen Gold rise over 4200% in Dollar terms.  Even with the current 20-25% discount on new automobiles, $2,400 will not purchase a new car as it would in 1971, because Dollars have lost value since then.

With the stated goal of increasing inflation, and the new “temporary” policy of injecting hundreds of $ billions of Dollars into the financial system, Gold is set to continue to climb.  Another way to look at this, is Dollars are set to lose value over time compared to Gold or other goods and services.  What makes Gold unique is that it is easy to store, and does not deteriorate or rot over time.  It is difficult to store donuts, milk, gasoline, or shingles for the house for use in 5-10 years or longer.  But it is easy to store Gold, which can be sold in the future for enough currency to purchase whatever is needed at that time.  With interest rates at the bank deliberately set below the rate of inflation, and the stock market at all-time highs, Gold, Silver, and Platinum continue to offer a safe haven with the opportunity for growth.

Posted in: Investing, Gold
By Bill Stack
Did you like this post?
0
0
Search The Blog
Categories
Recent Posts