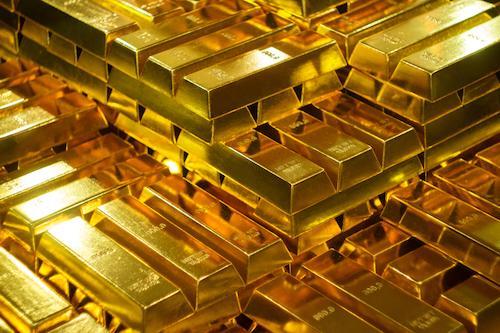 In the spring of 2019, we wrote that gold would likely see a gradual increase in price as we got closer to the implementation dates for the international banking regulations known as Basel III, and here we are, 26 and a half months later, with spot gold up 39%.  That is an annualized gain of 14.87% per year over that period of time.  These figures are as of June 21, 2021, even after the incredible gold and silver smash efforts going into the final week before the June 28th implementation date.  We are now only a week away from the next official step towards true price discovery for physical gold in the marketplace.  There are some players that have until the end of the year to comply, but much of the impact has been seen in the weeks leading up to this month.

Besides the impact to the spot price, there has also been significant progress in acknowledging the true price for physical metal.  Premiums for physical gold, using the bullion 1 oz Gold Eagle as an example, used to range from $50 to $60 over the spot price.  But as we have drawn closer to the implementation of Basel III, spot price has become less relevant as a pricing mechanism.  Premiums today are in the neighborhood of $350 for the same coin.  When we compare physical to physical, the performance of gold is even more stunning.  The bullion Gold Eagle that cost $1,353 in April of 2019 costs $2,150 today.  Physical bullion gold is up 59% price-wise in the same time period, compared to “spot” gold up 39%.  ETF holders have not seen this extra gain, but the owners of physical metal have.

Basel III makes it less profitable and more costly for banks to hold “unallocated positions” on their balance sheets.  An unallocated position is traditionally not the same thing as owning physical metal, but is rather a trading position that provides exposure to the price action of spot gold.  Often, these unallocated positions have been leveraged to influence the price of gold, usually in a downward direction.  As we mentioned here, banks have paid billions of dollars in fines for manipulating precious metals prices and markets, often using leverage and unallocated positions.  Between now and the end of this year, there will be far fewer incentives and participants holding unallocated positions in the banking world.  Some believe the London Bullion Market Association, or LBMA, (where the “spot” price is fixed) might simply cease to exist after Basel III, making the physical price the only meaningful price that remains.

As I touched on last month, Basel III is also impacting silver.  While there are also other factors providing a boost to silver, Basel III has been playing an indirect role in the performance of silver.  Gold and silver rarely make significant moves alone.  What affects one, usually affects the other.  But historically, silver is the more volatile metal of the two, whether prices are rising or falling.  The last 26 and a half months have been no exception.  Spot silver is up 72%, versus spot gold up 39%.  But the growth in physical silver performance has been even more dramatic than it was for physical gold.  Using the bullion 1 oz Silver Eagle as a proxy, physical silver is up 140% since we first wrote about Basel III on April 2, 2019.

With much of the preparations for Basel III already complete, it is important to discuss what the lasting implications might be for gold and silver. As we have seen with rhodium and (to a lesser degree) palladium, physical metals prices can really soar when not being manipulated by banks using paper unallocated positions. It remains to be seen if there will be a significant uptick in the purchase of physical gold made by bullion banks to hold as an asset on their balance sheets. Due in part to massive stimulus and money creation efforts, American banks currently hold more reserves than is necessary to fulfill capital requirements. That means they do not have to replace unallocated gold positions with physical gold to remain solvent. Many of them can simply close their unallocated positions, and still have sufficient reserves without buying anything. Central banks, on the other hand, have been purchasing physical gold in 2021.

While the second quarter of the year is not yet over, it is estimated that central banks purchased over 95 tons of gold in the first quarter of 2021, and will likely add another 70 tons or so in the second quarter.  Even Federal Reserve officials are acknowledging that the dollar cannot remain the reserve currency of the world forever.  While some have speculated that the Chinese yuan might replace the dollar, the graph indicates that currently only 2% of international reserves are held as yuan.  I believe it is more likely that the next reserve currency will involve a basket of assets and currencies, one of which is likely to be gold.  In order to preserve future purchasing power, some nations have begun to liquidate dollar assets and replace them at least partially with physical gold.  As the graph indicates, the percentage of dollars used as international reserves has reached a 25-year low.

Basel III is just one piece of a much larger puzzle that highlights the importance of owning physical gold (and silver) in the days ahead. With governments worldwide creating debt at levels that exceed the collective savings in existence to repay those debts, it is important to own a currency or asset that cannot be devalued by excessive money printing. When massive debts loom large, nations (including the United States) have traditionally paid down the debt by means of inflation. Occasionally, debts have been reduced by an official revaluation of gold to a higher price. What we may see this time is a combination of both. When gold is allowed to pursue true price discovery without paper manipulation, everyone who owns gold (including indebted governments) can be protected.

There are other differences that we are likely to see in the months ahead. While the prices for physical gold and silver will likely be freer from paper manipulation than they have recently been and, therefore, able to rise to higher levels, those prices may also become more volatile than in years past. We may see more violent moves (in both directions), as liquidity in the precious metals markets is exchanged for a more honest pricing mechanism that is influenced by those buying and selling physical metal from one another rather than by market manipulation from banks. Spreads may also increase between the bid and ask price - that is, between what it costs to purchase gold and silver versus the prices received for selling. With the current level of instability in the financial markets, it is my belief that precious metals prices are currently more likely to experience a significant rise than a significant fall, thanks in part to Basel III.

Posted in: Investing, Silver, Gold, Market Alerts
By Bill Stack
Did you like this post?
0
0
Search The Blog
Categories
Recent Posts