From international gold to classic examples of U.S. currency used long ago, our stock is hard to match. Read on to discover the wide selection of gold products we offer. Read more about gold coins here.

There seems to be no limit to the different ways gold can be utilized today in the world. Gold is used in a variety of different industries and fields across the globe. From its uses in technology due to its extreme conductivity to its perceived application in modern medicine, the metal that carries the chemical element symbol Au is arguably the most famous metal on earth. Here at the U.S. Gold Bureau, we're more concerned with the yellow metal's value in relation to its scarcity. Since it was discovered, people have coveted it due to its rarity and beauty. We proudly offer a wide variety of gold coins, rounds, and bullion.

Perhaps one of the most adored pieces of U.S. coins is the Gold American Eagle which has been around since 1986. Originally designed by Augustus Saint-Gaudens, the coin has Lady Liberty strolling towards the viewer on the obverse, while the reverse features an eagle soaring over a nest. In the nest is another eagle and an eaglet. The words IN GOD WE TRUST can be seen to the right, in between the birds. It's worth mentioning that this coin comes in four different denominations: 1/10 of an ounce ($5), 1/4 of an ounce ($10), 1/2 ounce ($25), and 1 ounce ($50). The 22 karat gold alloy coin is comprised of nearly 92 percent gold, 3 percent silver, and roughly 5.33 percent copper. At the U.S. Gold Bureau, we offer the gold eagle coin in a variety of sizes and from numerous years. You can even find sets of the coins, each piece in Proof 70 condition and containing a certification label signed by past Mint Director Ed Moy himself.

This famous piece of currency, also coined the Gold Buffalo, carries quite a bit of history along with it. Although it was first minted in 2006, the design of the piece dates all the way back to 1913. James Earle Fraser, an American sculptor from Minnesota, originally designed what you see on the American Buffalo for the Buffalo nickel. The design's popularity throughout the decades helped cement its inclusion in today's minting of American coins. The obverse side of this gold coin features the iconic profile of a Native American, with the word LIBERTY just to the right of his head. The reverse has a left-facing buffalo with the face value of $50 just beneath its feet. The coin contains 1 Troy ounce of 24-karat gold, ensuring that the piece is worth quite a bit more than just its face value. You can find both American Buffalo bullion and graded proof coins on our site.

The Saint-Gaudens Gold Double Eagle is popular for a number of reasons. Minted from 1907 to 1933, this gold coin gets its name from both the designer of the coin and from the original "eagle" coin minted by the United States due to the Coinage Act of 1792. The eagle had a face value of $10, so naturally, the double eagle has a face value of twice that, which is $20. Augustus Saint-Gaudens was asked to design the coin by Theodore Roosevelt. He had faith in Saint-Gaudens' skills and wanted to beautify America's coinage, which he thought was overall pretty unattractive. Though Saint-Gaudens died before the minting of the coin, Roosevelt was smart to commission him; the design is famous to this day. The obverse of the coin has Lady Liberty holding an olive branch in one hand with a torch in the other. Sun rays stream out from behind her. The reverse shows an eagle in flight, soaring over a sun.

Indian Head gold coins are not to be confused with Gold American Buffalo coins. Indian Head coins have a storied history. In fact, the Indian Head gold pieces can actually refer to two different coin series. One of the runs goes from 1908 to 1915. Afterward, it was reintroduced in 1925 and was circulating for another four years, until 1929. This piece is also referred to as the Pratt-Bigelow coin, due to its designer and the story behind its design. William Sturgis Bigelow was a friend of President Roosevelt and he suggested the president hire Bela Lyon Pratt to design the coin. The obverse of the coin features a Native American with a headdress, facing to the left. On the reverse, Pratt put an eagle perched on a branch, with the words UNITED STATES OF AMERICA above him. The face value of this coin can be found in either $2.50 or $5.

The other Indian Head coin is also known as the Indian Head eagle. This coin was designed by Augustus Saint-Gaudens, and actually features quite a similar design to the other gold Indian coin. Minted from 1907 to 1933, this piece carries a face value of $10, just like the other eagle coins. Saint-Gaudens' design, like the Lyon-Pratt's, has an obverse side featuring a profile of Lady Liberty wearing a Native American headdress, but in this display 13 stars are floating above her head. The reverse has an eagle perched on a branch with the face value of the coin underneath the eagle, appearing as "TEN DOLLARS". At the U.S. Gold Bureau we offer both versions of the Indian Head gold piece from a number of different years.

The Gold Liberty Head coin is another example of the double eagle. This version is a bit older than some of the more famous double eagles. It was first minted in 1849 and the minting stretched to 1907. Like most pieces of U.S. currency, these coins were minted in five different minting facilities through the years: Carson City, Denver, New Orleans, Philadelphia, or San Francisco. The mint mark will be either a CC, D, O, or S, based on the mint where it was produced. If no mint mark is visible, this just means that the coin was minted in Philadelphia, as coins minted in that facility don't carry a mintmark. The Chief Engraver at the time, James B. Longacre, was tasked with designing the coin. The head of Lady Liberty sits in profile on the obverse and her head is tilted slightly upward. The reverse has a heraldic image: an eagle sits behind a shield, clasping in its left talons a bundle of arrows. The words IN GOD WE TRUST sit above its head. Just like other double eagles, this piece of American currency carries a face value of $20.

The U.S. Gold Bureau doesn't just sell American gold bullion and coins, we also offer a variety of other international gold coins. In fact, there are mints everywhere around the world. For instance, the Royal Canadian Mint produces Canadian Gold Maple Leaf coins, the Perth Mint puts out the Gold Australian Kangaroo, Swissmint, the official mint of Switzerland, mints the Swiss Franc gold coin, The Austrian Mint produces the Gold Philharmonic, and the Krugerrand is minted by the South African Mint. All of these are available on our site.

One of the largest selections we carry at the U.S. Gold Bureau is our array of commemorative coins. These types of coins are special in that they're minted by the U.S. Mint and theoretically be used as legal tender, but they are not intended for circulation, since the face value is so much less than the value of the metal they contain. A lot of the value of commemorative coins is dependent on factors like the condition of the coin, rarity, and its certification grade. Some of the more popular commemorative pieces are those from the First Spouse series. These coins feature spouses of American presidents on the obverse of the coin. The reverse of the coin always differs depending on the spouse. For example, the reverse of the Eliza Johnson coin, who was the First Lady of Lyndon Johnson, features an image of children dancing while a violinist plays. The design is meant to depict Lyndon Johnson's 60th birthday. Look through our stock to see even more First Spouse coins and scope out the variety for yourself. 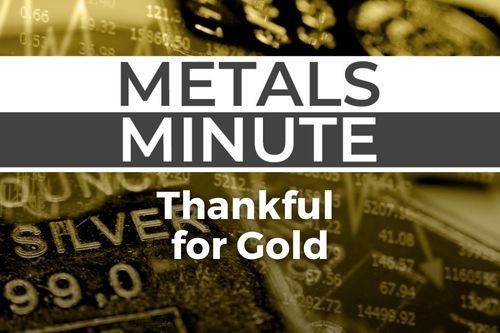 Metals Minute 164: Thankful for Gold
There are signs of economic turmoil on the horizon, with recessionary signals from the bond market flashing...
Read more
Posted in: Investing Market Alerts 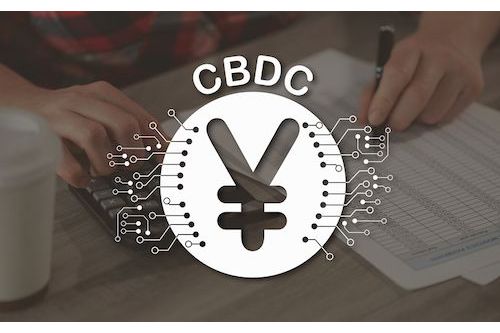 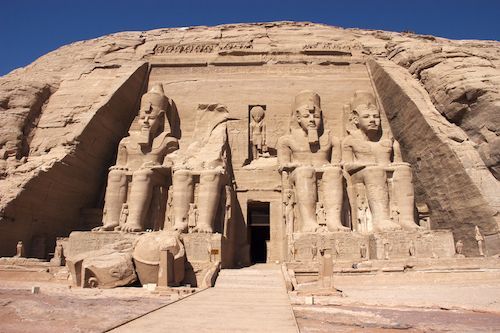 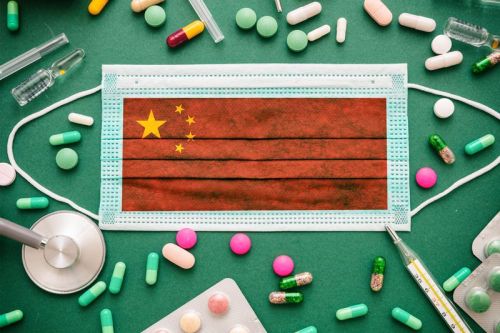