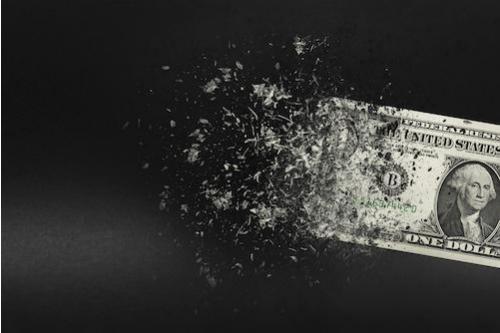 Earlier, we discussed the COLA related to Social Security and other government pension programs and how it raised to the highest levels in 40 years. As we saw, gold and silver have performed better than the combined COLA adjustments through the years and deserve a place in every portfolio. But now, inflation that was supposed to be "limited and transitory" exceeds the large COLA announced for 2022. This predicament magnifies the importance of owning gold and silver for those investors wanting to preserve their purchasing power. Last week, gold posted the best weekly performance since May, with gold futures rising nearly 3%. All precious metals rallied, with palladium up 4.4%, silver up 4.9%, and platinum up 5.2% for the week. These increases are occurring against the backdrop of the annual inflation rate rising to 6.2%, the highest in 31 years.

Party Over Before it Started

Before getting to celebrate the highest COLA adjustment in 40 years, retirees (and those who hope to retire someday) have already seen the proposed raise overcome by the current inflation rate, as announced Wednesday. In other words, the current inflation rate of 6.2% already exceeds the 5.9% COLA that begins next month for veterans and other retirees. Inflation affects those currently receiving Social Security payments and those currently contributing payroll taxes. Inflation at these rates prompts a further discussion about the long-term effects on the purchasing power of social security payments and what we can do to make up the deficit between its current and future purchasing power. There is much we can do besides waiting for policy changes in Congress to address the coming shortfalls.

People don't spend a lot of time thinking about interest rates and COLA adjustments. But for those destined to draw social security now or in the future (most of us), interest rates and COLA adjustments can play an important role in our future standard of living. Whether we think about them or not, they quietly help determine our current and future quality of life. Over the years, a slight mismatch between the two can make a huge difference, affecting the social security trust fund balance and our level of happiness. Those who recognize the discrepancies early have time to fortify their future and close the gaps by owning precious metals.

Four factors directly impact the Old Age and Survivors Insurance (OASI) Trust Fund (Social Security) balance from year to year. Namely, the number and average wage of Americans paying payroll taxes, the interest rates paid on treasury securities owned by the trust fund, the number of Americans receiving benefits, and the COLA established from year to year. The trustee report for 2020 (issued in 2021)indicated that the level of employment, the average income level, and interest rates dropped significantly, leading to the most significant deficit between income and outgo in the trust fund. The fund balance is down 2%, year over year. The fund balance also dropped 0.8% in 2018 but has otherwise grown or maintained the balance since 1990.

The interest rate earned on treasury securities owned by the OASI Trust Fund has steadily decreased over the last 30 years from 8.7% to the current rate of 2.4%. Income from treasury interest peaked in 2010 at $108 billion but has steadily fallen 35% since, to $70 billion in 2021. As long as interest rates remain low, improvement in the interest income is not likely to occur. With the Baby Boomers entering retirement more rapidly, the amount withdrawn from Social Security has continued to climb each year. But with fewer people working last year (and so far this year), the amount contributed has decreased. Hopefully, the labor shortages will be worked out soon, and contributions will be increased again.

Unfortunately, death rates have increased over the last year related to the pandemic. While this is not a preferred outcome, it has reduced the payments being made by Social Security. Projections are somewhat uncertain going forward regarding how many will be contributing to the workforce and how many additional earlier-than-normal deaths may occur over the next few years - whether from illness or vaccine complications. This makes projecting future OASI Trust Fund balances more difficult. What is more certain, is that interest rates are not likely to rise significantly due to the level of indebtedness. It is also likely that future COLA adjustments will continue to be lower than the actual inflation rates experienced by the average American, just as it is now. These shortfalls compound over time, making the impact to purchasing power greater for someone retiring in 20 years, than for those retired today.

Sometimes politicians discuss various ways to "fix" the shortfalls in the Social Security payment system. Usually, these discussions involve some combination of increasing the payroll taxes for current and future employees, reducing the benefits received by future recipients, or increasing the age requirement to receive benefits. These discussions rarely bring about change. What does bring about change are the adjustments to CPI, COLA calculations, and interest rates? Unfortunately, the average person doesn't often think about how these adjustments might be harming their income security in retirement.

Instead of waiting for Congress to take sweeping action to shore up the OASI Trust Fund for future (our) generations, we can take individual action today to shore up our own financial futures. By dedicating a portion of our savings (retirement or otherwise) to precious metals that outperform the COLA adjustments, we can help ensure that our purchasing power in the future is protected. Even when Social Security payments don't purchase in 20 years what they will purchase today, owning gold and/or silver can help us enjoy a similar standard of living then. When it is time to sell some metal to supplement our income, we will be glad to own something that has outpaced the rate of inflation.

As a reminder, the type of inflation we are seeing today comes at a time when recession also looms. While this condition (called ""stagflation"") can be difficult for stocks and real estate, gold and silver traditionally do quite well. So take heart, and keep stacking…