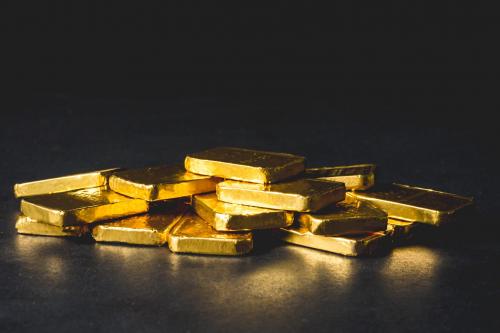 Where does one go in times like these?  Before we can answer this question, we must first determine what kind of times we have, and then gravitate towards what has historically worked best in similar circumstances.  There are troubling signs on the horizon, that indicate possible recession in the economy, and turbulence for the markets.  While most financial news outlets are not discussing recession, there are several factors that bear an uncanny resemblance to conditions before and during the “Great Recession”.  Today we will look at these factors in detail, and observe how precious metals can act as an effective bridge over the similarly troubled waters of recent history.

The Great Recession - Then and Now

At the height of the Great Recession, 26% of Americans owed more on their automobile than it was worth.  In industry parlance, they were “underwater” or “upside down” on their car loans.  Today, with some calling this the “greatest economy ever”,  33% (1/3) of Americans are underwater (see graphic), owing 20% more than their car is worth.  This is due in part to people trading in cars with negative equity, and rolling the extra amount owed into the loan for the newer vehicle.  A typical underwater borrower will purchase a car for $33,000, but begin with a $39,000 loan after the extra owed on the previous car is rolled into the new loan.  They will also be charged a higher interest rate, making it even harder to dig out.  While this makes it difficult for these individuals, it can also make it difficult for the economy if they stop making their payments.

Another potential warning sign is related to CEO turnover at major US corporations.  There was a record amount of CEO turnover in 2008, which is expected during an economic downturn.  With the US officially in the tenth year of expansion, lower CEO turnover should be the order of the day.  But it is not.  So far in 2019, CEO’s are exiting at a new record pace - even higher than at the height of the Great Recession.  While the reasons given are varied, it is unexpected to see in a good economy.  It has become more challenging for many companies to make money, and some corporate boards are looking for new leadership to navigate the waters ahead.

Mandatory bank closures have been inching up, but are still below the average yearly number of 5.  But there is a significant number of voluntary bank closures so far in 2019, with over 1,200 bank branches shutting their doors.  Banks are finding it difficult to keep branches open profitably, with more and more customers doing their business elsewhere.  Ironically, one reason people are going elsewhere is because they often cannot access credit at the bank.

Difficulties in the agricultural economy have forced some lenders to stop loaning money, while non-bank lenders have stepped in to pick up the slack.  Much of this new agricultural debt is high-interest debt, which struggling farmers have difficulty paying back.  Agricultural debt levels are over 2x what they were in 2008 (see graphic) with no signs of turning around soon.  Bankruptcies are already beginning to increase, putting further strains on the banking sector.

As you may have heard recently, banks have also been having trouble in the “Repo” market.  Back in September, the Federal Reserve began intervening to keep the financial system liquid.  Many large banks were low on reserves, and overnight loans were approaching interest rates of 10%.  In addition to the near-certain recession indicator of inverted interest rates, some believe the interjections of funds in the Repo market are meant to stave off bankruptcy and further collateral damage between some banks deemed “too big to fail”.  Zoltan Pozsar of Credit Suisse is considered the leading authority on this subject, and believes that December will be even more unstable in the Repo markets.

Retailers are also having difficulties, with nearly 9000 stores closing thus far in 2019.  Among the closures on the docket is the largest retail liquidation in history.  This in turn will affect those invested in the commercial real estate sector, with further knock-on effects for banks and Wall Street debt products.

As a brief review, we have discussed record amounts of high-risk auto and farming debt, record CEO turnover at American corporations, record liquidations and closures in the retail sector, high numbers of bank branch closures, an inverted yield curve, and extreme liquidity issues in the banking sector.  We haven’t even discussed trade war issues, record student debt levels, expanding federal deficits, or challenges with zombie corporations who can’t pay back their loans.  When we analyze any of these issues individually, they are disconcerting enough by themselves.  But when we see them happening together in the same year, it indicates that maybe the “greatest economy ever” is due for some hiccups.

Back to the original question, where does one go in times like these?  Precious metals are often a good place to be in times like these.  We have previously discussed how the metals perform during a normal recession, which we seem poised to enter.  But what if we see a repeat of 2008, or worse?  No one wants to see that; I certainly do not.  But some indicators are already beyond what we saw at the height of the 07-08 crisis.  What happened with Gold and Silver then?  Within 3 years, Gold had more than doubled in price.  Silver had more than tripled in price.

With both Gold and Silver currently trading near production costs, there is an approximate floor under current prices (in US Dollar terms).  As you may know, Gold has been setting records this year in other currencies.  It may catch up soon in Dollar terms.  There is ample political pressure for a weaker Dollar, and ample economic pressure for lower interest rates, both of which provide a tailwind for precious metals.

With stocks, bonds, and real estate in many regions near record highs, and precious metals near baseline production costs, the choice seems to be clear.  There are certain insured annuities that can help preserve the existence of your capital and provide lifetime income in environments like this.  Precious metals can help preserve your future purchasing power, and that of your family.  We call it “forever money” in The 7.0% Solution.  With recession and inflation lurking and active respectively, now is the time to enjoy the protection precious metals can provide.  When you call, ask about free shipping and low storage costs for secure storage currently available from the US Gold Bureau.

Posted in: Investing, Silver, Gold, Platinum
By Bill Stack
Did you like this post?
0
0
Search The Blog
Categories
Recent Posts