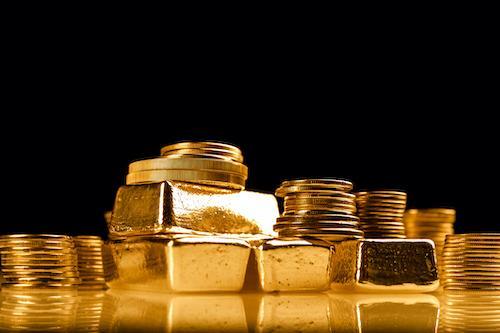 It’s as if Gold and Silver were midair when the Federal Reserve lofted the perfect alley-oop, setting up a historic slam dunk for the metals. The “alley-oop” in basketball is a unique form of assist, which can lead to a guaranteed scoring opportunity if timed correctly. This is a great way to describe a new Federal Reserve policy change, which has already helped Gold and Silver put points on the board. While this information began making waves in the investment community 6 days ago, we first alerted you to the probability of it back in December. Since then, Gold and Silver have both climbed about 28%, and seem to be just getting started.

Even analysts that have been warning of deflation for many years, have suddenly switched camps and are now warning of an impending inflation running double the Federal Reserve targeted rate. With the ability to increase the money supply being transferred directly to politicians and the US Treasury department, the Federal Reserve appears to be losing the ability to protect currency values. Not that they were especially adept at that role before, but limiting inflation was at least one of their stated goals.

To be sure, there are plenty of other forces currently at work pushing the metals higher. But it makes a difference when the underlying current is already moving in that direction.

Some of the wealthiest precious metals investors have announced plans this week to purchase $1.5 Billion worth of physical Silver in the days ahead.

While this is touted as one of the main drivers of the recent Silver rally, I believe there may be more going on behind the scenes concerning this announcement. The last thing you would want to do is cause the price of something to rise just before you purchased it. If someone wanted to purchase $1.5 Billion worth of Silver, it would be more advantageous to begin buying it quietly, without alerting the world of your intentions. A related and immediate side benefit to making such an announcement could be realized if you already owned a large stake in Gold and Silver mining operations, but I digress.

For those wanting to get on the precious metals train, there is still time. Some of the short-term price drivers such as the announcement referred to in the previous paragraph, will play out. Short-term profits will be taken by those quietly selling into the mania created by announcements to purchase, and Gold and Silver will undergo minor corrections. But the overall current is moving in an upward direction, thanks in large part to the Federal Reserve. For the first time in a long time, we may see a sound money advocate appointed to help lead the organization. While one person might not be able to steer the organization to stability by themselves, it at least lends legitimacy to the sound money concepts many of us have touted for years.

The appointment of a solitary precious metals advocate to the Federal Reserve Board, if successful, will not ensure a return to sound money anytime soon. But it will provide market commentators a “shiny object” to dangle in front of the American people, and help bring Gold and Silver back into a national discussion. Meanwhile the policies of inflation creation will continue unabated, as one of the few ways available to pay down the burgeoning debts. Those familiar with recent history know of retired Congressman Ron Paul, and his advocacy for sound money concepts for many years. His lone voice was not able to bring about meaningful monetary change in the halls of government. But those who considered what he had to say and acted on it themselves, were able to protect themselves with precious metals.

I believe we are likely to see something similar play out in the months and years ahead, in terms of a national discussion about Gold and Silver without much policy change. Those who recognize the difficulties we face will welcome the discussion, but we may not see much change in terms of official monetary policy as related to precious metals. It’s the classic bait and switch routine - talk loudly about one thing, while doing the other. This provides at least the appearance of making progress. The impetus will rest upon you and I to recognize and take advantage of this.

Taking Action Rests With Us

Even though much of the wisdom about precious metals shared by Congressman Ron Paul turned out to be correct, very little changed in the halls of Congress or in fiscal policy. His wisdom and insight only benefited those who paid attention and took action for themselves. In similar fashion, the insights shared by Judy Shelton (should she be appointed to the Federal Reserve) may excite those of us who understand and believe in sound money concepts. But she too may have little ability by herself to steer policies in that direction. But some will listen, investigate for themselves, and learn for the first time how Gold and Silver can protect us from rampant money creation.

The opportunity we have before us, is to be on the Gold and Silver train before the newly educated masses begin to catch on. And they will catch on. When the $15 minimum wage they are requesting comes and goes and their living standards are no better, they will begin to understand. When the cash arrives from the next stimulus payment, but fewer goods are available because fewer people are working, they will begin to catch on. When they save their extra Dollars to make that special purchase, and discover that the purchase price increases faster than the interest earned on their savings, they will begin to understand. In this age of inter connectivity and communication, they will share what they have learned. When these people begin getting on the precious metals train, the first class seats will be filled by those already on the train.