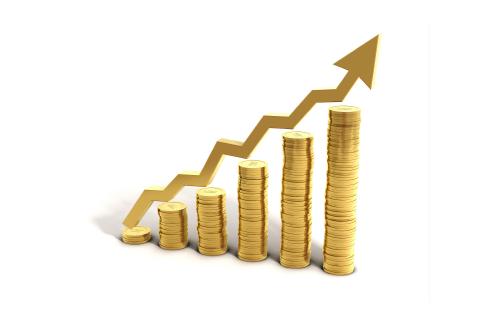 gold investing Economy gold price list price of gold dollar interest rates inflation US dollar tips
All investors like to buy low and sell high, but to do it effectively, you have got to understand the many factors that drive the price of gold. “Gold prices rise on weaker dollar,” “Federal Reserve expected to raise rates causing gold to fall,” and “Britain voting to leave the European Union forces gold above $1,500” are all headlines that have confronted investors in recent weeks. But, how does the strength of the U.S. dollar, the Fed raising rates, and what happens in Great Britain influence the price of gold? It is important to understand how fundamental events like these help impact the always-changing price of gold. There are actually many factors that affect the price of gold but knowing these four factors will help you understand the precious metals market and make an educated decision about whether investing in gold or silver is the right choice for you.

A common reason investors cite for including precious metals like gold and silver in their financial portfolios is to hedge against inflation. Sounds good, but what is inflation exactly and how does gold act as a hedge against it? Inflation is a sustained increase in the prices of goods and services causing each dollar to be less valuable when purchasing goods and services. As an example, if a piece of fruit costs $1.00 today and the rate of inflation is 3% annually then in a year you will need to pay $1.03 to buy that same piece of fruit. The initial dollar is worth less fruit due to inflation. Gold is thought to be low-risk and valued around the world, so it can provide stability when currencies struggle to maintain purchasing power. Investors will often turn to gold when they lose faith in their currency.

What exactly is the strength of the U.S. dollar, how is it measured, and why does a strong dollar mean a lower price of gold? The U.S. Dollar Index (USDX) is an index of the value (or strength) of the United States dollar relative to a select group of foreign currencies.

Included in the index are the:

The USDX goes up when the dollar gains strength compared to other currencies. This means it takes more yen or sterling or another foreign currency for each U.S. dollar. The pricing of gold is usually done in terms of the U.S. dollar. Consequently, as the strength of the U.S. dollar increases, the cost of gold for investors using currencies other than the dollar also increases. The investor using a foreign currency can afford less gold so the price goes down based on the lower demand.

Part of the responsibility of central banks is to keep inflation in a reasonable range. The central bank for the United States is commonly referred to as “the Fed.” The Fed or any other central bank adjusts the interest rate (overnight rate) at which banks can borrow money. During times of perceived risk and uncertainty, the Fed reduces the overnight rate in an attempt to encourage banks to issue more loans and prevent a recession. Quantitative easing forces central banks to create money by buying securities, from banks, with electronic cash that previously did not exist. This influx of money increases bank reserves in the economy by the quantity of assets purchased and is the reason it is called “quantitative easing.” The reasoning for quantitative easing is the reason why the gold price increases during these times. The Fed would only implement quantitative easing in uncertain economic times and during these turbulent economic times investors turn to safe-haven investments, such as gold. It is not that quantitative easing causes prices of gold to go higher but more like quantitative easing is an indicator of a recession or at best that the economy is struggling. Investors turn to gold, causing demand to go up and, in turn, pushes the price of gold higher as well.

Just as the United States has the Federal Reserve as our central bank, most other countries have their own version of the Fed. The Bank of Japan, European Central Bank, and the Swiss National Bank are all central banks. These central banks have similar roles as the Fed has for the United States. When banks fail or are faced with uncertain economic situations, it increases the demand precious metals. This increased demand increases the price of gold. The market for gold is truly global so what happens in Japan, India, Greece, and other parts of the world impacts the overall demand and price of gold. Investors, regardless of nationality, often turn to gold in difficult economic times.

The Truth About Gold & Interest Rates

It is a common belief that an increase in interest rates causes the price of gold to go down. This is important information for investors considering a proposed rate hike by the Federal Reserve in December is seen as a “done deal” by some analysts. The reasoning behind the theoretical relationship between the price of gold and interest rates is that as interest rates rise, the return on bonds and other fixed-income investments increases as well. This increase makes gold less attractive to investors, so money will flow away from gold and into bonds, decreasing demand for gold, thus lowering the overall price for the metal. This popular theory, however, is not supported by historical data. In fact, during the bull market in gold during the 1970s, interest rates were high and quadrupled by 1980. The gold price during that same time period went from $50 an ounce to $850 an ounce. The bear market that ensued for gold during the 1980s was during a period when interest rates declined as well. The stock market may actually be more negatively correlated to interest rates. The S&P 500 in 1973 and 1974, when both interest rates and the price of gold were going up, fell more than 40%. This relationship indicates that in reality there is a positive correlation between interest rates and the price of gold and not a negative relationship as most people believe.
Posted in: Investing , Gold
Did you like this post?
0
0
Search The Blog
Categories
Recent Posts