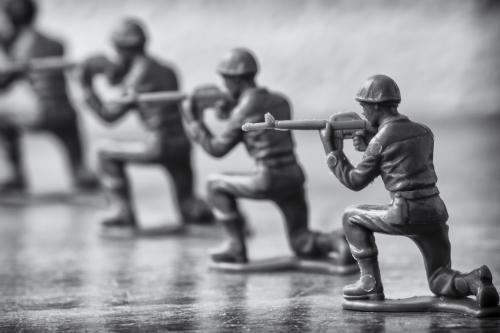 Some particularly right wing American pundits have for some time been seeing the way global politics is going as a recipe for falling headlong into World War 3. While we think this is perhaps too far-fetched to contemplate in this day of mutually assured destruction should a global war ensue in its extremes, the possibilities of perhaps limited proxy wars involving the principal global superpowers - the USA, Russia and China - are not too hard to imagine. Indeed most global flashpoints these days pit the USA and its allies, against one or other of Russia or China and their allies. 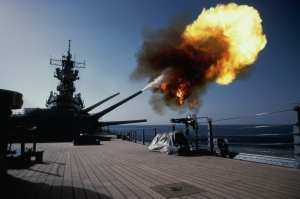 While the USA undoubtedly has the greatest military strength – its annual arms spend, even without President Trump’s promised boost - is around three to four times that of China and perhaps ten times that of Russia – indeed it is currently estimated that Saudi Arabia, the UK and India are all spending more annually on defense than Russia. This may give the U.S. military a sense that it is easily capable of global domination, but the difficulty it has found in the past in bringing conventional military action to a satisfactory conclusion perhaps belies this conclusion. There has also to be the possibility that the actual size of the military budgets in US dollars does not necessarily represent the efficiency of the spend given the likely difference in cost in procuring military systems and hardware in the West as against that in the Chinese or Russian domestic sectors.

There are, however, any number of potential flashpoints out there of which perhaps the most obvious at the moment is North Korea, which has an enormous army, almost matching that of the USA in numbers of personnel. The war of words between North Korea and the USA is vitriolic in the extreme, both with two perhaps unpredictable leaders who could precipitate an armed conflict at almost any time.

The Concern with North Korea 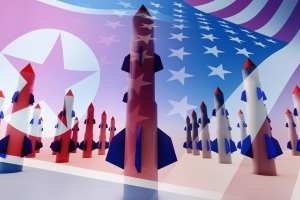 U.S. is particularly worried about the combined development of North Korea’s nuclear and ballistic missile programs and while that country’s leader, Kim Jong-un, may have blinked in the face of U.S. hostility this last weekend and not proceeded with the potential provocation of a nuclear test (It had been widely predicted that North Korea would conduct its sixth nuclear weapons test on Sunday – the 105th anniversary of the birth of the country’s founder and dynastic progenitor, Kim Il-Sung). It did, however apparently mark the occasion with a seemingly slightly less contentious test launch of what was said to be a medium-range ballistic missile – which failed spectacularly some four or five seconds into its flight.

But President Trump still seems to have taken the test missile launch, despite its failure, as a major provocation and has further bumped up his aggressive stance against what he regards as a rogue nation. In this instance Trump appears to have China on its side, but whether this apparent rapprochement would survive an armed attack on North Korea remains a moot point. And Russia has warned the U.S. against military action there too.

Not surprisingly, the prospects of what could have been a serious conflict between a small, but unpredictable, state with a limited nuclear capability, and the world’s top superpower with a thermonuclear arsenal which looks to be capable of wiping North Korea off the face of the Earth, had a strong positive effect on the global gold price. What perhaps has been surprising is that gold has remained remarkably strong since the weekend, even though the immediate prospects of a military confrontation may have diminished a little given the more severe provocation of a nuclear test was not forthcoming. 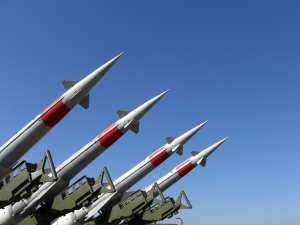 There is also the suggestion that the Americans have entered into a deal with China to reduce those particular tensions over North Korea – perhaps the USA will now go easy on any potential trade and currency confrontation with China and hold back on any serious opposition to China’s expansionist moves in the South China Sea. President Trump claims to be the master of the deal and maybe there was a positive outcome from his recent meeting with China’s President Xi which has resulted in some kind of quid pro quo agreement on these matters. But whether this would survive an actual military engagement with North Korea is rather less certain.

There would seem to be little doubt that the US would come out on top in a military confrontation with North Korea, but with what consequences? And if China was to change its approach and be drawn in to siding with North Korea – a traditional ally - the fallout could be cataclysmic.

If the US finds itself drawn into a military confrontation with North Korea and China, that might tempt Russia to take on the US in Syria and the Mediterranean, which would draw in NATO–World War 3 anyone? 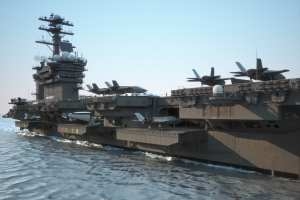 Let me say that the scenario expressed above would seem to be unlikely – surely wiser heads would prevail? There would be no real winners in a confrontation involving the US and NATO on the one side and Russia and China on the other. But major wars have started over less. The US may find confidence in its geographical location comfortably well away from any likely areas of direct conflict, but this could be a worry for other nations in the potential firing line and might lead to splits in alliances. But long lines of command could make conflict is Asia and Europe particularly problematic for the USA particularly as it would be up against forces with much greater capabilities than those it has been facing in the Middle East and Afghanistan.

But the first trigger in the potential, if unlikely, World War 3 scenario remains North Korea. If the U.S. does take military action on the grounds that if it allows the North Koreans to continue to develop its Intercontinental Ballistic Missile (ICBM) and nuclear programs then that could put the continental USA in danger at some time in the future. President Trump may consider that an unacceptable risk and implement a pre-emptive strike before North Korea can complete these programs. He will certainly be under pressure to act militarily and will know he can probably blow North Korea’s cities out of existence – but at the expense of enormous, and probably unacceptable, civilian casualties - and then what would China do? The permutations and combinations appear endless. 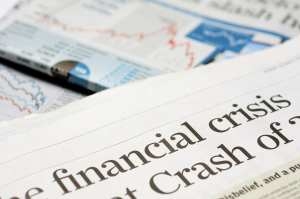 If war is the result – even if only initially limited to the Korean peninsula again (and remember what happened last time – no real winners) then hard asset prices – notably gold and silver – could skyrocket as the wealthy look to protect themselves against what the future might hold in a fairly tight supply position. The Far East in particular, as being in the initial firing line, could see a massive turn to gold. The effects on the dollar and equities markets could be pretty dire as well – the economic consequences of a war could be devastating for the US debt position, which is already in a precarious state, with exports drying up as global trade comes to a virtual halt. Gold, and the US Defense industry, could be the major beneficiaries with the former benefiting strongly from uncertainty and a weaker dollar.

If the world does become embroiled in a war – and the US may have talked itself into a corner from which it may find it hard to extricate itself without some form of military confrontation, particularly with a new president who may be keen to prove himself as a strong decision-maker – then we do see an investment in gold bullion as a wise course to take. Other options such as gold ETFs carry counter-party risk and the whole financial system could find itself in disarray, whereas a personal stock of gold coins for example can act as a protection against a banking sector collapse. Over time, gold has provided such wealth protection for many and enabled holders to set up anew after a societal collapse, which a war can bring about. Gold is insurance against financial meltdown. Always has been and always will be. Don’t say you haven’t been warned!