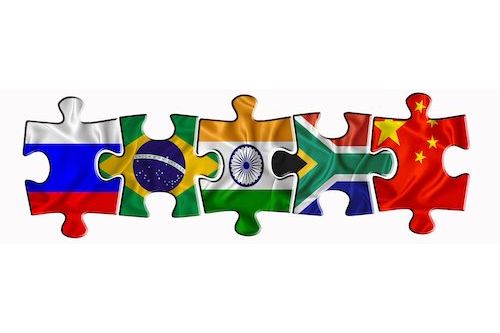 South Africa, China, and Russia will conduct joint military drills February 17-27 on the east coast of South Africa. The joint exercises will overlap February 24, the first anniversary of the Ukrainian invasion. Intelligence agencies are speculating about the timing. The South African Foreign Minister, Naledi Pandor, defended the joint operations saying, "All countries conduct military exercises with friends worldwide. It's the natural course of relations."

The comments came as Russian Foreign Minister, Sergei Lavrov, visited the South African capital, Pretoria, on January 23, 2023. South Africa is one of Moscow's most critical African allies and has declared itself a neutral party concerning Ukraine. When Russia first invaded Ukraine, South Africa called for a complete withdrawal. The South African position has changed, and they no longer call for a Russian withdrawal. Pandor cited the massive import of Western weapons to Ukraine for South Africa's position reversal. Also, South Africa has refused to vote in every United Nations resolution condemning Russia or supporting Ukraine.

South Africa is a member of the BRICS (Brazil, Russia, India, China, and South Africa) and one of the loudest proponents of Russia and China’s desire to overthrow the Dollar’s international hegemony. The South African armed forces released a statement about the upcoming drills. The exercise will be a "means to strengthen [sic] the already flourishing relations between South Africa, Russia, and China." The coming exercise will be the second military exercise involving the three countries. The first joint military drill was in 2019.

Among the weapons tested will be the next-generation Russian hypersonic Zircon missiles. The missiles can fly nine times the speed of sound and have a range of more than 600 miles. The Congressional Research Service report states that Russian and Chinese hypersonic missiles can carry nuclear warheads.  Hypersonic missiles travel on a trajectory and are challenging to detect by radar.

Former Russian President and current Deputy Chair of the Russian Federation Security Council, Dmitry Medvedev, said the fleet will be within striking distance of NATO shores and will bring anyone threatening Moscow “to their senses."

What Does It Mean?

The stated purpose of the BRICS is to overthrow the Dollar's hegemony. My long-held position is that Russia's primary objective in Ukraine is overthrowing the Dollar's hegemony according to the BRICS objective. Four days after the invasion, I warned it would be a long, expensive conflict Russia was not trying to win. Still, the war would attack the Dollar and result in massive inflation. South Africa’s behavior supports my theory. It makes sense for China and Russia to engage in military drills together, but why is South Africa offering their waters for the exercise?

South Africa is risking severe sanctions and international repercussions by allowing Russian military exercises in their coastal waters, but it doesn't seem phased. South Africa's change of position, failing to vote in every U.N. resolution for Ukraine support or Russian condemnation, and facilitating a training exercise are telegraphing many things about where their loyalties are. The only reasonable explanation is that South Africa has a plan. Its behavior is logical if it believes another international economy outside the S.W.I.F.T. banking system exists or a dramatic change is coming soon. They, and the other BRICS countries, may know a significant change is about to happen.

Last week, Saudi Arabia’s Finance Minister Mohammed al-Jadaan spoke at the Davos conference. He stated that Saudi Arabia is open to trading in currencies other than the Dollar. For almost a year, China and Saudi Arabia have been negotiating Chinese oil trading in Yuan. The two countries recently signed a new deal worth $50 billion. Why does it matter?

It all seems too convenient and well-packaged to ignore. All the BRICS countries and applying nations are taking massive actions right now to protect their economies. Opposing or potentially opposing the Dollar seems to be the common thread in all their moves.

“How did you go bankrupt?” Bill said.

There may not be a better quote to discuss the destruction of the Dollar. Nations have been moving away from the Dollar (gradually). Things have escalated so much that Russia, China, and South Africa are testing hypersonic missiles together to make that happen. If Russia were to use its science fiction weapon against a NATO state, the Dollar would meet its "suddenly." We have watched the "gradually" accelerate rapidly for at least a year. The behavior of all the BRICS nations indicates they believe something is about to break. The “suddenly” seems like it could be uncomfortably soon.

Will you be prepared and have enough gold if a "suddenly" happens?