Why Is China Buying So Much Gold? 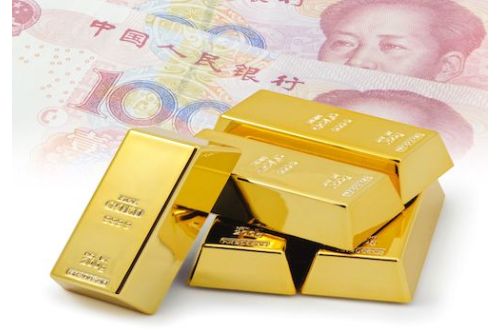 Why Is China Buying So Much Gold?

The People’s Bank of China (PBC) increased its gold holdings for the second consecutive month. The PBC raised its holdings by 30 tons in December and 32 tons in November. China now reports holding 2,010 tons of gold, which most analysts speculate is significantly more.

China rarely reports gold purchases. Before November, the last time China reported increased gold assets was in 2019, and before that was in 2016. Anonymous purchasing is a standard behavior of central banks. During the third quarter, central banks purchased a record 400 tons of gold. Central banks' total reported gold holdings are a record 36,745.8 tons. The current holdings are more than at any time in history, including the 36,606 central banks held during the Bretton Woods agreement. 75% of central banks purchased anonymously. Most analysts speculate Russia was one of the other largest anonymous buyers because Russia has been buying significant amounts of gold for years.

Is China Buying Gold to Prepare for War?

China is a calculatingly clever adversary. People have speculated about how much gold China held, bought, and sold for over a decade. It was a deliberate decision to report its purchases as it has been a conscious decision not to report at different times. In November, Chinese President Xi Jinping told the People’s Liberation Army to “focus all its energy on fighting” in preparation for war. U.S. military personnel have confirmed China is preparing for war to annex Taiwan, but not given a timeframe.

China’s behavior is like Russia's before the invasion of Ukraine. Before invading Ukraine, Russia de-dollarized its economy and stockpiled gold and Chinese Yuan. China closely watched the sanctions and the world's reaction to Russia's invasion. China has been negotiating trade agreements outside the Dollar and stockpiling gold. China may be planning an attack against Taiwan sooner than most imagine.

Despite the media and political rhetoric, Russia is not losing in Ukraine. Russia and the other BRICS countries are committed to overthrowing the Dollar’s international hegemony and creating a commodity-backed currency for international trade. Since Russia invaded Ukraine, many nations have distanced their economies from the Dollar to protect themselves from sanctions. Egypt has announced it will unpeg the Egyptian pound from the Dollar.

Russia telegraphed it was planning something for years, but only a few people acted upon their warnings. In 2013, Bloomberg reported Russia was the largest gold buyer of the previous decade. A political ally of Putin said, “The more gold a country has, the more sovereignty it will have if there’s a cataclysm with the Dollar, the Euro, the Pound, or any other reserve currency.”

After Russia invaded Crimea in 2014, the U.S. sanctioned Russia heavily. Since then, Russia began de-dollarizing its economy and buying even more gold. Russia is undoubtedly still a buyer, but no one will admit to selling it to Russia to avoid sanctions. However, China, India, Egypt, and Brazil were among the most significant third-quarter gold purchasers. Four of the five BRICS nations were among the third quarter's most prominent global gold buyers. Like Russia, they are telegraphing they are moving toward sovereignty from the Dollar.

China is the second largest economy on earth. The Chinese Yuan will be the primary currency in the BRICS currency basket. Since the BRICS want commodity-backed currencies, China increasing its known gold holdings is what one would expect to hear preceding major announcements. There is a warning from the Art of War.

“Engage people with what they expect; it is what they are able to [sic] discern and confirms their projections. It settles them into predictable patterns of response [sic], occupying their minds while [sic] you wait for the extraordinary moment — that which they cannot anticipate."

Actions speak louder than words, and China just acted predictably. The world should use extreme caution because an unanticipated “extraordinary moment” is probably coming soon.

What does it mean?

A Jewish carpenter once warned there would be wars and rumors of wars. Russia is at war in Ukraine. China may invade Taiwan, or it may not. Either way, there is financial uncertainty. Precious metals are the counterbalance to that uncertainty. Russia, China, Brazil, Egypt, India, Turkey, Qatar, and many other countries are stockpiling gold to overthrow the Dollar and ensure sovereignty. Unfortunately, most people will not take action to defend their sovereignty. You don't have to be like most people. If the largest central banks and governments are buying record amounts of gold to protect themselves from the dangers of the Dollar, what should you do?