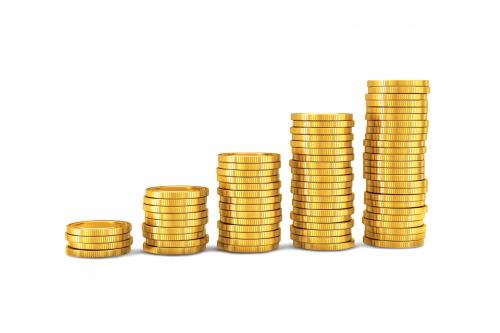 Gold Investing
The gold price has now made four runs at breaching the $1,300 level in the past few months and it has been driven back each time – on the first three occasions from the low $1,290s. On its most recent surge it did rise through the $1,300 level before being driven sharply back on very heavy trading volumes – presumably by a mixture of high frequency trading algo levels set to see $1,300 as a sell level, helped on their way by some extra high paper gold sales volumes. In combination this all had the effect of knocking around $15-20 off gold’s peak. But there are already signs that gold investors and traders are building up steam for another shot at the elusive $1,300 level and higher, and this time they could well succeed with $1,400 gold by the end of the year as being a possible target. Some of the more bullish commentators even have it going higher – but they would say that wouldn’t they! Certainly if $1,300 is truly breached next resistance levels to further upwards movement are probably around $1,315, then $1,332 and then the psychological $1,350.

Portents for Gold are Looking Good.

Asian demand is holding up well – indeed rather better than forecast especially for India where a surge in buying ahead of the new GST tax at the beginning of July, which came in at the lower level of expectations, and gold imports, which were expected to fall off sharply once the new tax was in place, have remained higher than initially forecast. Good monsoon rains (too good in some areas) increase the likely gold take up in the second half of the year, and the major festival of Diwali, and the wedding season, arrives at the end of October and these both tend to see much buying and gifting of gold there. Chinese demand appears to be steady, running a little higher than at the same time in 2016, and India and China between them are absorbing around 80% or more of global new mined gold on their own – and it at last looks as though peak gold is indeed with us as world gold production does now appear to be turning down – perhaps by as much as 2% this year. What it will take to drive the price upwards though is probably a return of U.S. demand for physical gold. After recent U.S. inflation and consumer expectations data, commentators have certainly ruled out the likelihood of two more Fed interest rate increases, and some are now assuming the Fed won’t even implement one more rate rise this year, although we think it might if only to save face given its prediction at the end of last year that there would be three or four rate increases this year. Gold tends to react negatively to Fed moves to increase rates so any delay in so doing has to be gold positive.

Also working in gold’s favor is a weak dollar and what could be the beginnings of the long-predicted equities downturn – something the Fed would like to avoid at all costs as it is the most obvious indicator that all is not well with the economy. (Another reason for the Fed to delay on raising rates as higher borrowing costs could adversely affect an apparently fragile U.S. economy.) The dollar index is down around 9% year to date and US equities have come off their recent inflated peaks. It would not take much of a push for equity investors to take profits and put them into the precious metals as safe haven investments in case equities markets and bonds should crash. The current bull market in equities has been one of the longest on record so many ‘experts’ are predicting a significant correction at the least, and others to see a crash of the magnitude of that seen in 2008 – or worse – occurring any time soon. An interesting indicator that gold may be coming back as an investment may be seen in gold ETF activity – in particular in that of the world’s largest gold ETF – SPDR Gold Shares (GLD) - out of which 80 metric tons of gold were liquidated in the two month period from mid-June to mid-August. This seems to have reversed with 12.6 tons being added back in to the GLD holding in the past week. Sales of bullion coins and bars in the U.S. appear to have been subdued in the past few months, but the turnaround in GLD holdings does suggest that U.S. demand could start to pick up again.

The Labor Day holiday is now only 2 weeks away, after which, in theory. subdued activity in the summer months as financial sector executives take their holidays gets back to normal as businesses return to normal. This often provides an inflection point in market activity and there are a number of ways markets could react. One of these, of course, is to provide the trigger for gold to build on its current momentum and see a price boost commensurate with its now seemingly stronger fundamentals. It’s probably worth keeping an eye on GLD additions or liquidations to see which way the institutional money is trending both before and immediately after the holiday. As for silver this has been under-performing gold quite badly in recent months. The Gold:Silver ratio (GSR) – the weight of silver it takes to buy a corresponding weight of gold – has risen to between 75 and 76, from around 68 earlier in the year at a time when gold was advancing. If gold does break through $1,300 as we expect, silver could receive a strong boost bringing the GSR down to say 70 or lower. A gold price of say $1,320 would mean a short term rise in gold’s value of about 2.7%. Couple that with a GSR of 70 and that would mean a silver price of $18.85 – a rise of around 11% from current levels. However, be cautioned. Silver is a tiny market compared with gold and thus more easily manipulatable by the big money, and with enormous short positions held by Scotiabank and JP Morgan in particular the silver market is not on a level playing field. One has to second guess the big players to make money in that market. But, silver does tend to move with the gold price – and in a more volatile manner. If gold can make the kind of rises we anticipate, silver will likely do so too, but in a more exaggerated manner. The big banks like JP Morgan apparently have huge silver inventories so they can make money on the upside as well as the downside. According to analysis by Ted Butler, who probably follows the silver market more closely than anyone else, JP Morgan has a 100% record in profiting on its silver trades, whether silver is moving up or down. It has profit potential either side and its holding is big enough to move the market in either direction if it so wishes. Gold bullion may thus be the safer bet on a positive ride in precious metals. Silver is riskier and thus more of a gamble, but the rewards could be much greater if precious metals are indeed poised to advance and JP Morgan et al allow it to do so.
Posted in: Investing, Gold
By Lawrie Williams
More from this author
Did you like this post?
0
0
Search The Blog
Categories
Recent Posts