10 Most Valuable Treasures Ever Found (Part 1) 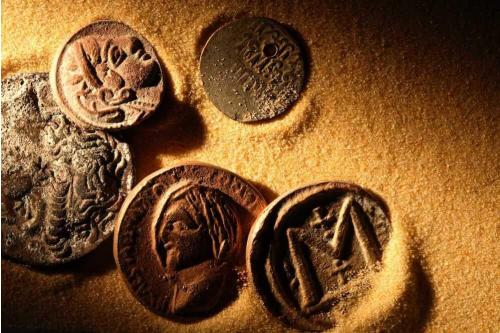 10 Most Valuable Treasures Ever Found (Part 1)

Grab your metal detectors! We are seeking some of the most valuable treasures ever discovered. From buried treasures to sunken treasures, lying beneath villages, towns, cities, farms, riverbeds, and in the depths of the ocean, who knows what is just waiting to be found? Perhaps gold coins from ancient Rome, or Anglo-Saxon armory and jewelry, crowns of kings and queens long gone, or California Gold- below you will find some of the most fantastic and valuable treasure discoveries in recent and not so recent history. Check out Part I below!

Discovered on May 15, 1840, on the southern bank of the River Ribble in an area called Cuerdale near Preston, Lancashire, England. The Cuerdale Hoard is one of the largest Viking silver hoards ever found. Featuring more than 8,600 items, including silver coins, English and Carolingian jewelry, hack silver and ingots, the hoard is four times larger than any comparable find in Britain or Ireland. 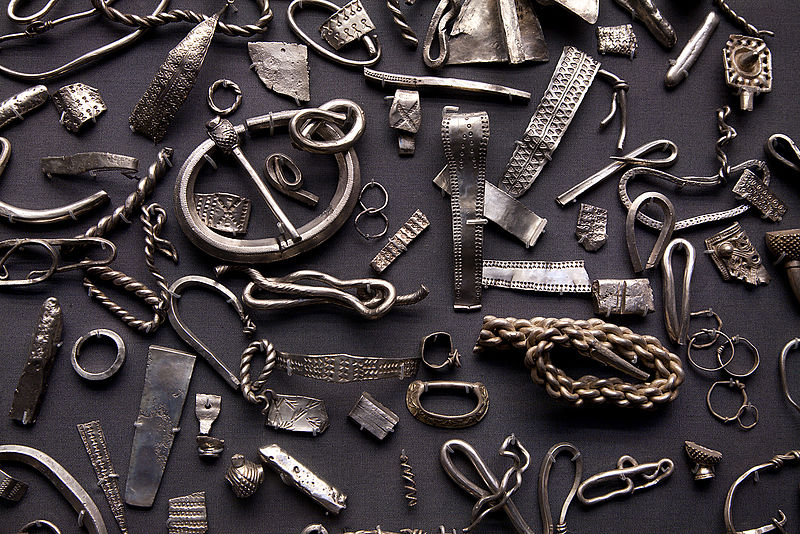 A group of workmen uncovered a lead box while making repairs to the embankment of the River Ribble.   After discovery, it was quickly recovered, declared a treasure trove, and then given to Queen Victoria as the Duke of Lancaster. The workmen did manage to keep a coin each, however.

The coins found are from three different sources; Viking kingdoms of eastern England, Alfred’s Kingdom of Wessex and coins from foreign sources including Byzantine, Scandinavian, Islamic, Papal, North Italian and Carolingian minting. The hoard was supposedly previously acquired and subsequently lost during some Viking raids of 898. The Cuerdale Hoard has an estimated worth of approximately $3.2 million.

Earlier this year, in September, Archaeologists found a jar filled with ancient Roman coins on the site of a former theater in northern Italy. 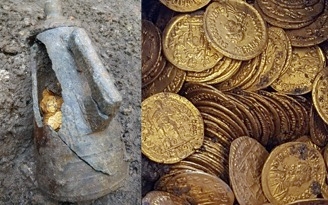 The coins, about three hundred of them, dated back to the late Roman imperial era in the fourth or fifth century and were found in a soapstone jar called an amphora. The jar was unearthed in the basement of the Cressoni Theater in Como, which is located just north of Milan near the Switzerland border. The theater had closed in 1997 and, at the time of discovery, was undergoing demolition.

The Times of London had reported that the coins had an “inestimable” value. Luca Rinaldi, the archaeology superintendent, called the find an “exceptional discovery.” The ministry did not place an initial value on the coins, but reports in the Italian media suggest they could be worth millions of dollars.

Local archaeologists suggested that the coins were buried in such a way that “whoever owned them could go retrieve them at a later moment in time.” They also theorized that the owner was not a private figure but possibly it could be a public bank or deposit as the coins “were stacked in rolls similar to those seen in the bank today.”

The coins were engraved with images of emperors Honorius, Valentinian III, Leon I, Antonio and Libio Severo. All of the coins are believed to be from before 474 AD.

As a bonus, archaeologists also uncovered a gold bar inside a jar in addition to the gold coins. The total worth of the find has yet to be determined but estimates of the trove are in the millions of dollars.

In 1992, Peter Whatling lost his hammer in a field in the village of Hoxne in Suffolk County. He asked his friend Eric Lawes, a retired gardener, to help look for it, with his metal detector in tow. Instead of finding Whatling’s hammer, the pair stumbled upon a buried treasure consisting of silver spoons, gold jewelry, and numerous gold and silver coins.

After notifying the landowners and police, archaeologists from the Suffolk Archaeological Unit carried out an emergency excavation of the site. Within a single day, the unit removed the entire hoard.

Under English common law, anything declared as a “treasure trove” belongs to the Crown if no one claims title to it. However, the customary practice at the time was to reward anyone who found and promptly reported a treasure trove with money equivalent to its market value, the money being provided by the national institution that wished to acquire the treasure.

In November 1993, the Treasure Trove Reviewing Committee valued the hoard at $1.75 million (roughly equivalent to $3.27 million in 2016), which was paid to Lawes as the finder of the treasure and then shared with Whatling. The hoard was bought by the British Museum, though it was so valuable that the museum had to call in funds from donors like the National Art Collections fund to afford it.

The hoard is mainly made up of gold and silver coins and jewelry, amounting to a total of 3.5 kilograms (7.7 pounds) in gold and 23.75 kilograms (52.4 pounds) of silver. It had been placed in a wooden chest, made mostly of entirely of oak. The treasure chest had decayed almost completely after being buried and discovered. In total, the chest consisted of 569 gold coins, 14,272 silver coins, 24 bronze coins, 29 items of gold jewelry, 98 silver spoons and ladles, four silver bowls and ladles, and a silver beaker and vase.

Four gold coins and eighty-one silver coins were later found at the site after the field was surveyed and plowed. Both earlier Iron Age and later medieval materials were also discovered. Another later excavation recovered 335 items dating to the Roman period, mostly coins but also some box fittings.

Whatling’s hammer was also located in the field and is included in the British Museum as well.

Stay tuned while we continue to unearth more of the world's greatest treasures.