Egypt Central Bank Committed to Moving Away from Dollar 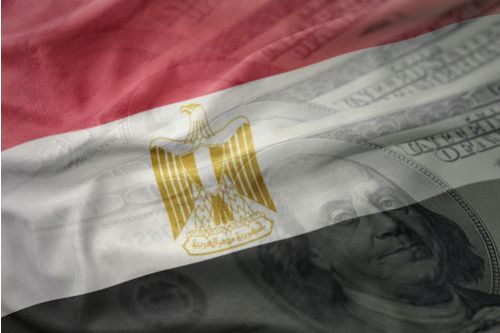 Egypt Central Bank Committed to Moving Away from Dollar

At the annual International Monetary Fund (IMF) conference, Egyptian Central Bank Governor, Hassan Abdalla, stated Egypt would develop a new currency indicator to wean people from the U.S. Dollar. Abdalla, appointed in August, does not believe the Egyptian Pound should be pegged to the Dollar. Instead, he believes Egypt should peg its currency to a basket of currencies and possibly gold.

Egypt’s plan to wean from the Dollar will accomplish several important financial objectives. The first two objectives are apparent, and the third is somewhat obtuse but probably the most significant. The first apparent result is that measuring against multiple currencies instead of the Dollar will strengthen their currency. The relatively “strong” Dollar has crushed many currencies. Egypt has not been hurt as severely, so it would get a bump in purchasing power against the Euro and English Pound. Second, it would lower the cost of attracting bond investors.

The least visible but most significant is that it would strengthen their application to join the economic alliance of the BRICS (Brazil, Russia, India, China, and South Africa). In 2017, Egypt began its application process to join the BRICS. Five countries are near the end of the application process: Turkey, Iran, Argentina, Egypt, and Saudi Arabia. In July 2022, the BRICS made an ambiguous statement that three nations were about to be approved but did not specify which. The BRICS have a stated agenda very similar to Abdalla’s plan. The BRICS want to create a basket of commodity-backed currencies to rival the Dollar and IMF Special Drawing Rights (SDR). Essentially, Egypt’s plan to de-dollarize their economy is the exact language and goal of the BRICS. It appears Egypt was using the international conference to speak to the reviewers of their BRICS application more than they were trying to dialogue with the IMF.

Egypt is the 34th largest global economy. The primary exports of Egypt are oil and other minerals (32%), chemical products (12%), agricultural products (11%) and textiles (10.5%). The U.S. State Department states the reason the U.S. supports Egypt is “The United States and Egypt share a strong partnership based on mutual interests in Middle East peace and stability, economic opportunity, and regional security." The primary reason stated is mutual interests.

Egypt's commodity-based economy is the type of economy attractive to BRICS. If BRICS accepts Egypt, the West will lose more than soft Egyptian cotton sheets. The West will lose influence in the Middle East. Egypt is an essential partner in negotiating peace between Israel and the Palestinians. Egypt is the current chair of the Arab League and a moderate Arab state compared to most of its Middle Eastern neighbors. Egypt is staunchly pro-Palestinian but has treaties with Israel. Egypt is one of the primary diplomatic mediators between Israel and the Palestinians.

Shared economic interests often create military allies. If this axiom is true, then the most logical direction for Egypt is to align politically and economically with Russia. Egypt’s alignment with Russia is not a new development. In May 2021, the U.S. passed a law stating that sanctions would be placed on any nation buying weapons from Russia. Saudi Arabia and Egypt disregarded the law and pursued military contracts with Russia. Saudi Arabia entered into multiple international military cooperation agreements, and Egypt bought Russian fighter jets. It is worth restating that Saudi Arabia and Egypt officially applied to join the BRICS.

If Egypt joins the BRICS, its economic alliances will officially be with Russia and China. There are many reasons to think that is the case already. Still, some politicians refuse to acknowledge the clear and present truth that Egypt is not our ally anymore since our interests have diverged. Russian and Israeli relations have been strained over the last several months due to Israeli retaliatory attacks against Hezbollah in Syria and Moscow hosting Hamas, Hezbollah, and Iran at the Kremlin. All three groups hosted at the Kremlin engage in repeated terrorism against Israel and pledge to “drive Israel into the sea” and “wipe them off the map.”

The easiest way to predict someone's behavior is to determine how they are rewarded. Egypt’s future is tied to Russia and China more than the U.S. It is predictable that Egypt will be less helpful in Israeli/Palestinian negotiations because those negotiations will become increasingly at odds with Russian interests. The negotiations will become at odds with Russian interests because of recent developments in Iran. Iranian protesters have hacked the Iranian nuclear facilities. Multiple documents have been leaked on Instagram, but the accounts with the documents keep getting deleted.

The rumor is that Russia and Iran have been working on Iran’s nuclear program together for years. Russia has been burying nuclear waste in the Iranian desert. If the rumors are true, both Russia and Iran are guilty of several violations of international restrictions on the Iranian nuclear program. Suppose Russia and Iran are nuclear bedfellows conspiring to deceive the International Atomic Energy Agency. In that case, Iran's acceptance of BRICS is almost guaranteed. Russia will become increasingly sympathetic to Iran's hatred of Israel, and Egypt will take a more aggressive posture.

What Does it Mean?

Egypt’s positioning takes the world a day closer to a fractured world economy. The BRICS desires to create two competing economies, one based on SDRs/Dollars and one based on a basket of BRICS currencies backed by commodities like gold and oil. Also, Egypt is a strategic bridge between violently divergent Middle Eastern philosophies. Losing Egypt won’t be covered by the mainstream media as a turning point in the history of the world. Still, Egypt moving away from the Dollar should send chills down the market’s spine. Egypt going east could be part of the infrastructure of nuclear war.

The stability of the world economy is like a game of Jenga. The whole thing tumbles to the ground when the wrong piece is pulled. However, most Jenga games end by accumulating several missing pieces, not the last one pulled. There are so many economic Jenga pieces that have been pulled. It is a matter of time until the wobbly tower comes crashing down. Egypt stating publicly that it no longer wants to be pegged to the Dollar is another loud warning that the Dollar system can't continue like this forever.

When the Dollar’s day of reckoning arrives, the worst place to have wealth is in Dollar-denominated paper assets like stocks and bonds. Paper assets share a single point of failure: the Dollar. If the Dollar fails, so do all assets priced in Dollars without intrinsic value. The best place to have wealth will be tangible assets like farmland, water, real estate, bullets, and precious metals.

Call today. Tomorrow is not promised.