US Dollar Creation on Steroids 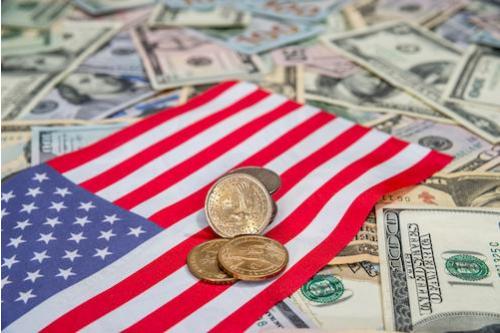 US Dollar Creation on Steroids

According to Federal Reserve Chairman Jerome Powell, “We are never going back to the old economy...” One of the ways we can learn about currency creation is by thinking about manufactured goods, and contrast that with how monetary policy is being used to set up Gold and Silver. Normally manufacturers will try to gauge the demand for a certain product, and manufacture a sufficient number of products to meet demand at an optimal price. There is usually a sweet spot to be found, that optimizes the number of units sold, the price per unit, and the total profit to the manufacturer. More supply does not always mean more profits, as an increase in supply can bring down the price and the profits. Sometimes raising the price can cause profits to decrease as well, when fewer products are sold at higher prices. By correctly gauging how many units to produce and what price to charge, a manufacturer can stay in business for a long time.

But what about the creators of world currencies? Perhaps they could take a lesson from successful manufacturers that have been in business a long time. When a car manufacturer builds a model that few people want to buy, they don’t respond by increasing production. When central bank policies and strategies do not cause people to spend money faster, central banks around the world have responded by creating more currency. The problem is, they keep providing the currency to entities that do not spend it quickly into the economy. This creates inflation in asset prices, but doesn’t help most citizens deal with every day life. There is a realization developing that spending will not increase significantly until the currency created is provided to the citizenry.

Whether or not we agree with the idea of central banks of the world handing out currency to individual citizens is irrelevant at this point. It is coming, whether we asked for it or not. And the reason is simple. Economies are imploding around the world, due in large part to COVID-19 related concerns. Debt globally is expected to be $277 Trillion by the end of December this year, with US debt expected to make up $80 Trillion of that amount. 29% of the world’s debt, with only 4% of the world’s population. Every man, woman, and child in America would have to pony up $250,000 to pay off that $80 Trillion, not including any individual loans they may have. The “debt to GDP” ratio is a measure of how much debt a nation has, in relation to how much income the nation produces. Emerging nations are now at a ratio of 250%, meaning they owe 2 1/2 times the amount they can produce in one year. Developed nations (whom we were taught to think had everything going for them) are currently at a ratio of 432%.

In other words, “developed nations” owe 4.32 times more than they can produce in a year. Often people finance a car for 4 or 5 years. But no one buys a car that requires them to pay all their earnings for 4 or 5 years. They would still have to eat, live somewhere, buy fuel for the car, and pay a multitude of other expenses from year to year. So it would seem that either many of these debts will never be paid, or they will be paid in a devalued currency, or a combination of the two. Voices worldwide, including within the United States, are calling for a “reset” of the financial and currency system. There is a global move afoot to create sovereign digital currencies, and get them into the hands of the populace. Authorities believe this will help them create the inflation they long for, by getting funds directly to those who spend them.

We’ve Never Been Here Before

In other words, something strange is going on with our Dollar and our debt. The same can be said for many other nations and currencies. This is why it is important that we have a way to protect ourselves from the massive creation of Dollars given to others, and debts being created in our name. As explained previously, a new digital Dollar created by the same people will protect our interests less, not more. Digital dollars can be frozen, or “expire” if not spent fast enough.

The Federal Reserve has created 50% of the currency created since 1913, so far in 2020. Another way to say the same thing, is we have created more Dollars in 2020, than were created in our first 200 years as a nation.

In other words, something strange is going on with our Dollar and our debt. The same can be said for many other nations and currencies. This is why it is important that we have a way to protect ourselves from the massive creation of Dollars given to others, and debts being created in our name. As explained previously, a new digital Dollar created by the same people will protect our interests less, not more. Digital dollars can be frozen, or “expire” if not spent fast enough.

If we go back to the manufacturing example, when too many cars or trucks are created the price drops. When too many Dollars are created, the value of each Dollar drops. Some have said that the Dollar is strong in the sea of currencies available today, and since it has recently dropped it might not continue to drop. But when we look further back, we can see that the Dollar today is likely to drop further over time, just to get back to it’s historical norms. With the amount of debt on the books, we are facing something other than historically normal times.

One of the best ways to protect ourselves from the consequences of mismanaged monetary policy, is to put ourselves on a Gold standard. While there was hope from many in the precious metals community that Judy Shelton would be installed as a board member of the Federal Reserve, that hope now seems dashed. Ironically, that could be the best outcome for the holders of Gold and Silver. Judy would have spoken about fiscal responsibility, and been an advocate for connecting our currency to Gold and/or Silver once again. Without a responsible adult on the board trying to limit the printing, creation, and borrowing of unbacked Dollar currency, the main beneficiaries will be those who own currency that cannot be printed, such as Gold and Silver.