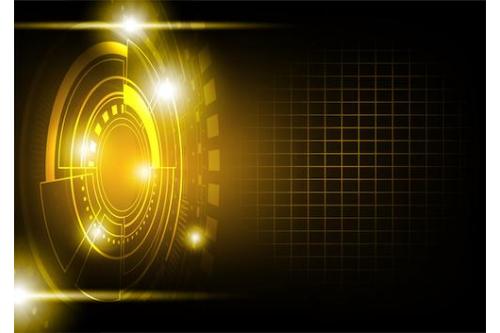 How would you feel if the government could control nearly every aspect of what you purchased, where you purchased it, and when you purchased it? Whether we like it or not, legislation is pending that would introduce a new kind of financial transaction system for every American, beginning January 1, 2021. This system would allow direct payments from the government to every citizen, resident, or business domiciled in the United States, using a new “Digital Dollar Wallet” (DDW) established at any bank. In areas where banking services are limited, a DDW can be established and serviced at the post office. A DDW is a digital pass-through account, whereby people can receive various government aid, including future COVID-19 or other emergency relief funds.

The stated intent of the pending legislation is to provide emergency funding to Americans quickly in a time of need. This was made difficult with earlier COVID-19 relief funds, due to outdated state benefit systems that were in some instances about passing on the funds to individuals who needed them. Bureaucracies sometimes become an obstacle to solving the problems they were originally created to solve. Another concern has to do with fiscally challenged local and state governments skimming from funds intended for direct aid to citizens, as “administrative fees” for handling the aid. A DDW would allow federal aid for citizens to bypass this additional gatekeeper, and be distributed evenly and quickly to all Americans, regardless of the state or city in which they reside.


So what is the problem, and why should we be concerned about receiving funds to a new digital wallet? Some would say that the IRS already issues tax refunds electronically to bank accounts, and imply that a DDW is just like that. Except it is not. Electronically deposited Dollars can be withdrawn from your bank account, and spent when and where you choose, for whatever you choose. A DDW can have many restrictions imposed from Washington or elsewhere, to allow the funds to be spent only when, where, and for what they deem necessary or important at any given time. One of the challenges this type of system seeks to address began in the early days of COVID-19, when New York City was the epicenter of draconian lockdown conditions and virus-related deaths. Despite lockdown requests and orders, many New Yorkers fled the city and headed for other states and regions to escape the virus and lockdown conditions.

This led to new quarantine directives in neighboring states, due to the influx of New Yorkers seeking relief. Later on after New York was temporarily in the clear and outbreaks of the virus were happening elsewhere, New York began restricting visitors from other locations with mandatory quarantines upon arrival. Part of the appeal for policy makers of a DDW system, is they can program each person’s digital assets to only be spendable in their local geographic area. This can restrict peoples’ movement during a pandemic or whatever other circumstances which may arise, which some believe will help authorities better manage future outbreaks. Many of those that relocated had other assets to use, and would probably not have stayed due to a location-restricted DDW. But what if DDW’s were expanded in scope, to include more than just government assistance payments?


It wouldn’t be much of a stretch to attach existing bank accounts to a DDW structure, thereby giving authorities control over many more aspects of our financial lives. This type of setup is already functioning in other locations around the world, such as in China. The “social credit score” is used in China to restrict people’s movement, based upon a variety of factors from pandemics, to undesirable personal habits such as smoking or playing video games. If you smoke in China, and then write an unpleasant letter to the editor about the authorities, your “social credit score” would suffer, and you might not be allowed to travel freely. Your electronic currency would only work in the area in which you live, and could not be used to purchase an airline ticket. The list of offenses leading to restrictions on your funds is long, and often unknown until after you have violated them.

Another type of restriction discussed recently which can be attached to a DDW has to do with time. By putting an expiration date on funds deposited into the DDW, the government can more easily influence economic activity in a region. If you believe your money will be no good after a certain date, you will likely try to spend it beforehand. Imagine this happening to everyone at the same time - suddenly inflation can be created almost anywhere. As we have discussed previously, increasing the rate of inflation is a newly stated policy goal of the Federal Reserve. By limiting the time digital assets are viable in a region (or country), they can directly influence the amount of spending. This is commonly referred to as the “velocity of money”, and is an important component of the inflation rate.

Previously when funds were distributed to Americans in the form of “economic stimulus”, money velocity slowed because people would save more instead of spending. But with a DDW loaded with digital dollars that expire if not used, spending will happen more readily in the time period preferred by policy makers. All of this begs the question, who is better at spending our money - we ourselves, or central planners at the federal government? A good prerequisite for giving financial advice to others, is to have your own finances in order. Perhaps that tilts the equation in favor of average Americans.

It has recently been reported that virus particles can survive for a month on paper currency. I do not know if that is true, but such a report could be effective at helping convince the public to accept the concept of a DDW, and move them away from cash. Normally banks are granted a window of time to order additional paper currency for the holidays, which is not being offered this year. This may make paper currency harder to come by, and cause citizens to use more electronic assets for spending. While the move away from using cash has been gradually coming, it has picked up in intensity the last few years. The DDW is merely the latest step in that progression.

Gold and Silver - A Welcomed Refuge


Where does Gold and Silver fit into all this? Nowhere, and that is the point. While the value of paper currency has been manipulated slowly downward for years, the value of digital currency can go to zero overnight. Meanwhile, Gold and Silver continue to preserve purchasing power, as they have for centuries. Was speaking with one of our clients recently that took our advice a few years ago about reducing debt and branching into protected annuities and alternative tangible assets such as Gold and Silver. While the year (2020) has been challenging for their business/income at times, their previous gains have been protected from market losses, and their precious metals have seen significant tax-advantaged gains. They seemed pleased that their net worth has continued to climb, even in the midst of a challenging business climate. Needless to say, thanks in large part to Gold and Silver, we are pleased they are pleased.

Note: For more information on DDW legislation, you can go to congress.gov and search for “Banking for All Act”

Posted in: Investing
By Bill Stack
Did you like this post?
0
0
Search The Blog
Categories
Recent Posts