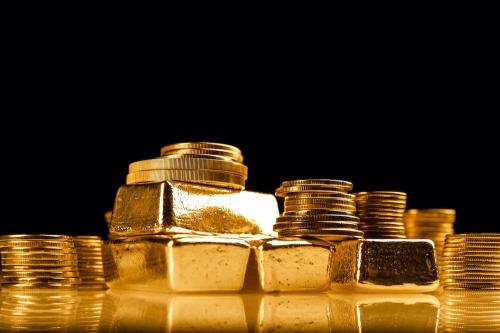 Necessity is the mother of invention.

In the age of COVID-19, this saying has proven especially true.

In late February and early March, as the Coronavirus outbreak loomed ever larger in our collective foresight, U.S. residents flocked to grocers and drug stores to stock up on supplies for what were increasingly presumed to be dark days ahead.

But what started as prudent planning for some quickly spiraled into panic-buying for others. “Preparing” became a sort of “epidemic” in its own right, with shoppers across the country succumbing to their worst fears of having to do without, or simply reacting to the anxieties of others. The stockpiling of hand sanitizer, masks, gloves, toilet paper, and cans of beans ran rampant in town after town across the United States, leaving store shelves bare and many Americans empty-handed for weeks on end.

In the wake of this frenzied consumerism, however, came an onslaught of clever “make-do” solutions to the resource scarcity problem plaguing much of the country.

With such impressive and downright inspiring tales of American ingenuity shining through in these trying times, we got to thinking about how other resources – namely, our favorite: precious metals – have been put to use in unusual and creative ways over the years.

While we’ve touched on the industrial uses of gold and silver before on the blog, we wanted to revisit the topic and expand our understanding of how these and other precious metals have, and continue to, fill voids and satisfy needs of various industries, systems, and processes across the nation and the world.

Read on to learn more!

Precious metals have permeated human history since the proverbial “beginning of time.” Gold, for example, in addition to being the earliest recorded metal used by humans, has been employed by societies dating back to the fourth millennium B.C. in the creation of artifacts and other cultural relics, according to the National Mining Association.

While gold, silver, platinum, and palladium are commonly known today for their use in coins and jewelry, these precious metals also boast an array of practical functions in varying modern-day industries.

Precious Metals in the Space, Aviation and Automobile Industries

According to NASA, gold is used to protect satellites and even astronauts themselves from solar heat and radiation. Additionally, some satellite microelectronic components are made of gold since the metal’s corrosion-resistant properties reliably allow for the static-free and instantaneous transmission of data around the world.

In 1996, the Mars Global Surveyor was deployed on a mission to record the topography of Mars, which it was able to achieve thanks to a cutting-edge gold-plated telescope mirror. As the space organization points out in the 1997 issue of its annual publication, Spinoff, “[g]old’s extremely high-quality reflectivity is critical in the capturing of laser infrared radiation that is bounced back from Mars to the mirror’s surface,” allowing for details of the planet’s terrain to be captured in exquisite detail.

Since its implementation in this late-1990s Mars exploration, the Laser Gold® process used in the Surveyor’s telescope mirror has been expanded to the manufacturing of epitaxial reactors for large semiconductor producers and in Braun-Thermoscan’s tympanic thermometer.

The airline industry also uses gold in the manufacturing of equipment.

At 30,000 feet in the air, where temperatures can dip into the minus-sixty-degree-Fahrenheit range, ice build-up on aircraft windshields can lead to unsafe flying conditions if not properly eliminated. To combat ice and frost accumulation, aircraft windshield manufacturers sometimes install a thin, transparent gold film that is equipped to channel electrical currents over the surface of the windshields for thawing and de-icing. According to a whitepaper published by Astronics Advanced Electronic Systems, a global aerospace and defense technological solutions company, “[a] voltage is applied to the film, which evenly distributes heat” across a plane’s windshield, allowing the surface to defrost in a consistent, uniform manner.

Precious metals also play a crucial role in the production of modern-day cars and other ground-transportation vehicles. Catalytic converters, which manage pollutant outputs from automobiles, are made in part of palladium or platinum.

According to a 2018 New York Times article, more than 80 percent of the entire global palladium supply was used in catalytic converters. In the past, the manufacturing of catalytic converters has called for vast amounts of platinum. Today, however, the metal has mostly been replaced by palladium due to consumers' "shift away from diesel vehicles."

Thanks to its superb electrical and thermal conductivity, silver is "a natural choice" for use in electronics, "from printed circuit boards to switches and T.V. screens," according to The Silver Institute. The organization explains that silver is used in both membrane switches like buttons for T.V.s, telephones, microwaves, toys and keyboards, and conventional switches like those found in homes to control a room’s overhead lighting. Additionally, composite boards and RFID tags often contain silver, in the form of inks and films, as do many commonplace items like C.D.s, DVDs, and plasma displays.

As we’ve written about before, gold is also widely used in tech products thanks to its appealing resistance to corrosion and, like silver, its electrical conductivity capabilities. In 2018, we reported on Apple’s staggering use of gold, including in the manufacturing of its popular iPhone, iPad, and MacBook products. Furthermore, the electronics sector as a whole used 265 tons of gold in 2017, which equated to a four percent increase from 2016 levels, according to our research.

Not to be outdone, platinum also plays a significant role in tech manufacturing. Computer hard disks that store data are made up in part of platinum, which boosts magnetic capabilities and thereby allows for increased storage capacity.

With hardness, coloration, and catalytic properties similar to those of platinum, palladium is also used in many electronic devices to help store a battery’s charge. Items like cell phones and laptops are known to contain the precious metal for such purposes.

Precious Metals in Medicine and Healthcare

Further adding to their widespread appeal, each of the four precious metals we’ve discussed to this point – gold, silver, platinum, and palladium – are also essential resources within the medical and healthcare industries.

For example, thanks to its generally low toxicity and minimal risk to humans when used per approved applications, silver has enjoyed extensive use in the medical field. The metal boasts antibacterial properties that are effective in such industry-approved methods as topical antibiotics (although such usage is generally considered to be less effective than more modern treatments), wound dressings, and as an antibiotic coating on medical devices such as catheters and ventilator endotracheal breathing tubes.

Furthermore, The Silver Institute points out that the precious metal has proven effective in combating bacteria that are increasingly resistant to chemical antibiotics.

“To fight back” against such “superbugs,” the organization points out that many medical tools and supplies such as surgical equipment, needles, stethoscopes, gowns, and other linens are often embedded with silver to ward off the harmful organisms.

Some hospitals and doctors’ offices even opt for silver-laden hardware like doorknobs and drawer handles to further sanitation efforts.

Although generally no longer a first-line treatment, injections of sodium aurothiomalate, a gold compound, or the orally-administered gold salt, auranofin, are approved therapies for rheumatoid arthritis.

The use of gold nanoparticles and synthesized glycoconjugated platinum (II) and palladium (II) complexes have been studied as potentially viable cancer treatments.

Additionally, precious metals have also been used in the production of dental implants over the years.

While gold, silver, platinum, and palladium continue to play vital roles in our modern-day economics, it’s fun to explore how these natural resources can be used in different, non-monetary ways!

To learn more about some of our favorite precious metals in coin form, check out our various resource pages here, here and here.