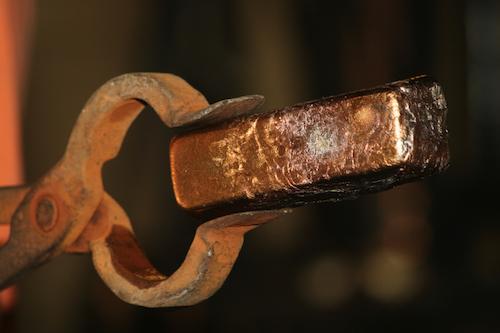 One of the globe's leading investment houses issued a stern suggestion to traders, investors and others looking to delve into a good deal: Buy gold.

Goldman Sachs noted the most significant prompt for the yellowish metal to increase in value is interest rates of the U.S., according to Business Insider. The relationship between interest rates and the price of gold was strong during the first two quarters of last year.

But, during the tail-end of the third quarter, the relationship failed as the price of gold precipitously fell after having established a record high price in early September of $1,923.70 per troy ounce.

Additional prompts of declining gold prices include the plunging U.S. real rates, which was monitored by yields on 10-year TIPS.

As the yellowish metal has resumed trading at levels that are the inverse of U.S. real rates since the final month of last year, the price of gold still is below the rate that the current 10-year TIPS yield indicates.

Goldman Sachs endorses the belief that even though the drops in value during Autumn 2011 on the 10-year TIPS yields the gold market was likely anticipating the imminent rise of real rates.

Better economic growth would have prompted that action, which would drive toward significant drops among net speculative length in futures of the yellowish metal.

Consequently, should real rates be bench marked akin to the consensus growth anticipation in the U.S., that might produce +40 bp by the end of this year.

That would drive the gold market's anticipation of real rates lower in anticipation of approaching 0 bp so that the price of gold returns to $1,840 per troy ounce, which is the six-month projection of Goldman Sachs.

The third round of monetary easing, more colloquially known as quantitative easing - or QE3, is a concept very closely watched by market observers. It also is the topic of significant speculation as the practice sees the market flooded by U.S. dollars.