Inspired by the Bank of Japan 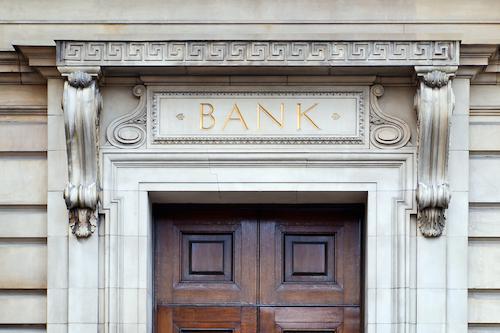 Inspired by the Bank of Japan

The Federal Reserve now appears to be imitating the actions of the Bank of Japan (BOJ), in many respects. This is potentially important for American precious metals investors because gold prices have gone up 242% more in Japan over the last 10 years than they have in the United States. Following the lead of Japan may mean outsized performance of gold in the years ahead, beyond what we previously thought possible or likely. Who couldn’t use an additional 242%? Today, I will discuss what the actions are and other similarities and differences between what the Federal Reserve (FED) appears to be doing, versus what the Bank of Japan has already done. I will also take a look at some timely developments in the “silver squeeze” movement, and how that will affect silver.

The Bank of Japan has been noted for having “success” at keeping 10-year yields on the Japanese Government Bond (JGB) at or near zero for an extended period of time. They have accomplished this yield curve control (YCC) through a variety of means. For one, the BOJ was committed to purchasing its country’s own JGBs in sufficient quantities to keep the 10-year yield at or near 0% and have followed through on that commitment. Secondly, they removed any hint of an upper limit quantity they were willing to purchase in pursuit of this goal. Recently, Federal Reserve Chairman Jerome Powell indicated a willingness to keep the financial spigots open, when he gave congressional testimony on February 24, 2021 that “Our policy is accommodative because unemployment is high and the labor market is far from maximum employment[.]”

As Long As It Takes

Another strategy of the BOJ was to provide messaging that extends the time period for their strategy to “as long as it takes,” or, in other words, indefinitely.  This was combined with a strategy to allow inflation to run higher than 2% for a while, according to this research report from 2016.  In a statement released just last week, Chairman Powell has also indicated a similar inclination to allow inflation to run higher than 2% until policy goals are achieved, without specifying how long that timeframe might be.  His comments about inflation will not be understood by anyone that buys groceries, lumber, or fuel at the gas station; he appears to be living in a bubble.

One potential difference we can observe between the BOJ and the FED is what they are doing with ETF purchases.  While the BOJ has been purchasing ETFs for 10 years, they have recently announced a possible reduction of such purchases to operate on an “as needed” basis, rather than a set amount each month.  Meanwhile, the FED began purchasing corporate bond-based ETFs for the first time last year.  It remains to be seen whether there are equity-based ETFs being considered in the FED’s “bag of tools.”  But based on how their policies have been helping boost gold prices thus far here in the United States, things appear to only get better as they follow the BOJ playbook.

As we shift our focus towards the silver market, some interesting developments have begun to unfold that may prove beneficial for silver investors.  In the last few days, several sovereign mints have reportedly begun having trouble sourcing silver for small investors. The national mints affected (to varying degrees) include the Perth Mint of Australia, the Royal Mint of Great Britain and others.  While there are often temporary outages that happen yearly, the current situation seems more dire.

Examples of reports coming from investors across the precious metals community can be found via the #Silver hashtag on Twitter, including from Australian metals authority John Adams and American silver authority David Morgan.  The shortages and delays are affecting investors worldwide.  The U.K.’s Royal Mint, for example, is facing difficulty as it deals with “unprecedented demand” for physical precious metals.  Some are reporting quotes from the Polish Mint for $85 per oz for silver bullion, though I haven’t been able to confirm that directly with the mint.  The United States Gold Bureau currently has supplies of both bullion and investment-grade products available.

While some of the shortages are due to unprecedented physical demand connected to the “silver squeeze” movement, other causes are more benign.  The Sunshine Mint, which provides coin blanks to North American mints and precious metals dealers worldwide, has been planning to move part of their operations to Nevada for several years, not knowing how the timetable would be impacted by silver demand. Any slowdown or temporary shutdown in relation to their move has amplified the effects of the “silver squeeze” happening today.

But regardless of what is causing the disconnect between the “spot” price and the physical price, this disconnect has grown more pronounced in recent months, due to an increase in physical demand for precious metals.  Historically, 1.5% to 2% of investment capital was allocated to physical precious metals.  In recent years, that allocation has dropped to 0.5% of all financial assets.  While the industrial demand for silver, platinum, and palladium continues to increase, think about what can happen when investment demand simply returns to historical norms.  As this occurs, we may see a fourfold increase in investment demand for physical gold and silver.  This fourfold increase is not unreasonable wishful thinking, but rather, a reasonable expectation based on historical averages over time.

If you are like many folks across America today, you are probably able to eat out again at the restaurant of your choice, if they are still in business.  But with fewer restaurants available, there is sometimes a considerable wait before you can be seated.  This is how it is becoming for precious metals investors.  The challenges of increased investment demand, combined with shrinking supply will likely cause us to see continued high premiums, limited availability, and longer wait times for delivery of some products.  Just as it is better to be seated and enjoying your meal in a timely fashion versus waiting hours for your name to be called, it is better to be an owner of precious metals today, than to be on a waiting list for tomorrow.