Gold & Silver Shortages Up Ahead 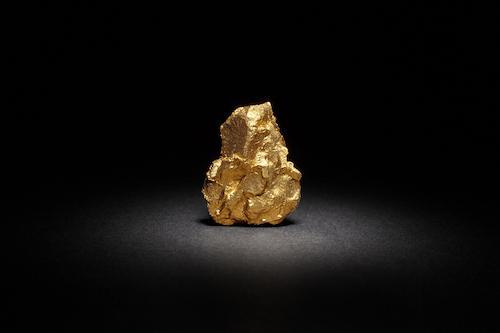 Gold & Silver Shortages Up Ahead

Often we have talked about the financial forces powering Gold upward.  Today we will discuss some interesting conditions on the horizon for Gold itself, regardless of the outward influences of financial instability or world markets.  Gold is a valuable commodity, monetary metal, and important component of modern technology.  It also provides a foundation for the financial reserves of many nations worldwide.  Demand grew during 2020, with some quarters seeing an over 400% increase in Gold coin sales from the US Mint.  But from known data as of now, we are currently mining more Gold today than we will likely mine in the foreseeable future, when production falls off the proverbial cliff (see chart below).

While some are still trying to divine the results of the national election held on November 3, we now see similar circumstances developing in the senatorial election in Georgia, held yesterday (January 5). The election looked to be leaning in one direction election night, counters called it a day, and announced they will resume counting the next morning. We shall soon see if the end results are similar. While this has many implications for Gold and Silver, the ultimate outcome for Gold and Silver prices long term is related to much more than political concerns. Regardless as to who is sworn into office in the coming weeks, there is a looming inability of miners to meet rising demand for the metals. There are both temporary and more permanent reasons for this.

Temporarily, we have the ongoing Covid pandemic diminishing the supply of Gold, Silver, and the other metals. There is a new and more deadly strain of the virus that was found in South Africa recently, and most flights out of the country have been halted. It is unknown whether or not the existing vaccines for Covid 19 will be effectual with the new strain discovered on December 18. As a result, mine production in the region has been hindered by the new outbreak. In addition, final products in the form of refined metals are unable to be shipped. Much of the refined metals from South Africa were added to global supply chains by passenger plane flights, which have been curtailed because of these new virus concerns. South Africa continues to be among the top-ten Gold producing nations, while also producing over 70% of the world’s Platinum Group Metals.

While pandemic-related production cuts have affected mining operations world-wide, there are also more long-term pressures at work reducing the availability of mined metals. Exploration for precious metals is an expensive undertaking. The recent bear market in the metals that began in 2011 reduced both the price of precious metals, and the profitability of mining operations worldwide. This in turn reduced the willingness of lenders to support mining companies with needed operating capital. As a result, many miners had to look for ways to reduce costs in order to stay afloat. One of the methods used across the board involved reducing the amount of operating capital dedicated to exploration and new discoveries. While there is money to be made from developing locations with proven reserves, great uncertainty exists when searching for new supplies. As a result, much of the searching was halted or slowed in recent years.

Significant Gold discoveries are recognized when an area is determined to have 2 million or more Troy ounces of Gold. Major discoveries of Gold have declined since 2005, with almost none since 2016 (see blue line on above chart). It should come as no surprise that production from existing mines tends to decrease over time, as metal is extracted and refined. When reduced production from existing mines is not replaced by developing new discoveries, overall mining production begins to decrease. Even when prices are rising and miners and lenders are willing to spend more freely to search for new sources, it takes time to find and develop newly discovered mine sources. As a result, there does not appear to be an increase in production coming anytime soon.

Free cash flow is defined as the cash a company produces through its operations, minus the cost of expenditures on assets. In other words, it is the amount of cash left over after a company pays for its operating expenses and capital expenditures, also known as CAPEX. As the price of Gold, Silver, and Platinum Group Metals has risen, cash produced by those mining these metals has increased as well. Gold for example has nearly doubled in price since reaching a low in mid-December of 2015. Ironically, while the price of Gold has been rising since 2015, the percentage of revenue dedicated to finding new Gold fields has continued on a downward track since 2012. The lack of new discoveries almost guarantees a supply squeeze in the near future, at the same time demand is picking up. Silver is in a similar situation, with production declining over the last 4 years, while demand and price are rising.

One of the ways miners sometimes respond to a rising Gold price is to increase production at existing mines. While this can temporarily increase supply, it also makes the eventual decline in mineable Gold more certain and more rapid. Free cash flow (FCF) at large miners is currently the highest it has been in 25 years. At the same time, exploration budgets are the lowest they have been in over a decade. This is leading to a situation that will likely be good for both the owners of Gold, and certain Gold mining exploration companies likely to be purchased by large Gold miners in the next 1-3 years. Identifying those small Gold miners can be a risky venture, and is outside the scope of this article. A more certain strategy that can still provide solid returns is to own the metals themselves.

How to Benefit From Supply Constraints

Gold, Silver, Platinum and Palladium will likely benefit from the temporary supply constraints related to the ongoing pandemic. I believe Gold and Silver will also benefit from long term supply constraints brought about in part from the lack of major discoveries in the last few years, and the resulting drop in production of both metals. When we consider these supply issues with the factors driving increased investment demand for Gold and Silver, adding ounces appears to be a great way to benefit long term.

Posted in: Investing, Silver, Gold, Platinum, Palladium
By Bill Stack
More from this author
Did you like this post?
0
0
Search The Blog
Categories
Recent Posts