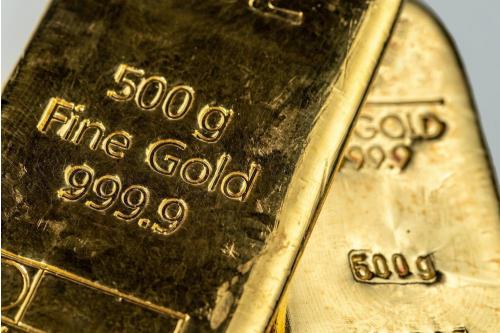 “When I need a shelter, when I need a friend, I go to the Rock...”. Thusly the lyrics of an old spiritual describe the longing people sometimes have for stability in times of great turmoil and uncertainty.  The large insurance company “Prudential” for many years used a successful ad campaign, which included a musical ditty advising people to “...get a piece of the rock...”.  While neither the song nor the ad was talking about “Gold” per se, the principle is similar to what we have been seeing on the economic front concerning the “shiny rocks” of precious metals.  Both current and recent price actions confirm that governments, central banks, and individuals have been moving assets to the relative security of Gold and Silver in these troubled times.

So Far So Good

While we may not be certain of the exact height or timing of future price moves, we try to provide our clients and readers a projection that is at least in the right direction.  Those who may have read and acted on our New Year Projections for 2019 have been handsomely rewarded for doing so, in 2 ways.  Firstly, by reducing exposure to the stock market, you have minimized losses there.  Secondly, by reallocating resources to Gold, Silver, or Platinum, you have been rewarded greatly so far this year.  The good news, as elaborated in the Mid-Year Review, is that we believe this advance has further to go.  To be sure, there will be temporary pullbacks and profit-taking opportunities for those wanting to sell, and gifts of opportunity for those looking to stack more metal.  This may also be a great time to convert Bullion to Investment Grade products, for those with significant Bullion gains.

As the attached graph illustrates, gains in the stock market have proven elusive, while precious metals have continued to march northward.  This tendency appears set to continue, for a whole host of reasons we have discussed previously.

An often-repeated reason Wall Street gives for avoiding precious metals is that “Gold and Silver pay no yield”.  We have shown before that the gains in purchasing power protection often far exceed the gains achieved from interest payments.  But this assumes the comparison is between positive interest rate products and precious metals.  Today, we have the strange phenomenon of “Negative Interest Rates”, whereby investors are guaranteed to receive a payout less than what they invested, when held to maturity.  In this environment, Gold, Silver, and Platinum offer a higher yield than $17 Trillion of bonds available for investment today.  When we discussed the likely impact of negative interest rates on Gold and Silver 4 months ago, there were only $10 Trillion such bonds in circulation.

Why on earth would anyone purchase a “negative interest rate bond”?  Certainly not for the yield.  There is an opportunity, however, to pocket some capital gains on existing bonds, as rates are lowered further into negative territory.  In this upside-down investment climate, people are purchasing stocks for yield, and bonds for capital appreciation.  When someone holds a sovereign bond that pays -0.5 %, and new bonds are paying -0.9%, suddenly the -0.5% bonds can be sold before maturity for a gain, to those hoping to lose less than they would purchasing a new bond.  This may sound like a crazy way to attempt to make money in the current investment climate,  but it is nevertheless where many find themselves.  Hopefully you are not among them.

Banks don’t like owning assets that pay negative interest rates.  This is part of the reason they recentlychanged the rules to encourage banks to purchase and hold Gold instead.  I believe that this trend may also migrate to the insurance industry.  Today insurers across Europe are dying a slow death because they have to purchase investment-grade sovereign bonds, which are paying negative interest rates.  Some insurers have considered holding cash instead, and paying policy holders from that, thereby slowing their own demise.  Let that digest for a moment.  Instead of holding bonds that pay 6-7% interest over time, many insurers must choose between holding negative yielding bonds or cash/money market instruments paying 0%.  It won’t be long before insurance companies lobby regulators to allow Gold purchases, as their brethren in the banking industry have recently done.

While Gold has recently reached new highs in 75+ currencies across the globe, we as Americans have a unique opportunity to see continued gains.  94% of the positive interest rates available worldwide, are here in the United States.  This has helped keep the Dollar strong in spite of burgeoning debts, but that is beginning to change.  International pressure, as well as the stated intention of the current administration, calls for lower interest rates in the United States, and a weaker Dollar.  Not only does Gold and Silver have much further to go before reaching new highs in Dollar terms, conditions are exactly what is needed to help get them there, and beyond.

Lower interest rates are also normally beneficial to stocks, and probably will be somewhat again.  The problem is that companies by and large are struggling, in part because American consumers are strapped.  Automobile manufacturers are cutting production and laying off workers, and real estate markets are struggling in many sectors across the US.  All it takes is a “Tweet” from the President, to send the stock market careening lower, or roaring back.  Sometimes both phenomenon occur in the same week.  The number of “Zombie” corporations in the US, whose loan interest payments have exceeded operating profits for 3 or more years, is approaching 40%.  And over half of “investment grade” corporate bonds are merely 1 step away from “junk” status, also a recent phenomenon which increases the potential for losses in the bond market.

Many investment managers must hold “investment grade” bonds in their portfolios.  With so many bonds this close to the ratings edge (BBB), a few will likely be downgraded this year.  Then they must be sold, but to whom?  Who wants to purchase risky bonds that might not pay interest?  There is usually somebody willing to take a chance on arbitrage or other complicated strategies, but not enough professional investors to keep this sector afloat.  Much pain is likely headed for those with holdings in this sector.

So given the setup of high government, corporate, and household debts, interest rates being lowered further into negative territory worldwide, and a stock market fragile enough to be whipsawed by a “Tweet”, precious metals seem to be in a sweet spot for the days ahead.  Gold, Silver, and Platinum values continue to be among the few places still growing, with significant upside potential before reaching new highs in Dollar terms.

Posted in: Investing, Silver, Gold, Platinum
By Bill Stack
More from this author
Did you like this post?
0
0
Search The Blog
Categories
Recent Posts